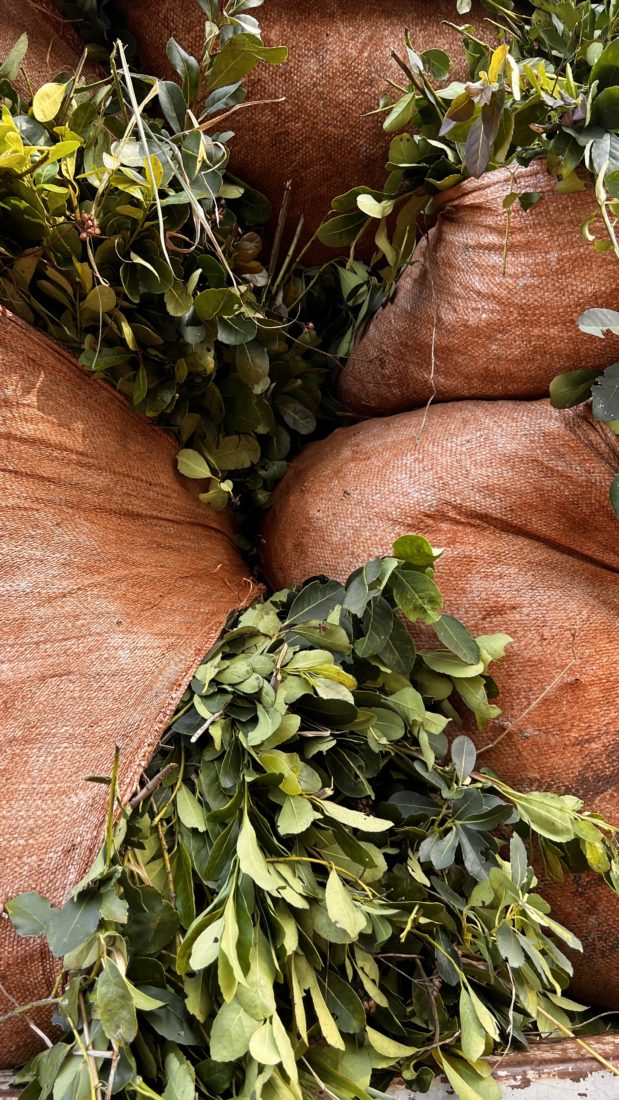 Yerba Mate – the basics and beyond

Yerba Mate – the basics and beyond

"Mate is the exact opposite to television: it arouses conversation if you are with somebody, and it brings thought if you are alone."

We are getting to grips with the wonderful history of mate with a series of blogs on this drink made from ground leaves.

When in Rome… Right? Well, in Argentina the equivalent would mean: drink mate. When visiting Awasi Iguazu you are visiting the exact region where this cultural icon is grown and harvested. 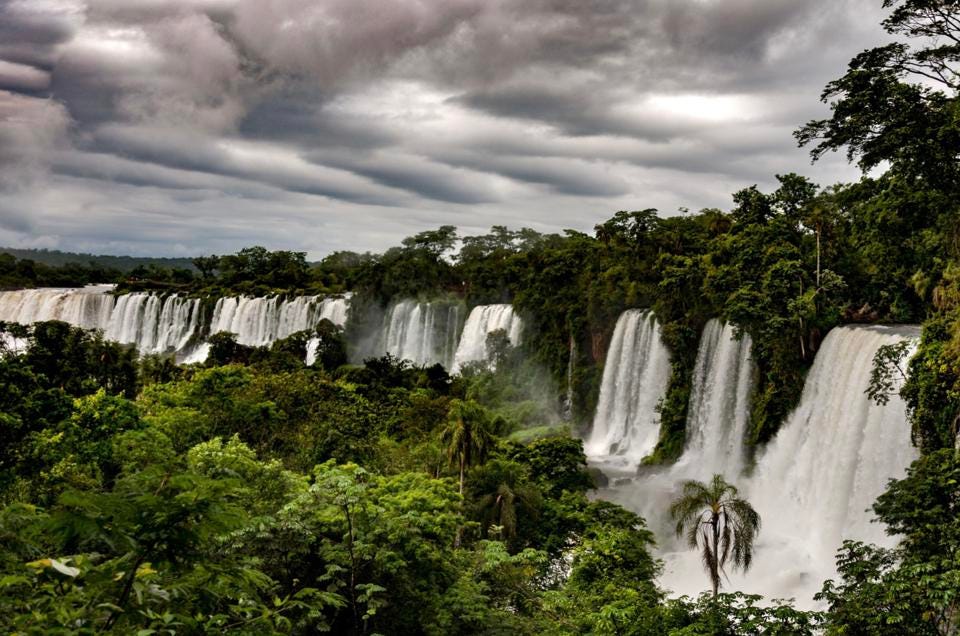 What is Yerba Mate?

“Yerba” means “herb”, and refers to the dried ground leaves of the Mate plant (Ilex paraguariensis) a shrub that grows in the North-East of Argentina, Southern Brazil and in Paraguay. Its leaves and smaller branches are dried and shredded to be infused in hot water.

Locally, it is considered an essential item in any household, so it is sold in grocery stores and supermarkets, in packets of 500gr or even 1kg, and in great variety.

Plain, with herbs, with citrus peels or even smoked (the “barbacuá” variety), there are mate options for everyone. Yerba mate is also referred to as the Jesuit’s herb, Paraguay’s tea or Caá, which is the native Guarani name for it. 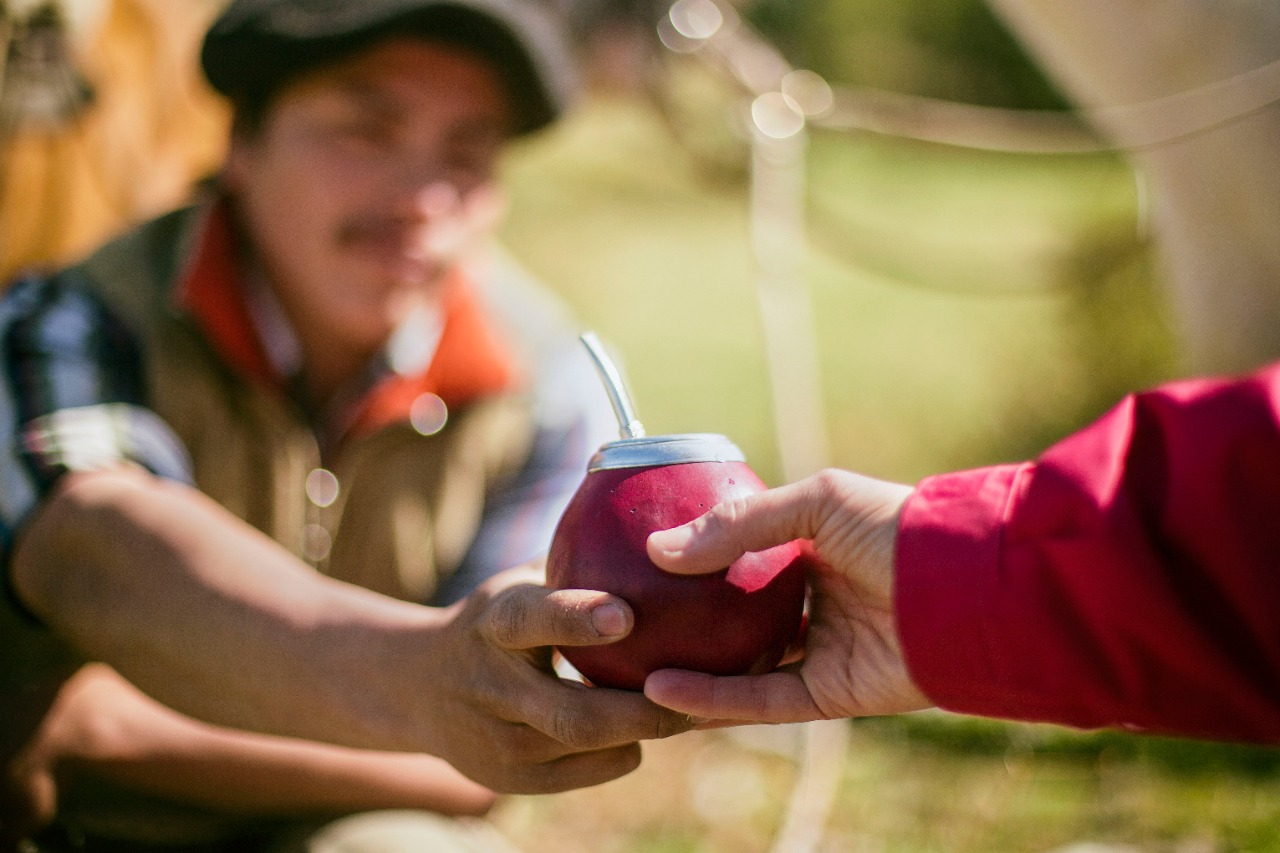 When and how to drink mate?

For locals, it’s always a good time to drink mate. Mate can be had socially or alone, for breakfast, during the afternoon or even before dinner. Even though it is a stimulating drink, you will find locals drinking it at any time.

While mate is an infusion like many others in the world, the ceremony around it requires a special set of instruments and skills. Assuming you can find original “yerba mate” in your hometown (or the internet!), you will also need two other specific items: a gourd and a bombilla.

1- Mate-gourd or “porongo“: traditionally made from a dried hollowed pumpkin, this is the recipient where the mate tea will be prepared in. Nowadays, there’s a wide array of gourds available. The most traditional ones are still made out of pumpkin or wood, oftentimes decorated with leather details of even silver. However, many households prefer mates made of glass, stainless steel or plastic, which are easier to clean.

2- “Bombilla“: a bombilla is a metal straw with small holes on the bottom that act as a filter for the infused water while drinking. Just like the gourd, the traditional bombillas were made out of silver, but more recently evolved to stainless steel or alpaca silver. Other options include hollow tacuara (bamboo sticks), which are similar to the original method the Guaranis once used.

More than a drink

Mate is the quintessential Argentine drink and has grown to be a cultural symbol related to this country, but also Uruguay, Paraguay and southern Brasil.

Its consumption is strongly related to the gaucho, rural life and their hospitality culture. Mate is about the simple pleasures and sharing, which is why people tend to see it as a social occasion more than a drink. 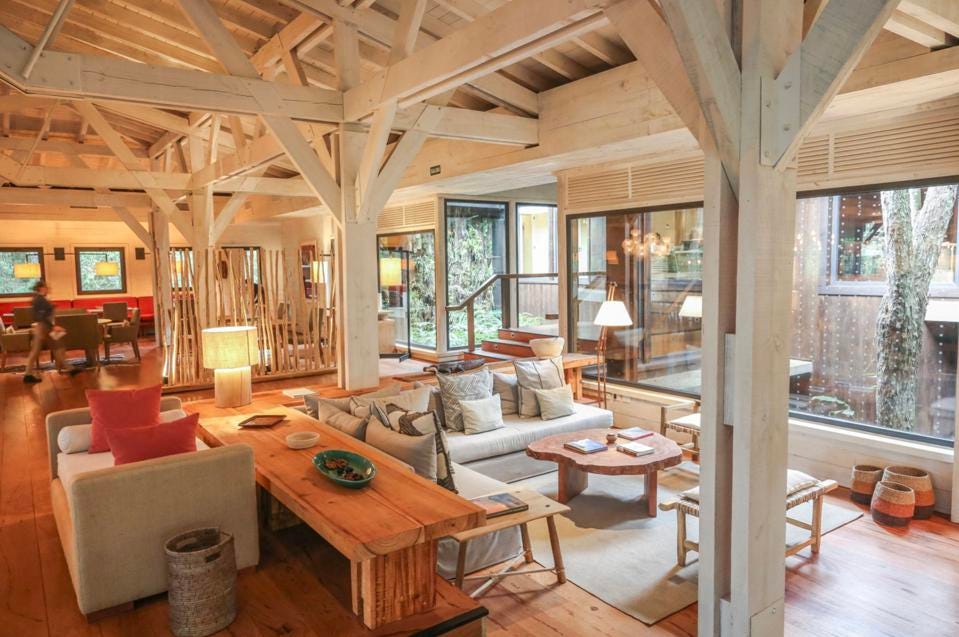 Joseph Dalton Hooker (1817-1911) a British botanist and explorer, was the first to document the use of the Ilex plant genus through the Americas. He discovered the use of this infusion was widely spread from the Appalachians (USA) to Tierra del Fuego (Argentina/ Chile). For instance, the Creek communities (who inhabited parts of Florida, South Carolina, Alabama and Texas) would prepare a strong, concentrated infusion. They would drink large quantities of Mate for several consecutive days as a ceremonial occasion. The highly stimulant effects of the strong infusion would eventually make them hallucinate or make them throw up, so it was believed to be a purifying ritual.

Towards the South, most communities recognized mate as a refreshing drink and a stimulant, and some groups had very specific uses for it:

– The Shuar or Canelos, from Venezuela, Colombia and Ecuador, would use a specific variety of Ilex for medicinal purposes. They would also give it to their dogs as a stimulant before they went hunting.

– The Incas would use dried Coca and Mate leaves as a gift to the gods.

– The Xetá, from the Guairá region of Brazil, would prepare an alcoholic beverage to drink during their long walks through the rainforest.

– The Charrúas, from Uruguay, were aware of the existence of Yerba Mate thanks to their neighbours the Guaraní, and both considered it a sacred plant.

Mbya Guarani Community – The native inhabitants of these lands are still very present in the area, and their ancient culture, language and art strongly influence everyday life in Misiones.

In our next blog post, more on how yerba mate was adopted by the first European immigrants to South America and how it boosted the economical development of the region…