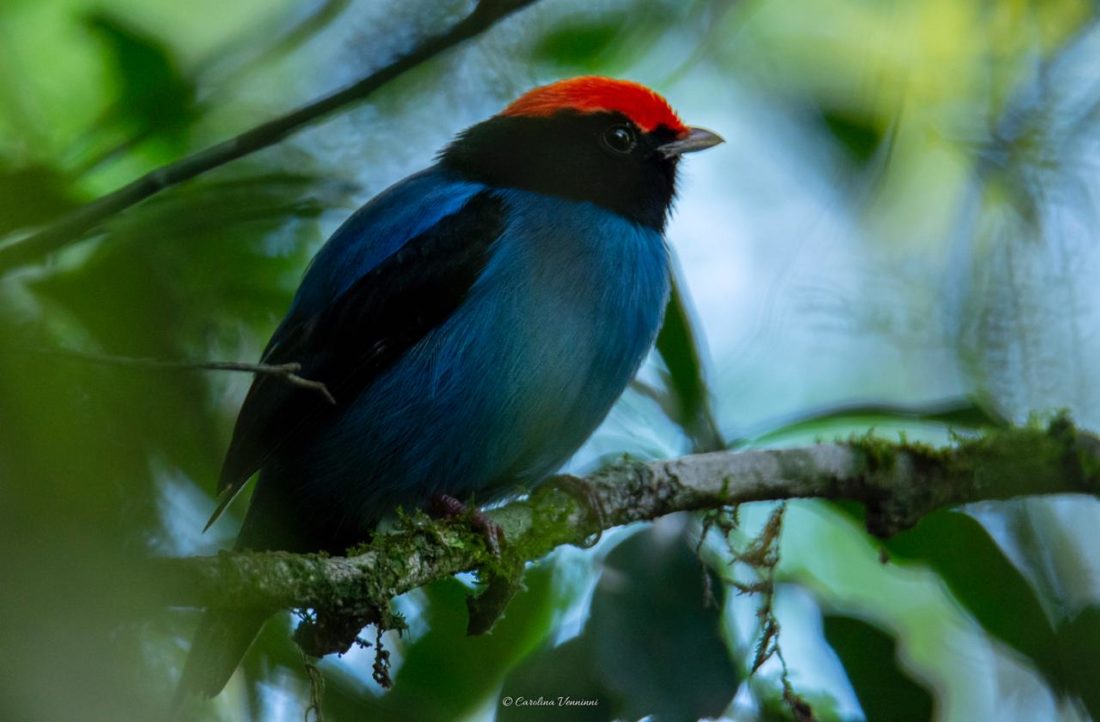 The jaguars of the Iguazu jungle

The jaguars of the Iguazu jungle

"Every time I am out in the rainforest at sunset or dawn, I get an unshakeable feeling that I am about to witness something incredible. To be honest, what gets me most excited is the possibility of seeing a jaguar..."

For our team at Awasi Iguazu one of the positives of these past few months has been having the trails and jungle all to themselves. In late March, Argentina implemented a strict quarantine, but over the course of the last few months the restrictions have been slowly lifted, so our team has been able to roam again. 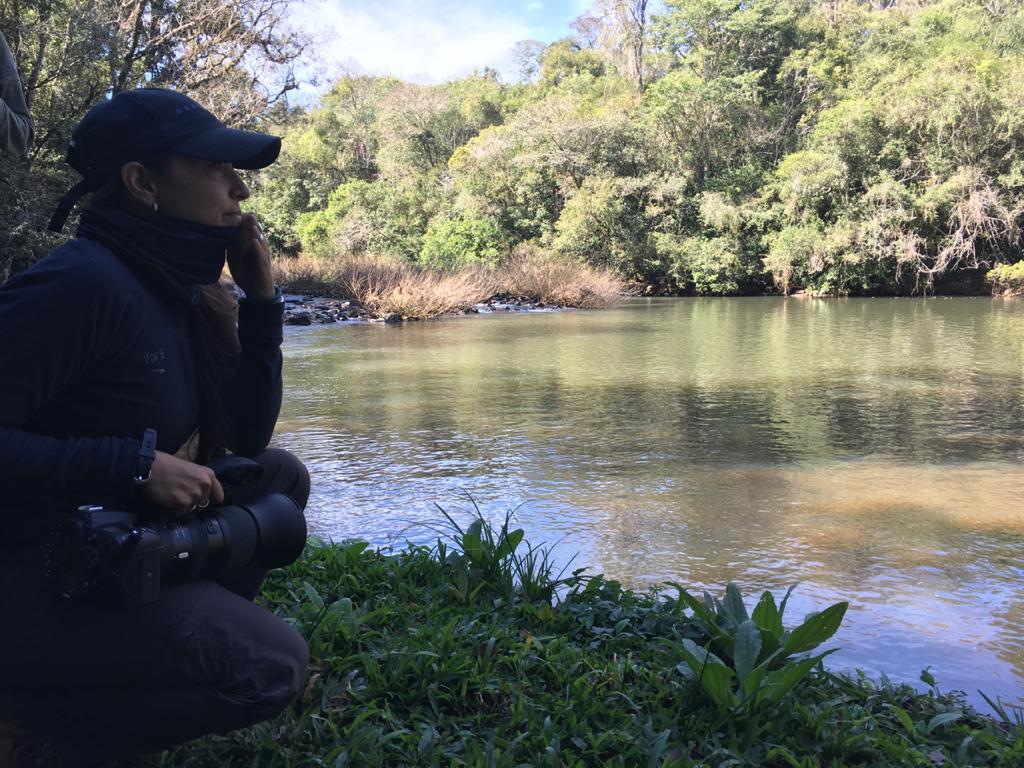 Paula Bertotto, Awasi Iguazú’s Operations Manager, tells us about her first outing back enjoying the forests of Iguazu.

“If anything characterizes the jungle, it is its unpredictability. It is impossible to know if you’ll be able to spot one of the elusive creatures that inhabit it. Dense and tangled, this impenetrable green curtain can hide colourful birds and big mammals in plain sight.” 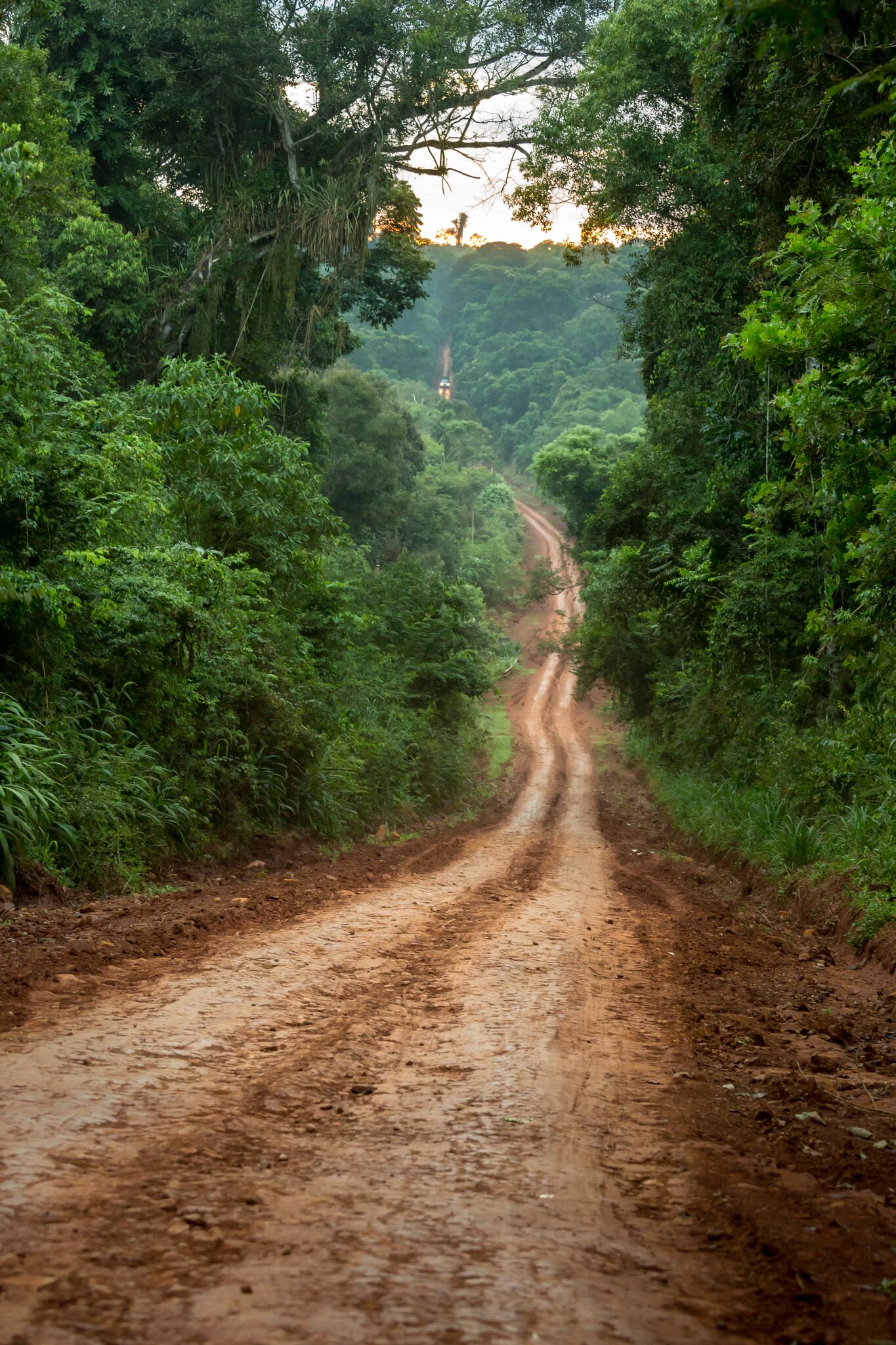 “A few days ago a small group of us decided to drive to our reserve in Yacui. We were excited – it was our first outing since the beginning of lockdown so we hadn’t been to this reserve in almost five months.

It was a beautiful winter’s day in the sunny rainforest. That may sound like an oxymoron, but Iguazu’s rainforest is one of the southernmost in the world. Its winters can actually be quite chilly, especially during the night. This makes for an incredible array of wildlife that becomes very active at sunset and dawn.”

“When we arrived at Yacui and spotted the creek, we were thrilled; this is an incredibly peaceful and isolated spot that we love visiting, and everything was exactly as the last time we had been there. Even the road that leads there from the lodge, Route 101 which crosses right through the Iguazu National Park, is an attraction in itself.

We started exploring the trails close to the creek, near Awasi’s private barbecue spot where we bring guests for lunch or a sundowner, and right away Caro spotted a couple of Blue Manakins performing their exuberant courtship dance (made famous by BBC Earth’s “Our Planet” scene, narrated by Sir David Attenborough).

Of course, as it often is in ornithology, we heard the birds before actually being able to see them. The thick rainforest hid the tiny birds and their ongoing “lek” (the exhibition the male manakins perform to attract females). Two of the group – Javi and Caro – were determined to get a good glimpse of them. I couldn’t help but notice they were particularly keen to spot them up close just after lunch when it was time to wash the dishes. With lunch safely packed away, the rest of us followed, with some lovely close up photos the stunning result.” 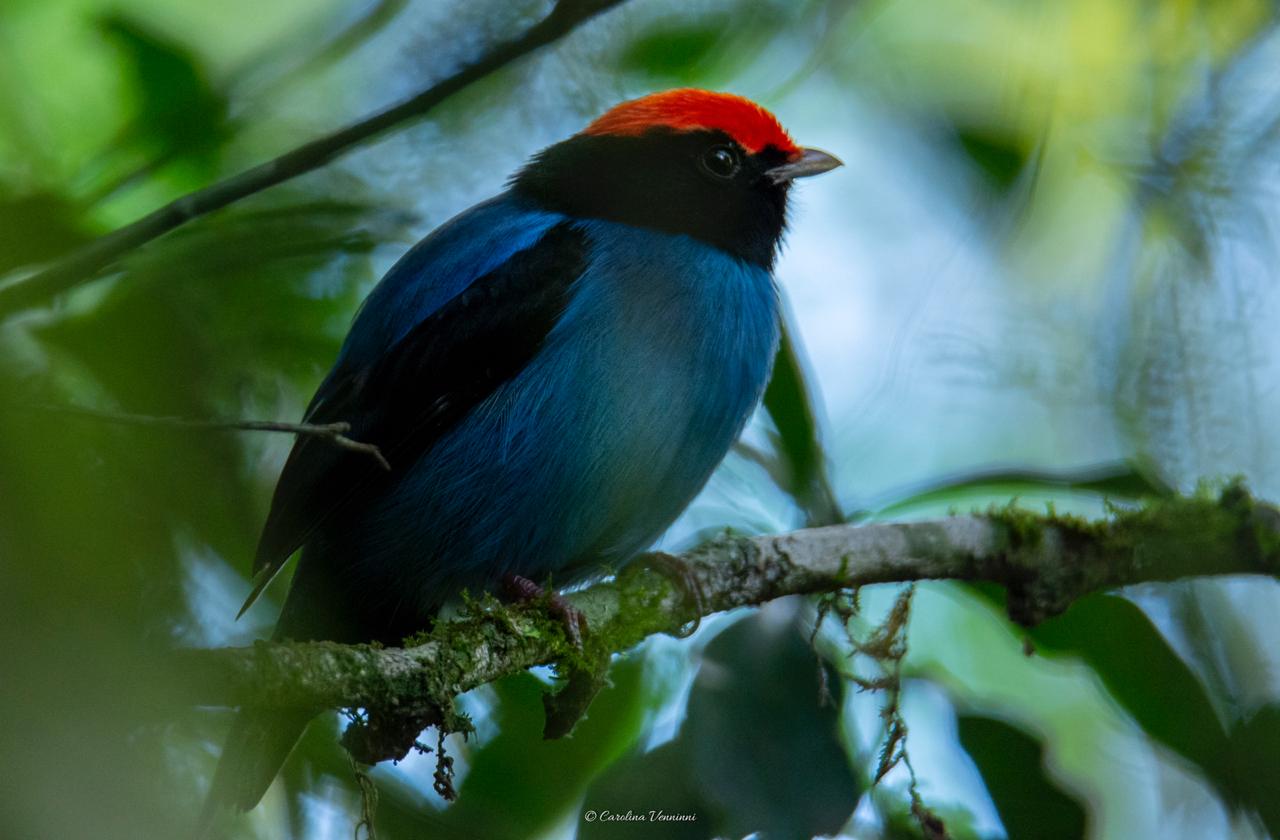 “After some more time to relax by the creek we decided to head back, once again via the scenic Route 101. During the winter, the days are shorter, and we wanted to get back home before dark.”

Every time I am out in the rainforest at sunset or dawn, I get an unshakeable feeling that I am about to witness something incredible. To be honest, what gets me most excited is the possibility of seeing a jaguar. At dusk the jungle comes to life, and the chances of seeing amazing wildlife increases.

But truth be told, seeing a jaguar is highly unlikely, even for those that have lived in this area their whole life like me. Census records show that there are only about 80 jaguars currently in the Province of Misiones, and these animals are elusive, designed to blend seamlessly into the landscape, virtually invisible.” 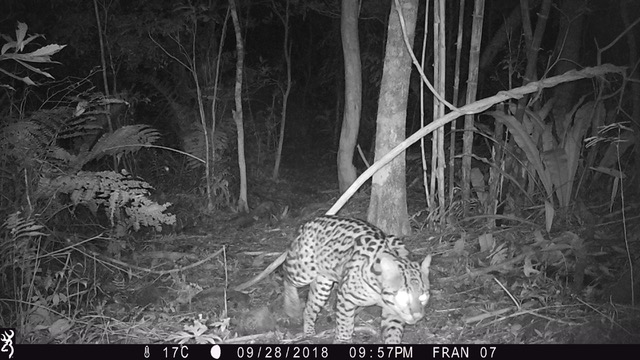 The majority of wildlife sightings are caught on hidden cameras, for example this beautiful Ocelot.

“As we drove through the jungle, the bright red soil of the dirt road already darkening beneath the gloomy sky, I couldn’t help scanning the landscape around us.

Suddenly, a frightened agouti (a type of large native rodent) ran across the road in front of us. Instinctively we slowed down, those in the front keeping our eyes on its path.” 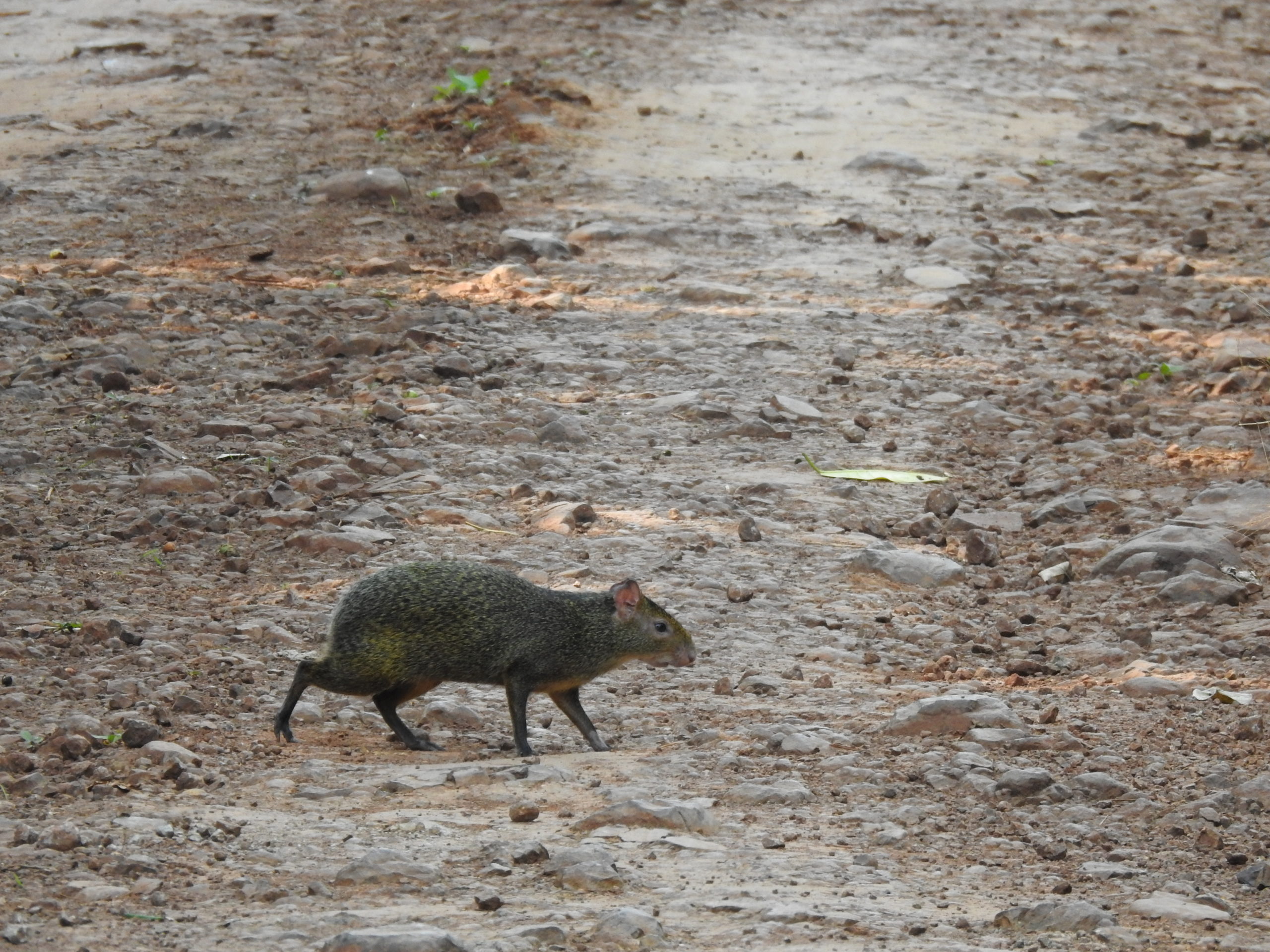 “Luckily, there’s always someone looking beyond. Javi’s voice startled us. “Cat, cat, cat!” is the only thing he managed to mutter in his excitement, frantically pointing to a spot about 15 meters further ahead. It must have been less than three seconds, but its silhouette was unmistakable: our own king of the jungle, a lonely yaguareté calmly walking into the forest. Against the light of the sun, already beginning to dip beyond the horizon, we only caught a glimpse of this majestic animal – more than enough to leave us in total awe.

Wow. A feeling of indescribable happiness takes over. We will probably never witness something like this again. This is the sort of thing that cameras can seldom capture.

Still buzzing with excitement, we continued on our journey drive home. And yet, nature had one last gift in store. 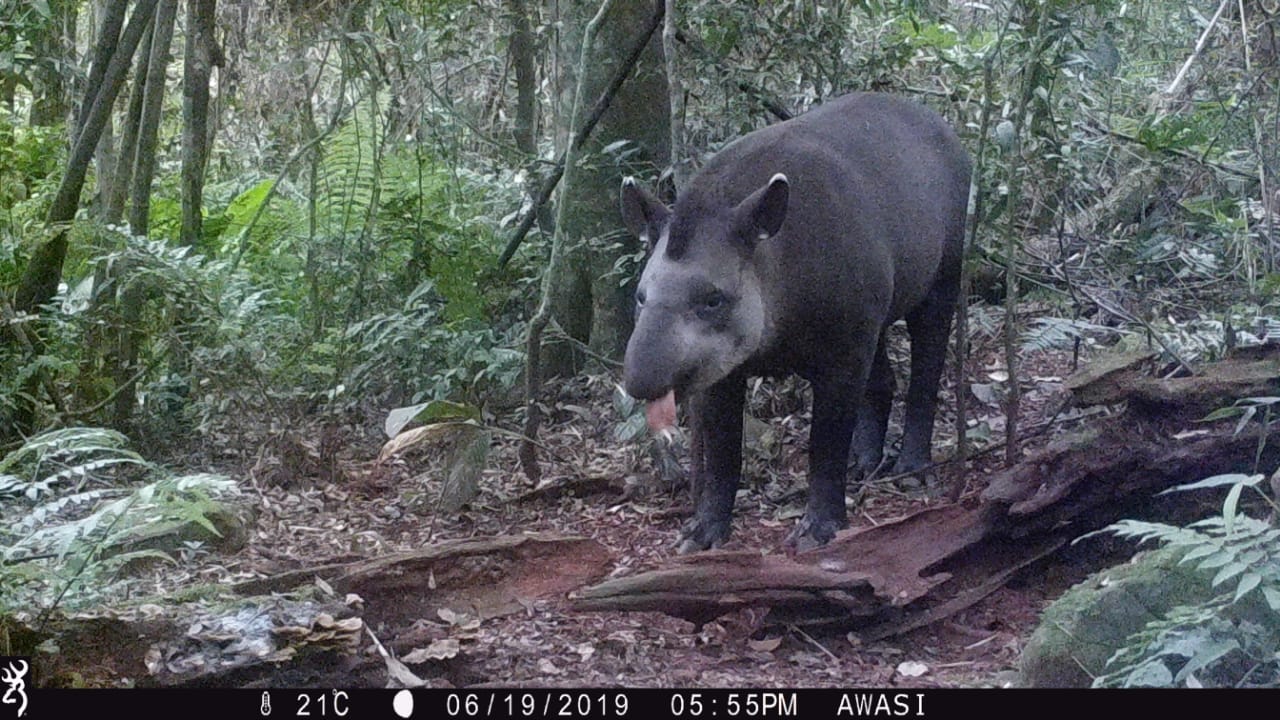 A young tapir enojying the minerals of a saltlick.

Standing in the middle of the road, a tapir. At 300 kilos, this is the largest native terrestrial mammal in all of South America. After a quick glance, it lazily strolled to the side of the road, quickly disappearing behind that curtain of lianas and Tacuarembó-bamboo canes, just as the sun set on a day we will never forget.” 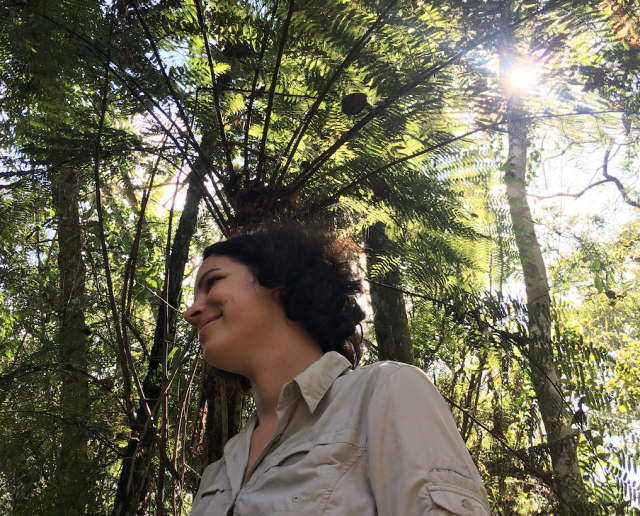 Much of the globe has spent the last few months in a lock-down of some variety, although it is safe to say that different people’s experience has been markedly different, with highs and lows a-plenty for most.

These differences have been just as notable within our own Awasi family. Moving from Argentina to Chile, the team tasked with looking after our Relais & Chateaux lodge in Southern Patagonia have endured a tough winter with plummeting temperatures and strong winds, interspersed with crisp, clear days spent puma spotting and even skiing. Our team in Awasi Atacama – home to some of the best star-gazing on the planet – has taken the opportunity to brush up on their astronomy and astrophotography with the passing of the comet NEOWISE.