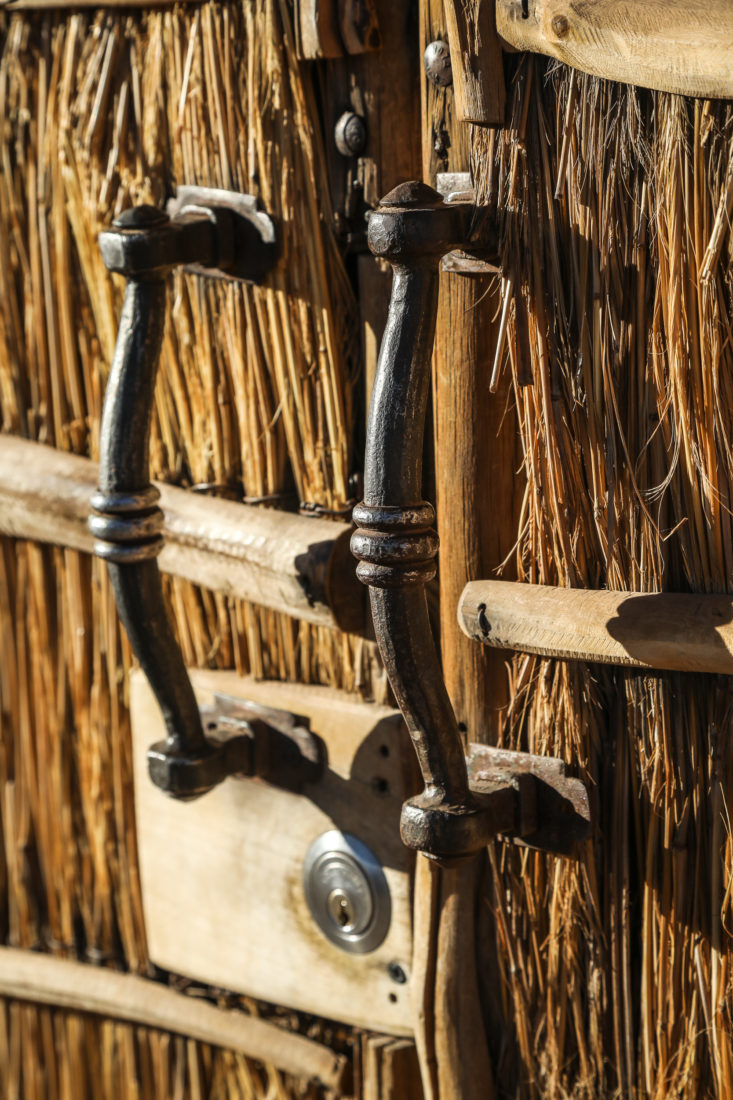 Re-Creating the Colours of the Mountains

Re-Creating the Colours of the Mountains

A member of the Katarpe community gave her blessing, noting that she recognised "the colours of the mountains" on the walls of Awasi Atacama

Adobe buildings are found the world over, the oldest known samples were produced over 10,000 years ago in modern-day Syria. In the Atacama, such techniques are inspired by the ancient village of Tulor just south of San Pedro de Atacama, whose ruins date back about 2,000 years.

Just like your grandmother’s recipe for lemon drizzle cake, there’s no formal recipe for making adobe bricks; experienced builders gauge what proportion of sand, silt and clay earth, water, and other organic material, typically straw or animal dung, are used to make up the brick mixture. The organic material helps to ensure the bricks dry evenly without cracking, whilst too high a clay content can also lead to shrinkage and cracking. It may not be an exact science, but a masterful eye is required, developed over years of experience combined with knowledge passed on from generations of old. 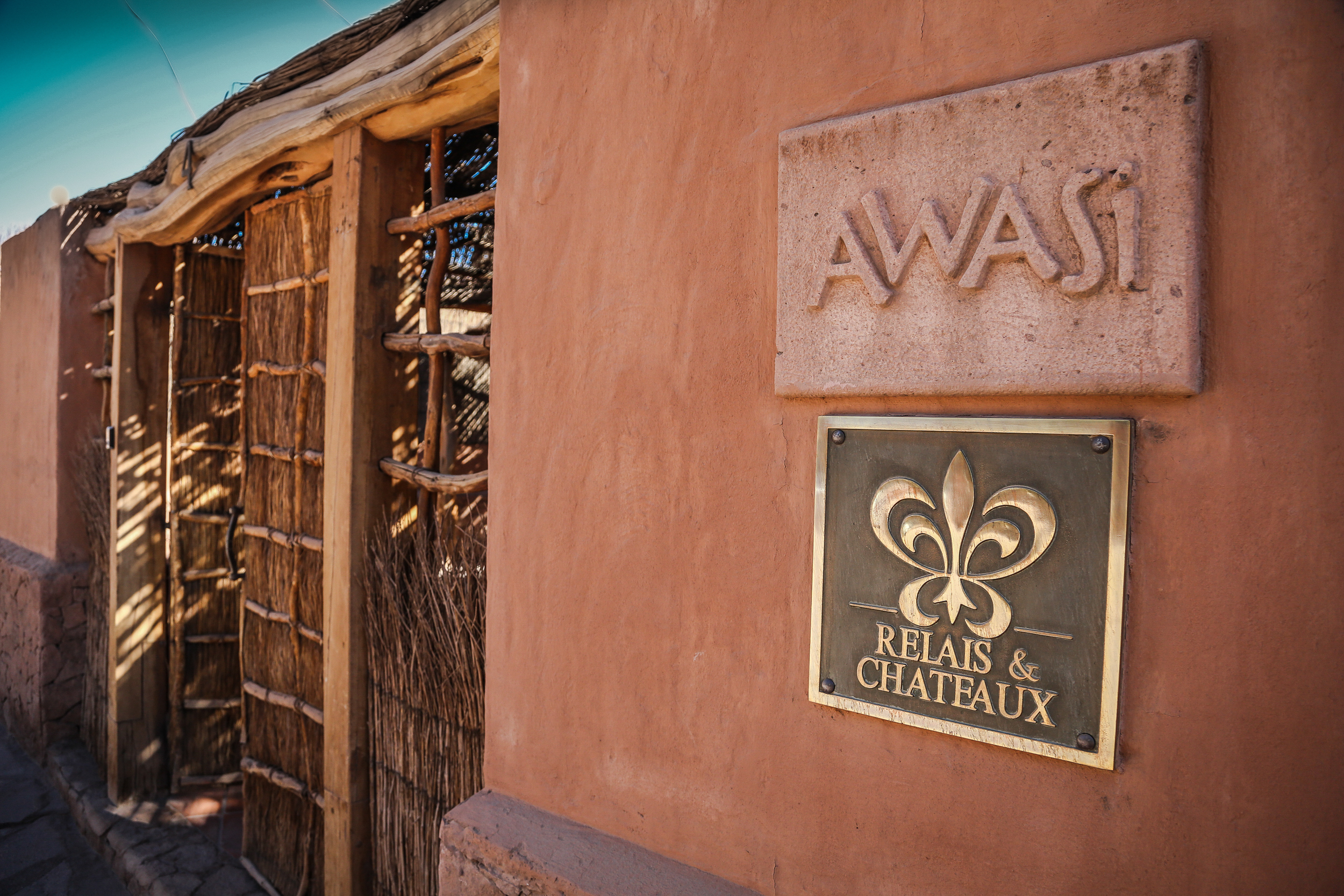 In 2019, Awasi Atacama, our Relais & Chateaux lodge in San Pedro de Atacama, Chile, was reconfigured with the addition of five new 70 square metre Superior Circular Suites bringing the total number of suites to 12.

As with our other luxury lodges, Awasi Patagonia and Awasi Iguazu, sense of place is a strong component in Awasi Atacama’s look. In this case, the design and construction of the new suites posed something of a challenge – something that Nicolás García, Resident Manager who was brought in to help oversee the construction work in August 2018, quickly realised. 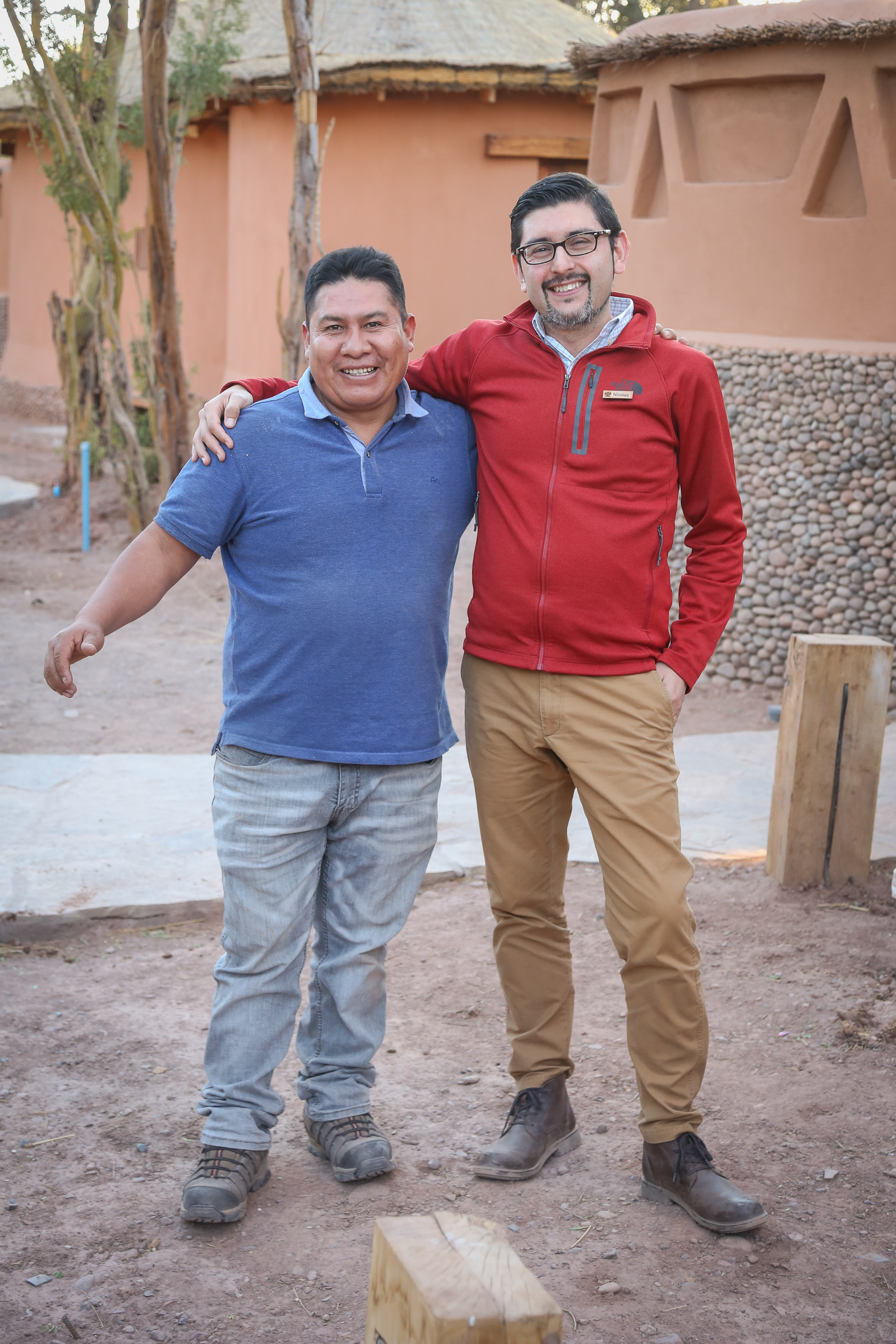 From the outset of the project, the design team had decided to maximise use of traditional building practices and materials, and to make the most of the local knowledge amongst the artesanal workmen of the region who have honed their skills over generations. This would mean an emphasis on adobe buildings and the use of locally sourced wood, thatch and stone.

As Nicolás noted, this represented a long-term commitment that required literally years of investment – two to be precise; local artisans spent two years fashioning the adobe bricks used to construct the new rooms in a manner largely unchanged in the region for hundreds, if not thousands, of years. The bricks were moulded by hand on site, slowly baking in the sun behind the hotel.

In the meantime, efforts were made by Nicolás and the Awasi Atacama team to try to preserve as many plants and shrubs on the ground as possible. Given the climate and aridity, most plants are incredibly slow-growing and life can be fragile, so throughout the project the team laid out fences and tapes to ensure no one would inadvertently step on them. 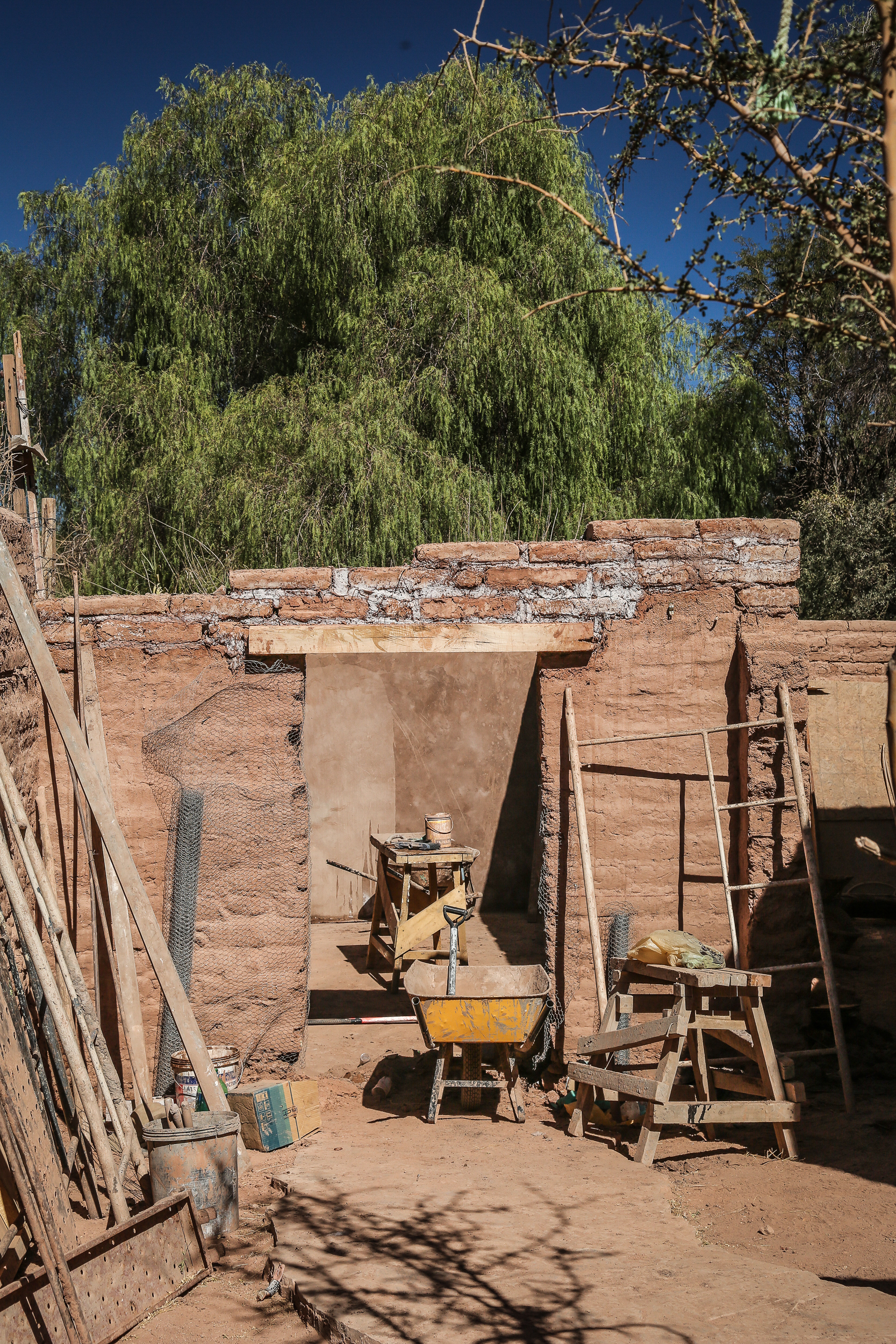 Nicolás was quick to recognise some more practical benefits of using these ancient techniques. In the wide temperature swings of the Atacama, with sizzling hot days but cool nights, adobe’s excellent thermal properties are ideally suited to maintaining constant temperatures in the lodge’s interiors, greatly reducing energy requirements for both heating and cooling. Great given our efforts to ensure we are carbon neutral. 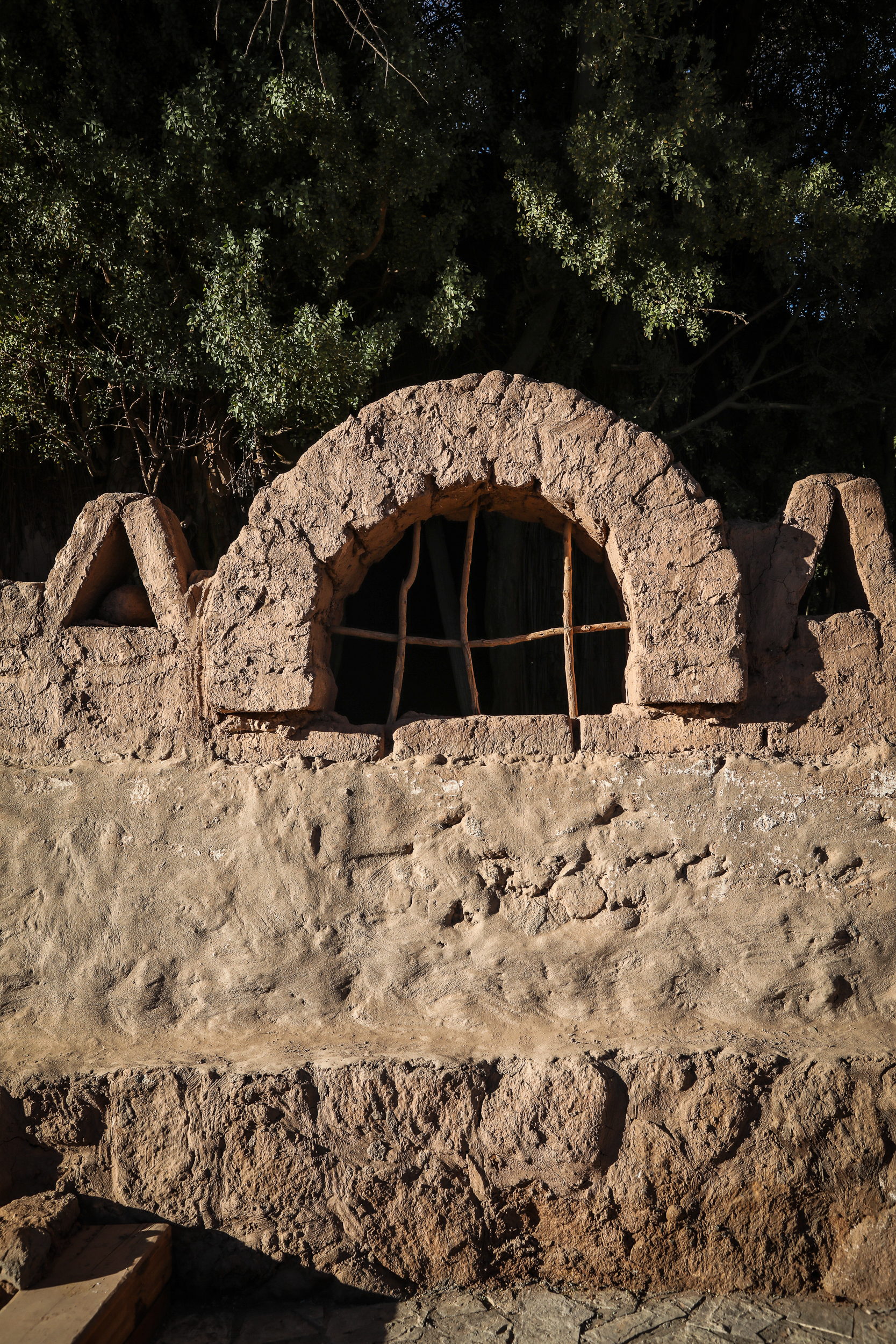 It wasn’t just the adobe walls that caught Nicolás’ attention; the level of detail across the project was breathtaking, demonstrating the commitment by the team to the traditional techniques regardless of the effort required. The thatched roofs, for example, were hand-woven, sector by sector, on a wooden frame made entirely by hand; gruelling work in the heat of the Atacamenian sun. 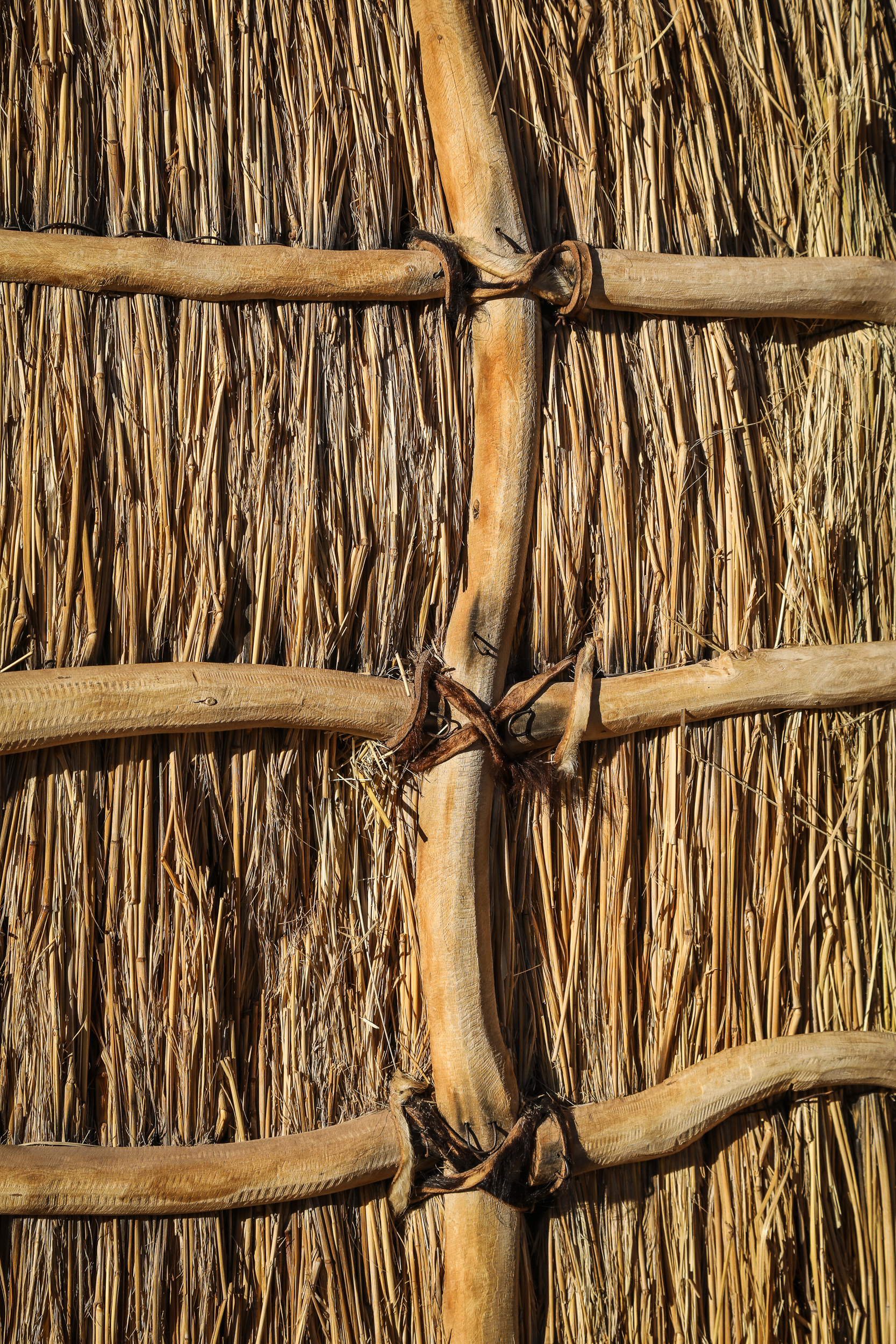 Once the construction phase was completed, attention turned to decorating. Rather than being painted, the exteriors were clad in an insulating substance traditionally used in the region, made up of a mixture of greda (sandstone), mixed with a natural binder. This step is particularly delicate, as the greda traditionally belongs to the Katarpe community, who must be asked for permission whenever it is to be used. The Katarpe authorize the use of a specific amount, which in turn can bring complications, at least from a design perspective; if you later decide to make any changes, any new batch of greda will always have a different tone to previous ones. 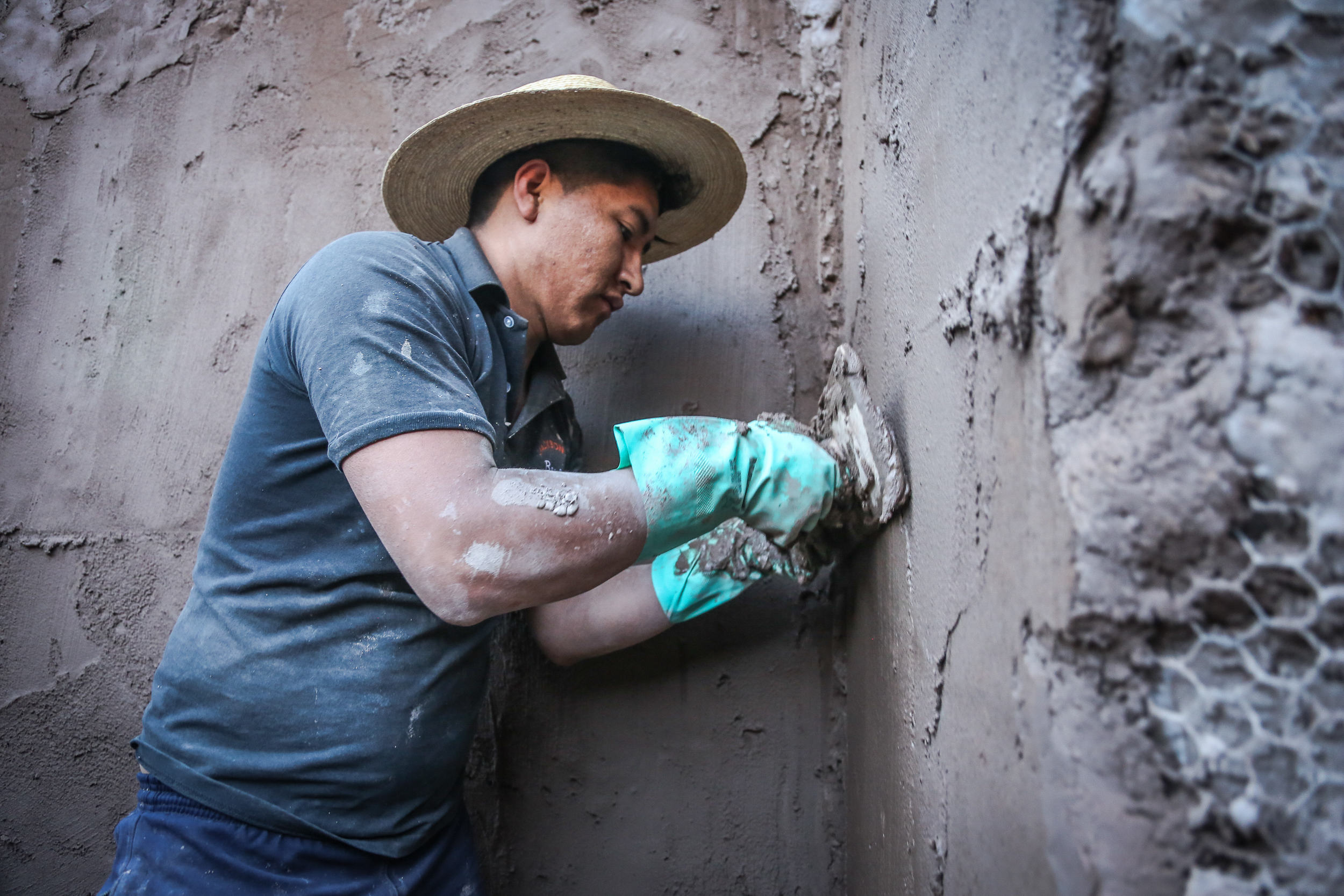 Once the exteriors had been completed, Nicolás invited one of the representatives of the Katarpe community to the lodge to see the results and to thank them, on behalf of Awasi, for the use of the greda. The representative gave her blessing, noting as she toured the site that she recognised on the walls of Awasi Atacama “the colours of the mountains.”

With the completion of the decorating work, Awasi Atacama’s new suites were opened mid-2019, with the new large, comfortable rooms seamlessly integrating alongside the pre-existing lodge. To the team’s enormous credit, this was achieved whilst honouring the ancestral building techniques of the region, supporting local artisans and helping to strengthen the bonds between the traditional communities of San Pedro and Awasi. 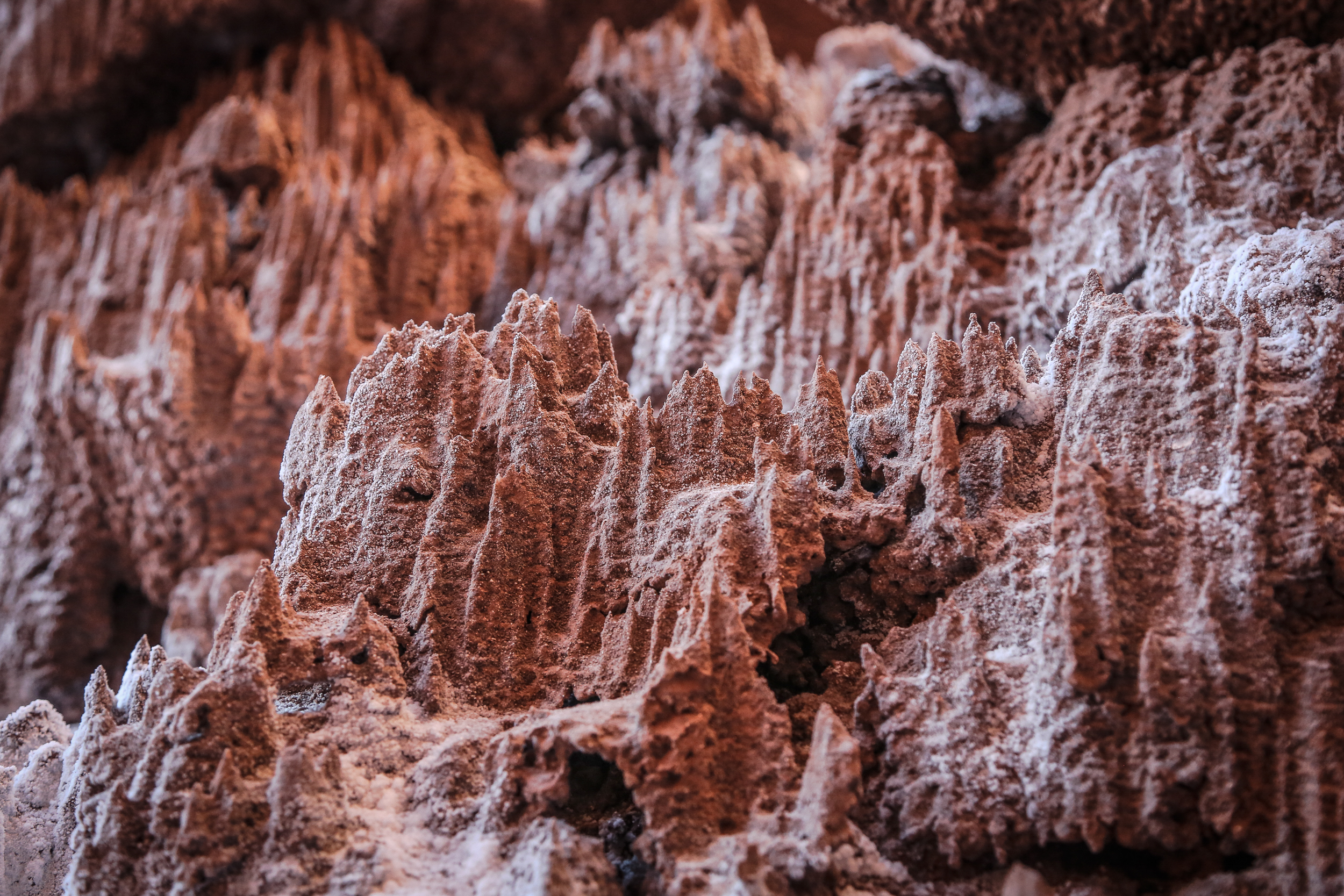 A citizen of the world: Jimmy McCormick, Awasi Iguazu Guide