There are some moments that you can’t plan, it’s just a matter of being at the right place at the right time…

This was the case for Awasi Iguazu guests who happened upon a mother and baby tapir swimming between the islands in the River Iguazu.

A mother tapir helps baby across the strong current

“Seeing a tapir in the wild is something extremely special,” says Awasi Iguazu resident manager, Paula Bertotto. “There are very few living tapir species remaining in the world.”

Most tapirs inhabit isolated regions of South America, with the exception of one species that lives in Southeast Asia (mainly in the Sumatran jungle). The species that can be found around the Iguazu Falls is the South American Tapir (Tapirus terrestris), also commonly called Amazonian Tapir, “anta” (in portuguese) or “mboreví” (in Guaraní, which is most common in the area where Awasi Iguazu is located).

Mostly found in the Amazon basin in Brazil, Misiones is pretty much the southernmost tip of their territory. 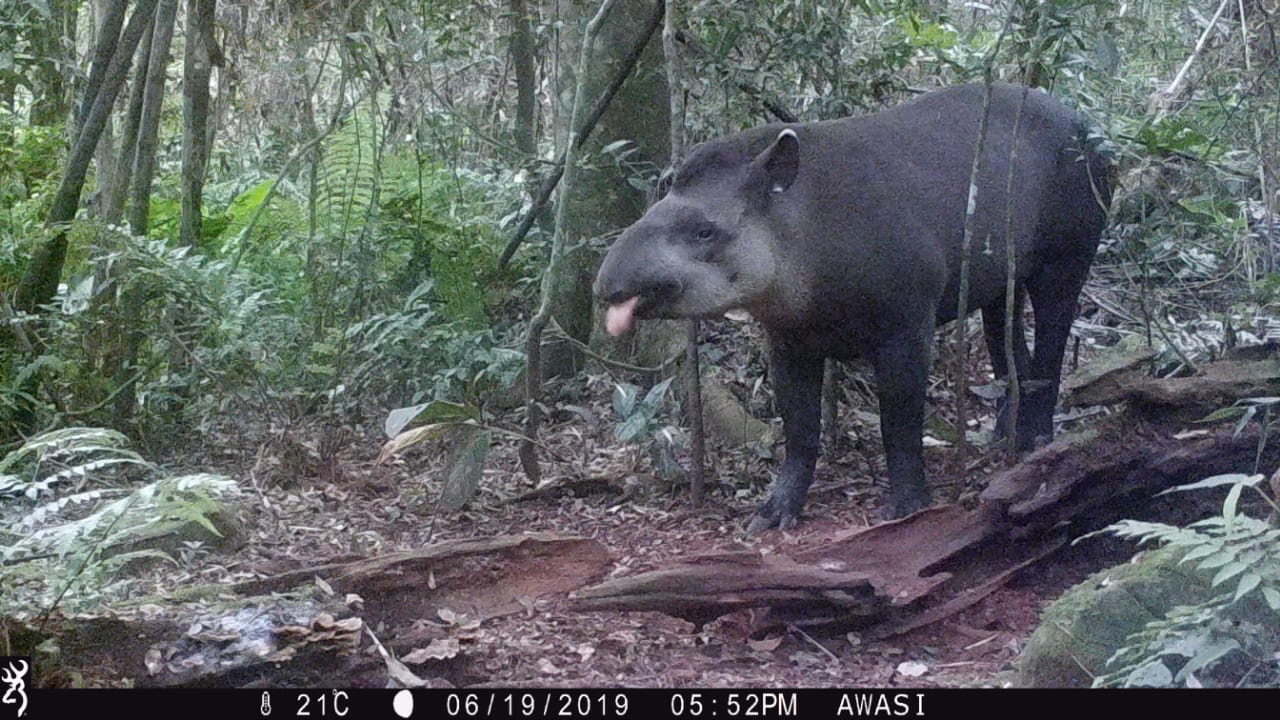 A young tapir is captured on hidden cameras in the Awasi Iguazu reserve, enjoying the minerals at a salt lick.

As seen above, we sometimes find tapirs on the hidden cameras in the Awasi Iguazu reserve, but it is rare to see them in real life.

“Tapirs are extraordinary creatures,” continues Paula. “In fact, they are the largest native terrestrial mammal of South America. A large specimen could measure up to 2,5 metres in length and weigh up to 300 kg. They stand at around one meter at the shoulder. This kind of tapir lives in wet jungles, near swamps and rivers, both at sea level and up to 1700 metres above sea level. So, they are very versatile: both skilled swimmers (and divers) and fast runners on rugged terrain. Luckily, they are herbivores!”

A few years ago, the Awasi team participated in efforts to reintroduce a tapir, known affectionately as Lulu, to its natural habitat on Isla Palacio. 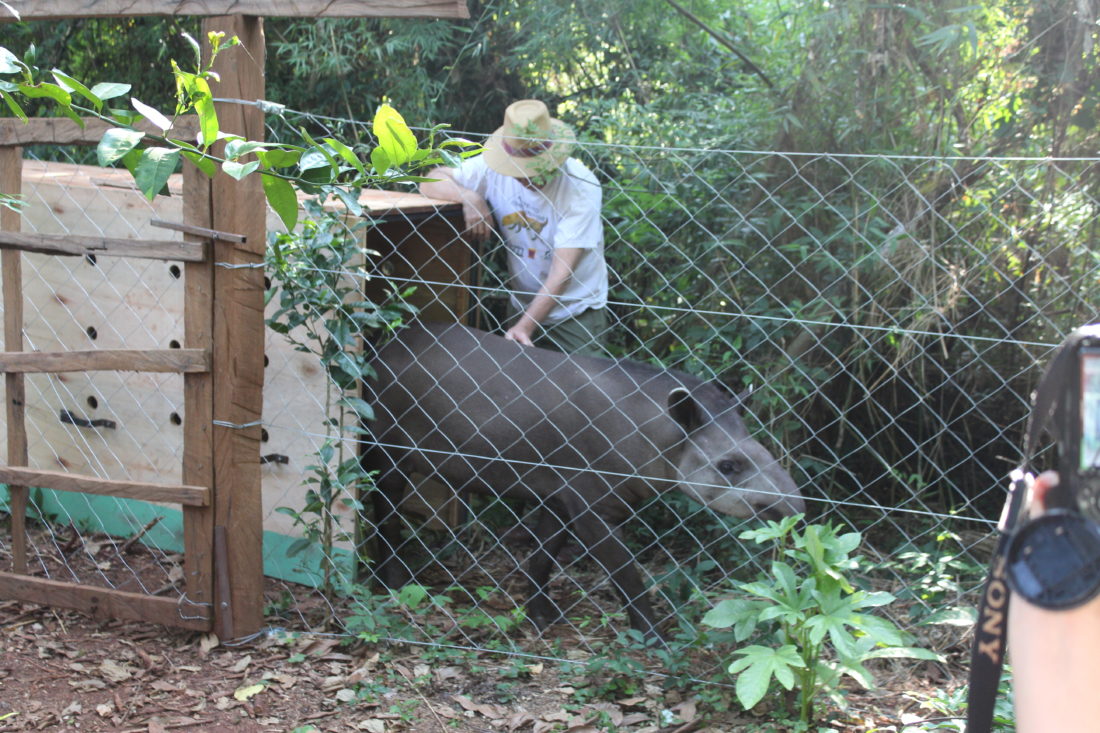 Reintroducing Lulu into her natural habitat

“Judging from their appearance it is hard to guess what other animals they are related to,” says Paula who grew up in this area of the Atlantic Rainforest and is passionate about its fauna. “They belong to the Perissodactyla order, from Ancient Greek perissós ‘odd’, and dáktylos ‘finger, toe’: odd-toed ungulates. These are animals who have reduced the weight-bearing toes to three or just one of the five original toes.”

Tapirs have a sort of trunk or mobile nose, which they use to reach the leaves, branches, berries, seeds and roots on which they feed on. Ecologically speaking, they fulfill an important role as seed dispersers, contributing greatly to the biological health of the forest.

“Because of their size,” continues Paula, “their only natural predators are some of the largest carnivores of the region: black caimans, anacondas and, of course, jaguars and pumas. However, they are mostly endangered by human factors like poaching and car accidents, as well as habitat destruction.”

This is why the work of organizations like Güira Oga and other NGO’s working on the protection, rehabilitation and reintroduction of the species is so important.

Tapirs are solitary, territorial creatures that are very hard to spot in the dense forest in which they live, which is why there is relatively little research available on them.

“Although their eyesight is quite bad, explains Paula, “their large nose grants them an excellent sense of smell. In fact, on the rare occasions when we do cross paths with a tapir, it is near sunrise or sunset on a quiet road, and we can tell they don’t see us coming close, which is why it is so important to respect maximum speeds in this area.”

This sighting occured in a very busy part of the Iguazu National Park, on the Argentine side. Specifically, on the walkway that leads to Garganta del Diablo – the “Devil’s Throat”, a path that the Awasi guides take almost daily as it leads to one of the most popular viewpoints of the park: a platform just at the edge of the largest waterfall, which is around 80 meters high.

“Several tourists were walking back and forth,” says Paula “and when they spotted the animals many were concerned for their safety, being so close to the drop and in strong currents. But as mentioned before, these waters are a perfectly safe and natural environment for them. As Jimmy, one of our private guides, explains to his guests in the video, the babies are spotted when young, and their skin turns dark brown when they become adults.” 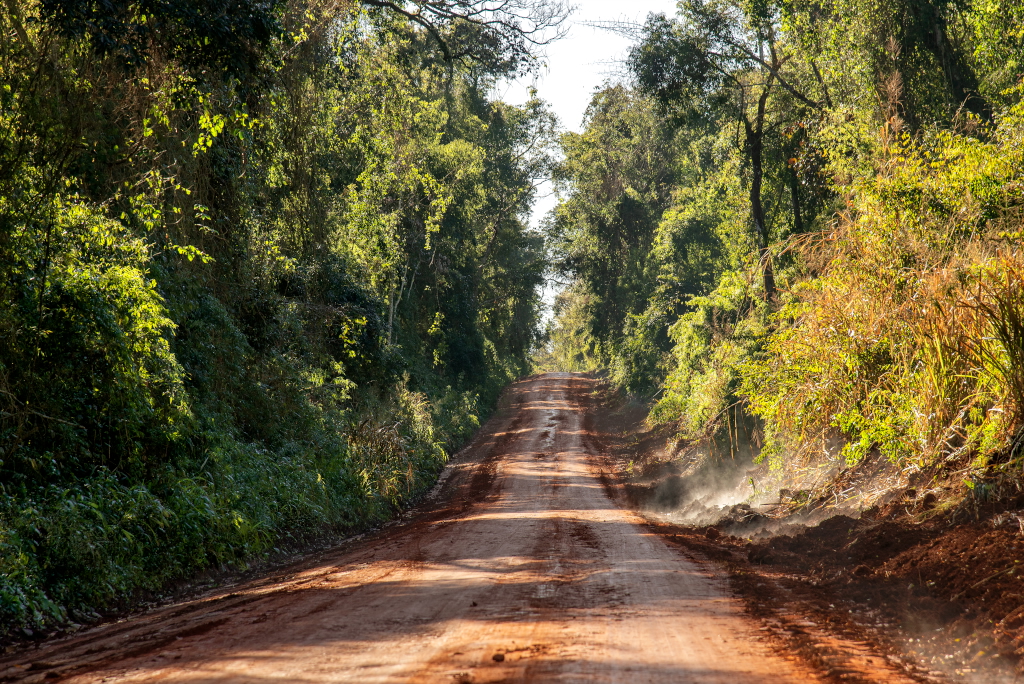 Exploring the area around Iguazu with your Awasi private guide

“Seeing tapirs in the wild is very rare,” says Paula, “but the Awasi guides are trained to spot other signs of their presence. It is not uncommon to find fresh tapir tracks in some on our excursions, particularly while kayaking through the Yacui creek or exploring 101 Route.” 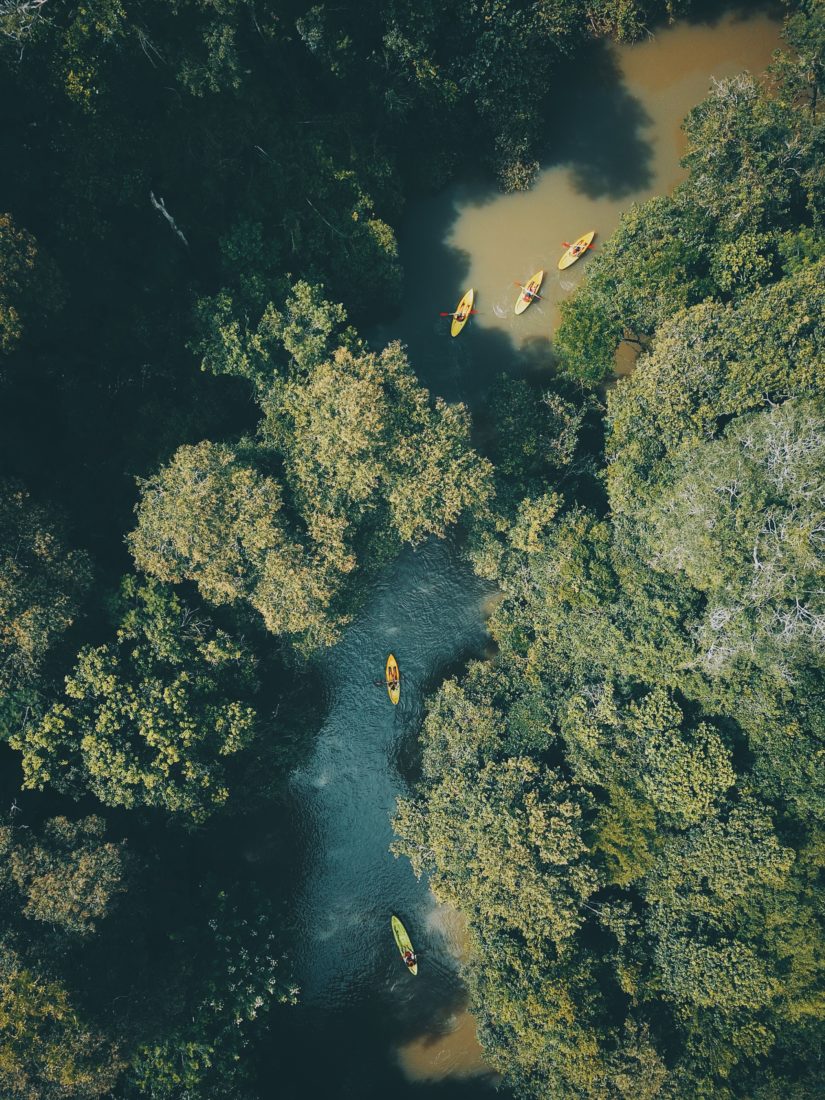 Kayaking on the Yacui Creek

“Many of these places seem unassuming but hide a huge array of incredible life!” – Paula Bertotto, Awasi Iguazu resident manager.

Awasi Iguazu is a luxury Relais & Chateaux lodge in Northern Argentina. Located just 15 minutes from the famous Iguazu Falls, each room at Awasi is given a private vehicle and personal guide so they can explore the Atlantic Rainforest and enjoy the incredible environment that surrounds our hotel. 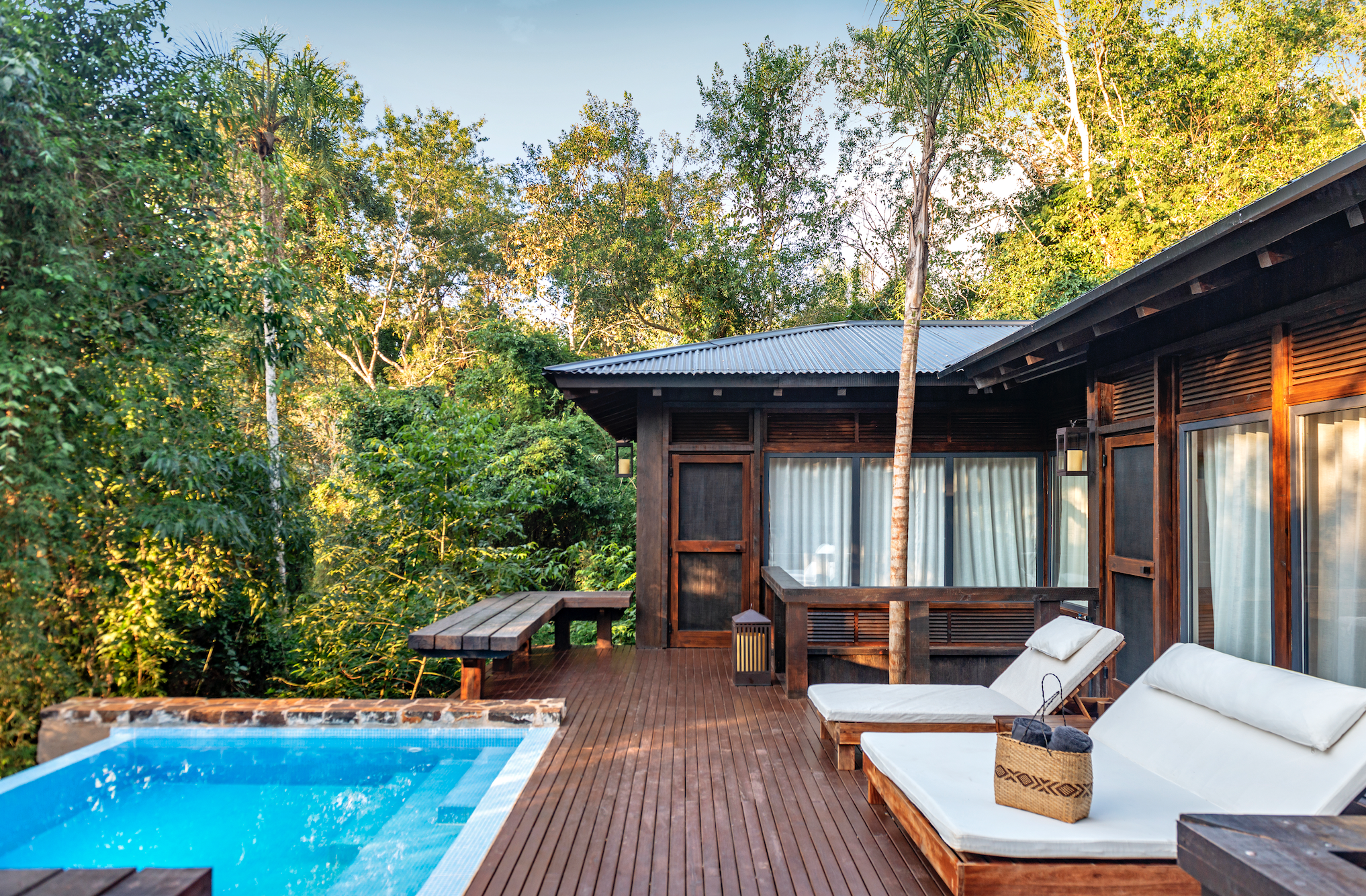