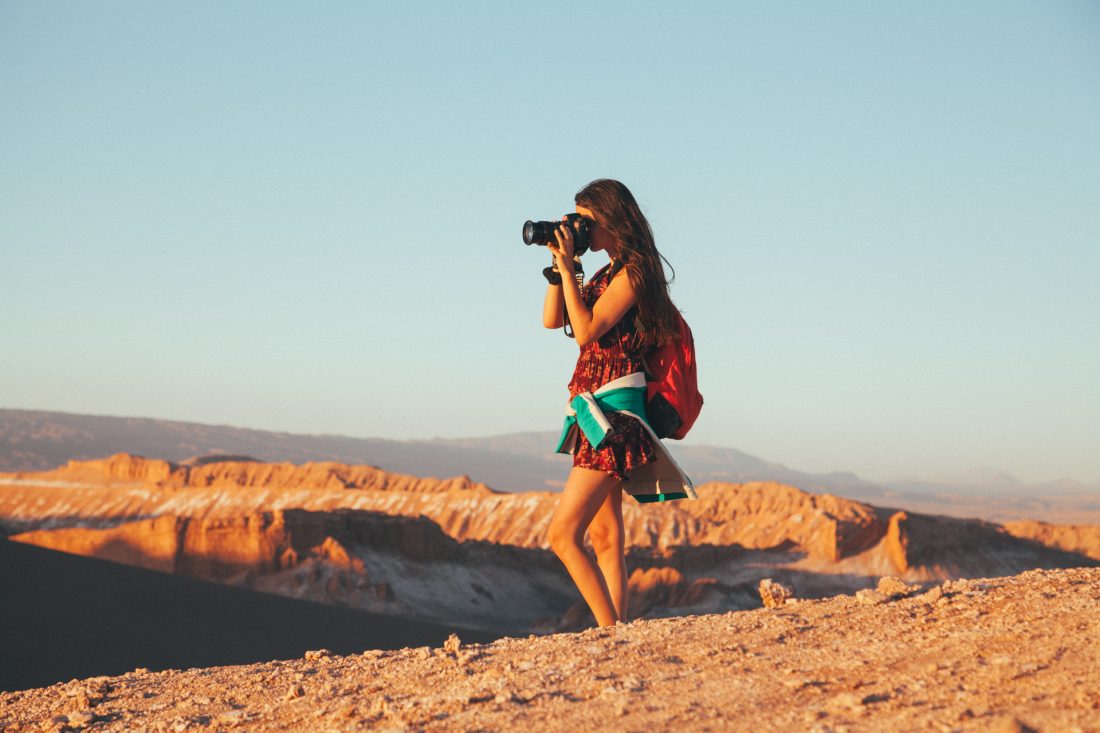 Safari in the world’s driest desert

Safari in the world’s driest desert

Get to know the local wildlife before your visit.

Northern Chile is best known for its landscape, and understandably so with the vast salt planes, high volcanoes, canyons and geysers. However, this otherworldly terrain is inhabited by a wonderful range of wildlife that can turn your visit into a safari.

All these animals can be seen on private excursions with Awasi Atacama, the only lodge in South America where each room is given a private guide and 4WD. Forget being restricted by larger groups and timetables, at Awasi tours are tailor-made meaning you can go where you want for as long as you want – this is great for anyone who loves photography and wants to spend as long as it takes to get that shot!

Vizcacha: Like super-size rabbits but with long curly tails, viscachas belong to the chinchilla family. They live on rocks in the Atacama Desert and are often seen near the Tatio Geysers or up on the Altiplano. Native to South America, they are found in Chile, Peru, Bolivia, Argentina, Ecuador and Paraguay. 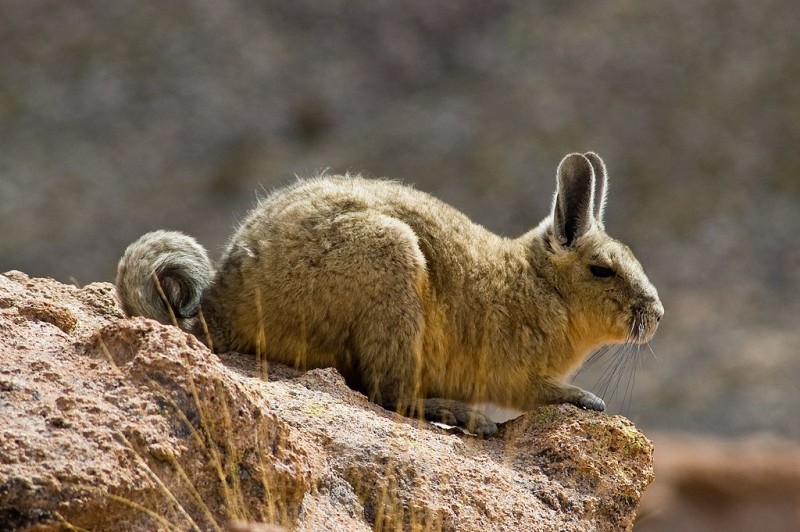 The southern viscacha (Lagidium viscacia), also called mountain viscacha, is similar to the northern viscacha, but its pelage is more red in color. It lives in similar habitat in the Andes.

Gray Fox: These charming little foxes are often spotted trotting around in pairs. Endemic to South America, they are most often found on either side of the Andes Mountains in Argentina and Chile. Physical markers include bushy grey tails with black tips. Their main source of prey is small rodents. 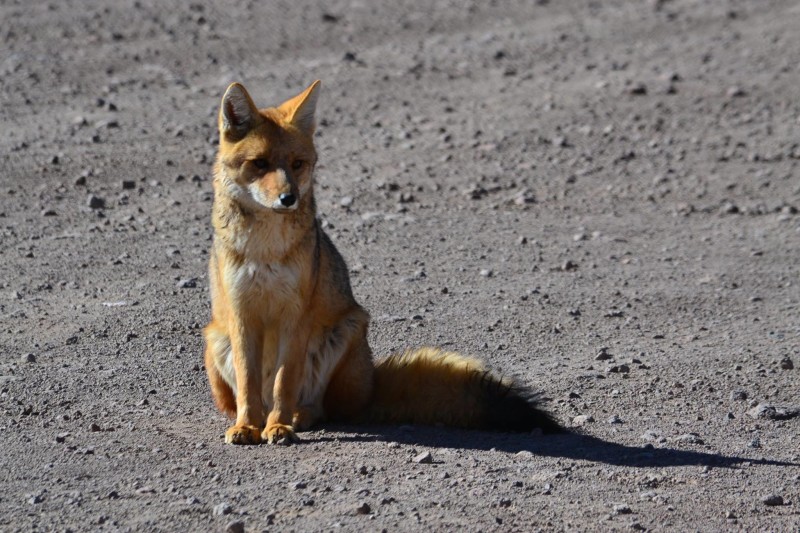 The South American gray fox (Lycalopex griseus), also known as the Patagonian fox, the chilla or the gray zorro, is a species of Lycalopex, the “false” foxes. It is endemic to the southern part of South America.

Llama: Llamas are domesticated camelids, unlike vicuñas (see next paragraph). They typically live for 20 years, but some survive as many as 30 years. Herd animals, they are very social and live in large groups – it is not uncommon to see herds of up to 100 llamas around Salar de Tara. Sometimes their ears are decorated with flowers and colourful ribbons, since their owners believe these adornments encourage fertility. 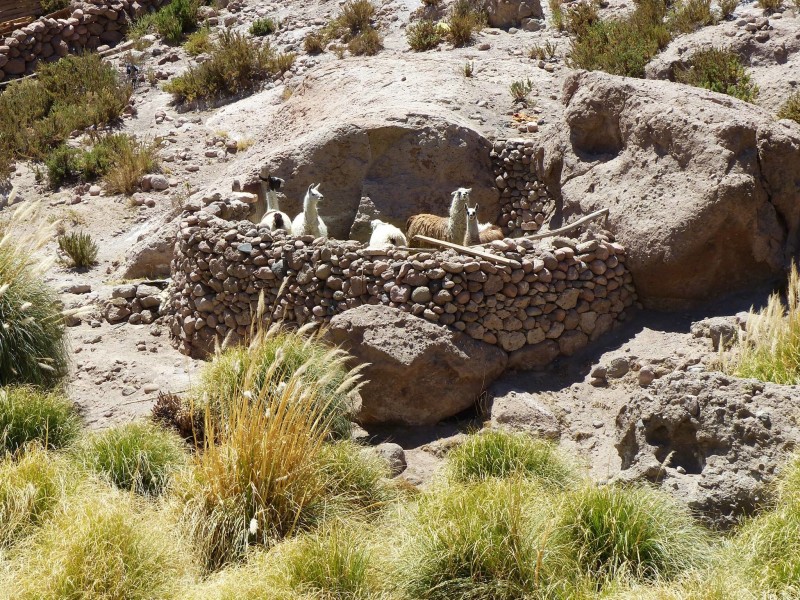 Unlike vicuñas, llamas are domesticated camelids. They are very social animals and live as a herd. The wool produced by a llama is very soft and lanolin-free.

Vicuña: Although also South American camelids, vicuñas are one of only two wild camelids that live in the Andes (the other being guanacos which surround our lodge in Southern Chile, Awasi Patagonia). They are the wildest and most timid camelid, sadly at risk of extinction and difficult to spot below 4,000 meters. Smaller than llamas, vicuñas measure around three feet in height (around 80cm) and have very fine wool which is very expensive since they can only be shorn once every few years. It is said that in Inca times, it was illegal for anyone but royalty to wear garments made from vicuña wool. 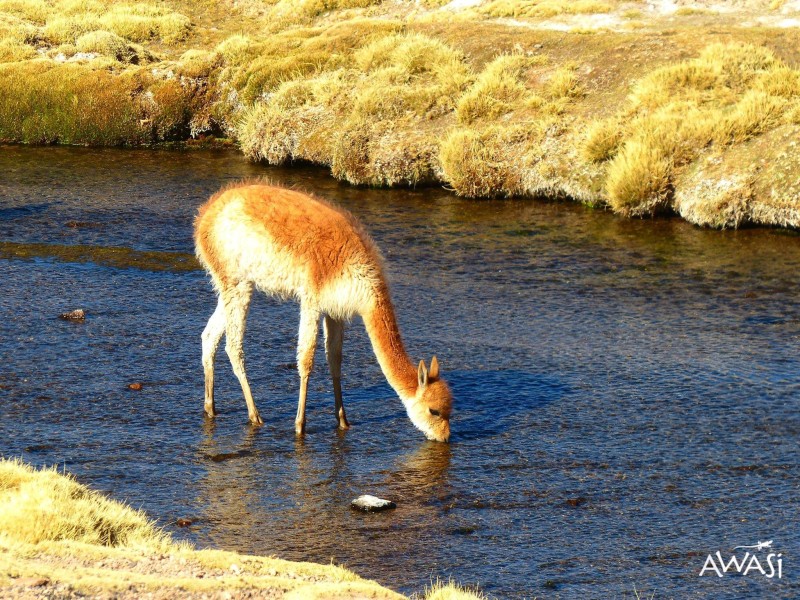 Vicuñas have been protected by law, but they were heavily hunted for they expensive wool. At the time they were declared endangered in 1974, only about 6,000 animals were left. Today, the vicuña population has recovered.

Flamingo: These elegant birds with their uncannily pink feathers are mainly seen feeding in the lakes around San Pedro de Atacama, both on the Salt Flat (at Los Flamencos National Reserve on Salar de Atacama) and up on the Altiplanic Lakes (especially around Salar de Tara and Pujsa). Chile plays host to three of the world’s five species of flamingos – Andean, Chilean and James’s – and they are often seen together in one flock, distinguished by their varying pink feathers. Put simply, the Andean flamingo is the largest, the Chilean has the longest legs and the James flamingo is the smallest. 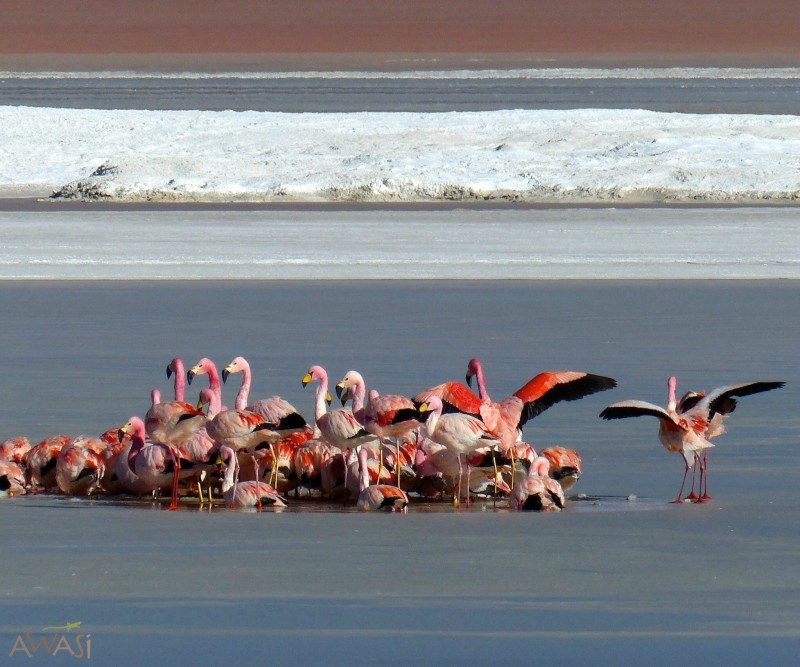 Flamingoes feed mainly on algae and plankton—from the water of the coastal mudflats, estuaries, lagoons, and salt lakes. This is how they get thehir unique pigmentation.

Awasi Patagonia in your words