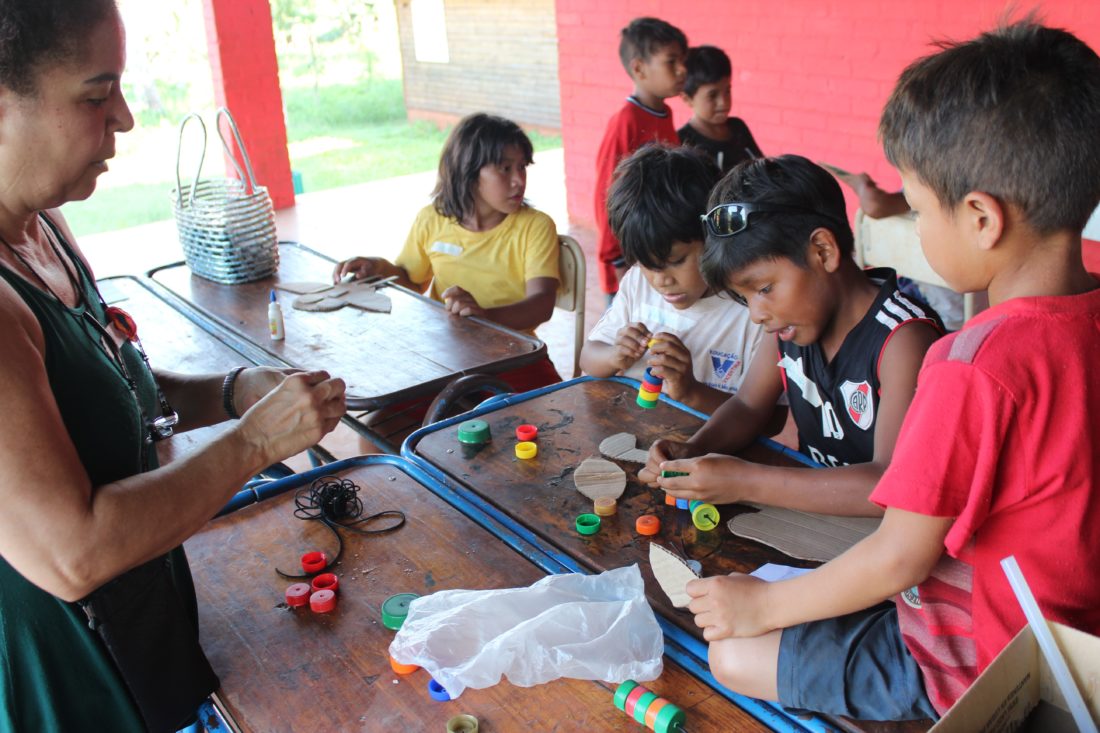 Ever since the team at Awasi Iguazu, our Relais & Chateaux lodge in Northern Argentina, first ran an arts workshop in November 2018, we have held regular arts, crafts and drama classes for children from the neighbouring Guaraní community of Yasy Porá. As the local school doesn’t have an art teacher, we decided to run regular teacher-led workshops with the help of local Argentinian artists and drama teachers. The classes have proved hugely popular with the children who attend and have helped support the school and encourage the children with their artwork.

The latest arts and crafts workshop we ran was a puppet workshop, with the support of an arts group based in nearby Puerto Iguazú; a great way to encourage further integration between local artistic groups and the Guaraní community. 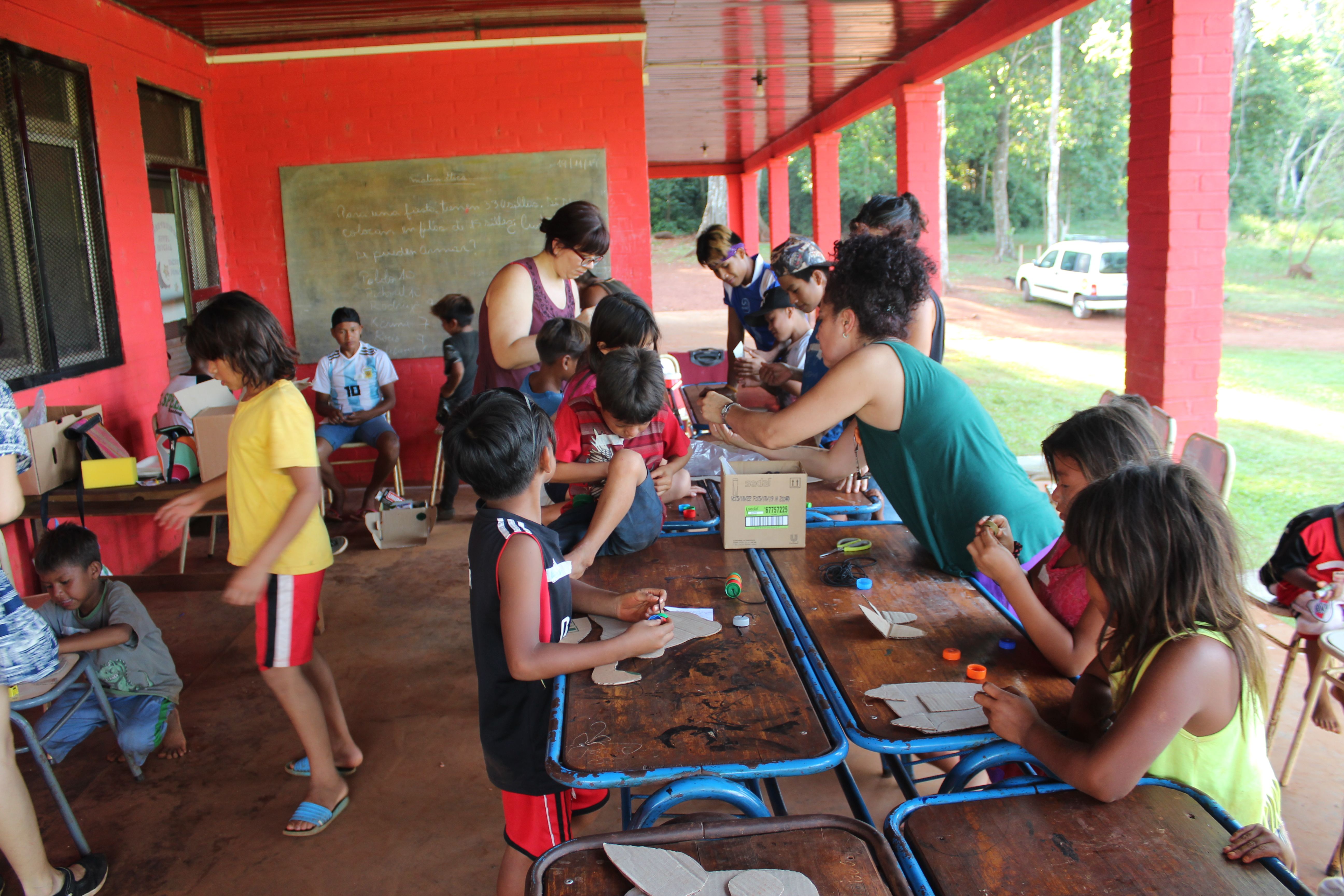 The workshop was divided in to two 4-hour sessions spread over two days. 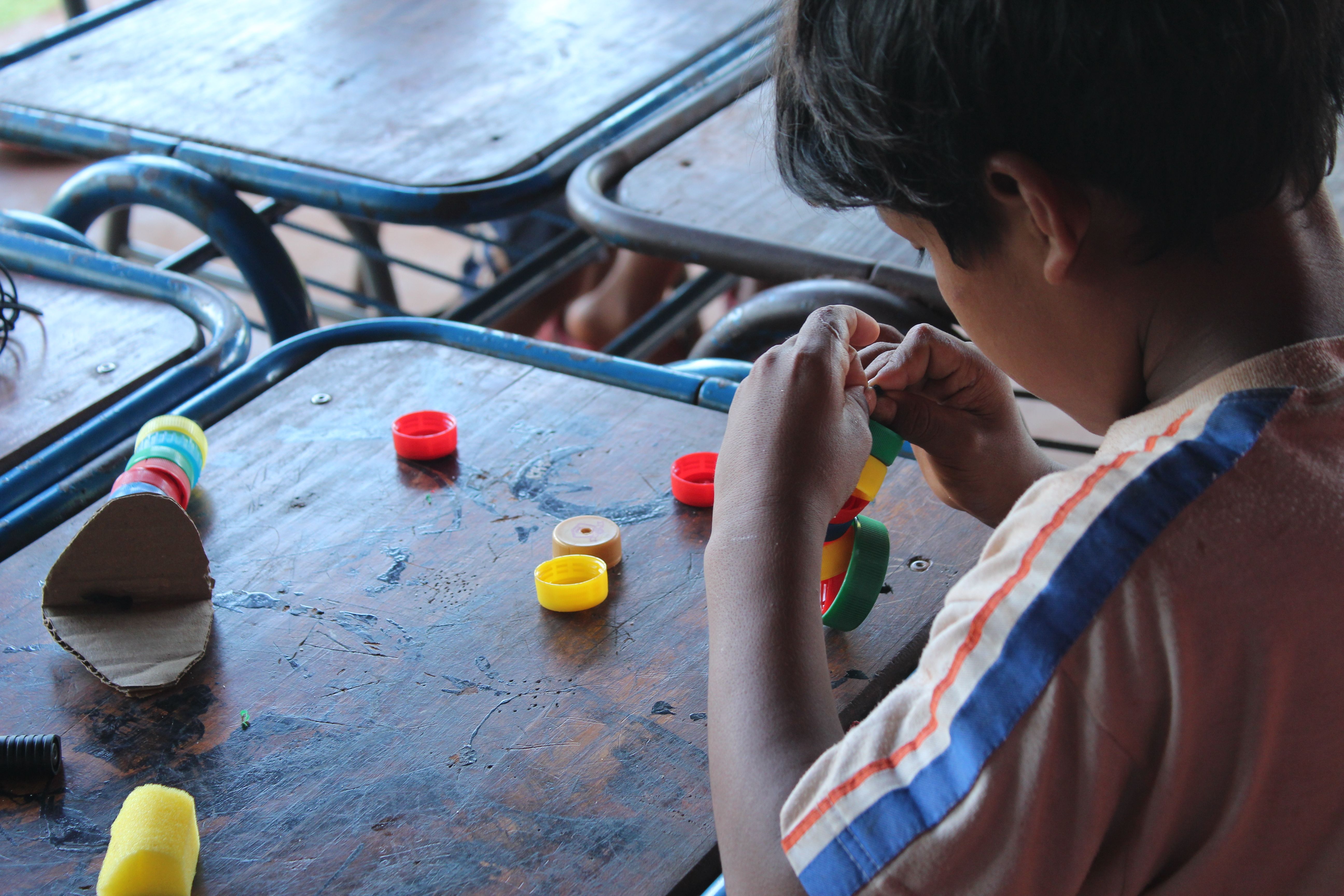 On the first day, the children were taught to make their puppets, from re-used materials such as old cartons and bottle tops, plus string and card, as well as objects found in the surrounding forests, including sticks and leaves. Given the abundance of magnificent flora and fauna on the doorstep, the children decided to make animal-themed puppets, so the day was spent cutting out shapes of jaguars, owls, frogs and coatis, and then sticking them together so the puppets could take shape. 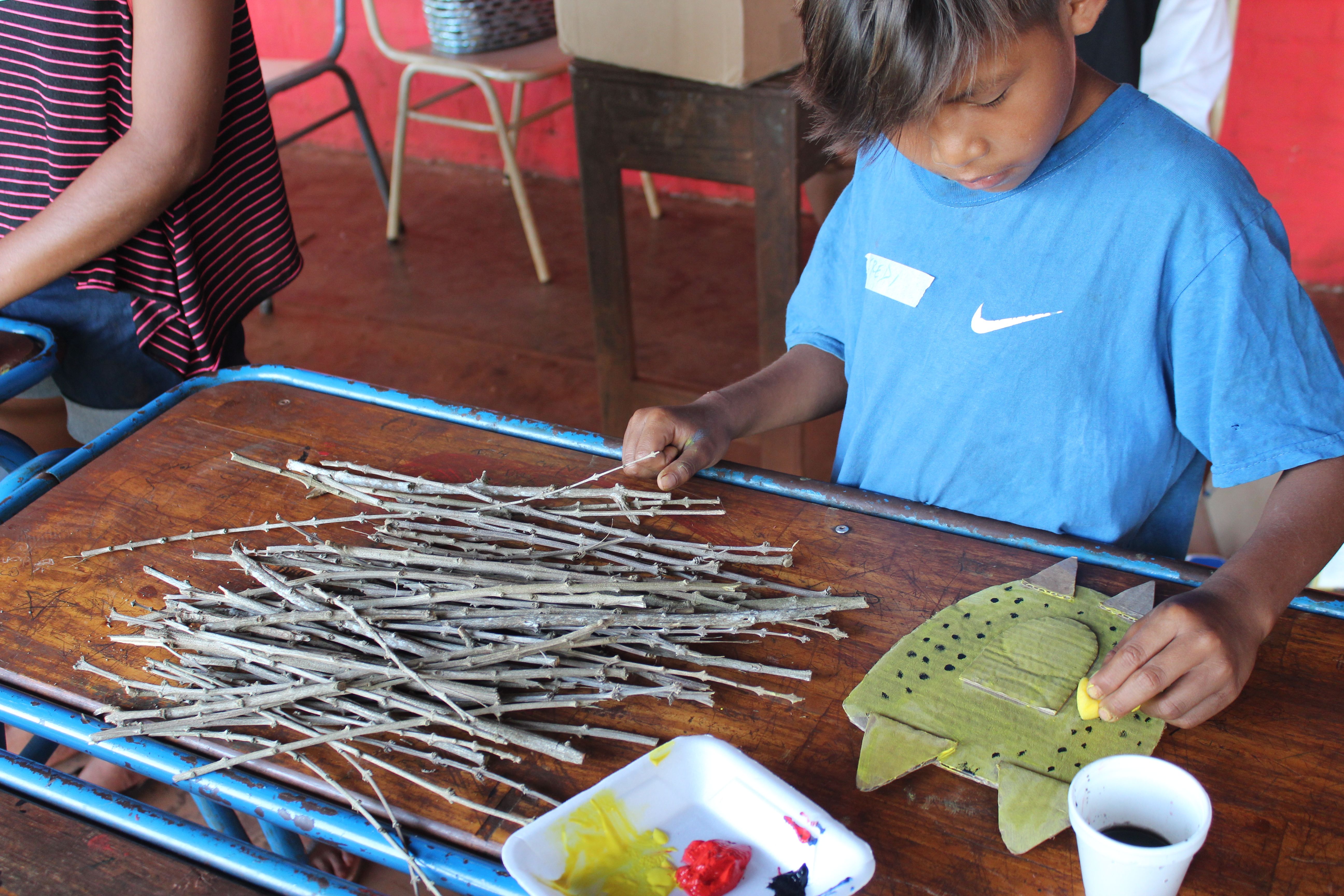 Things became progressively messy as felt tips and paints were used to add the decoration and finishing touches. Eyes, beaks, teeth and wings, as well as spots and patterns and all sorts of colours were used as the puppets took on a life of their own. 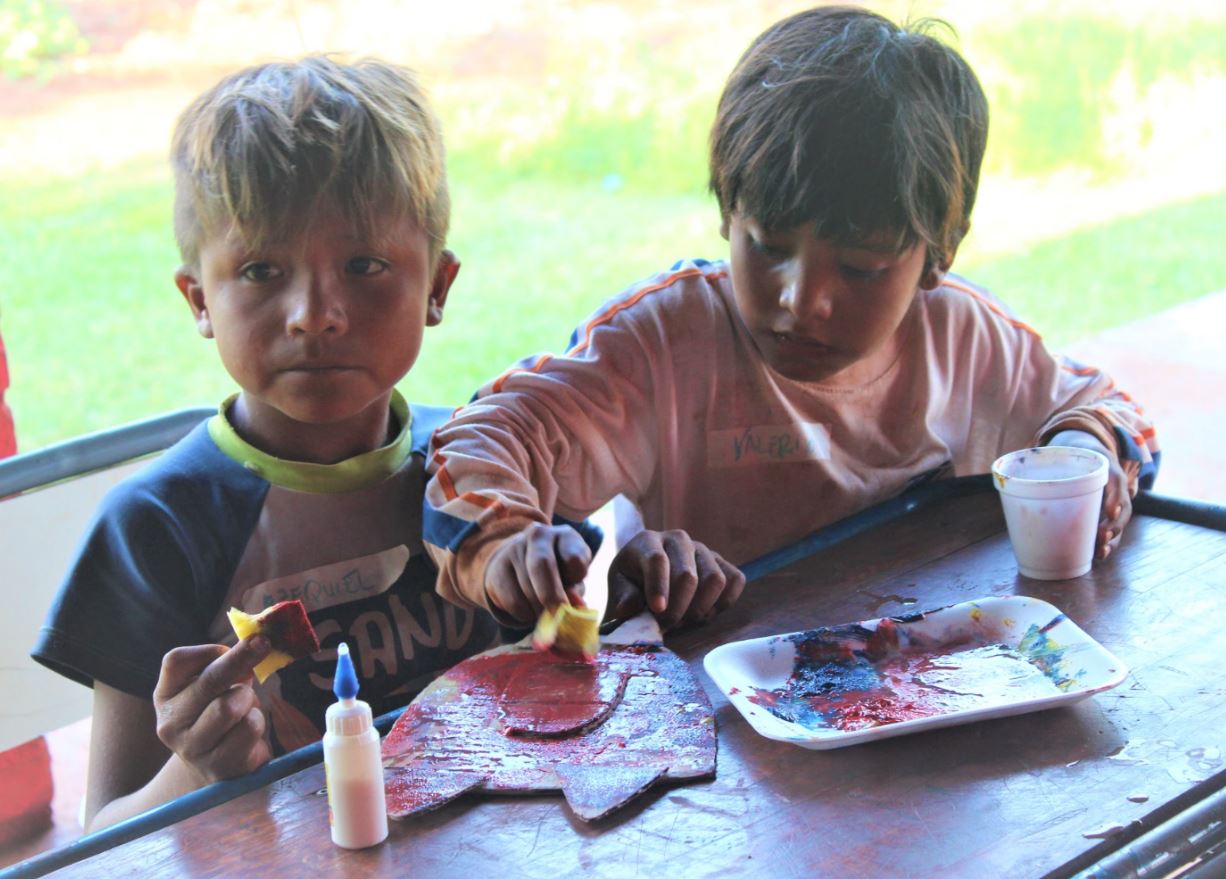 On the second day, the teachers leading the workshop showed the children how the figures could be used to tell stories. With the help of background music, the children were encouraged to reproduce the sounds of their chosen animals and act out their movements and actions. As the day progressed, the children developed improvised storylines and scenes for their puppets, encouraging their creativity, spontaneity and playfulness. 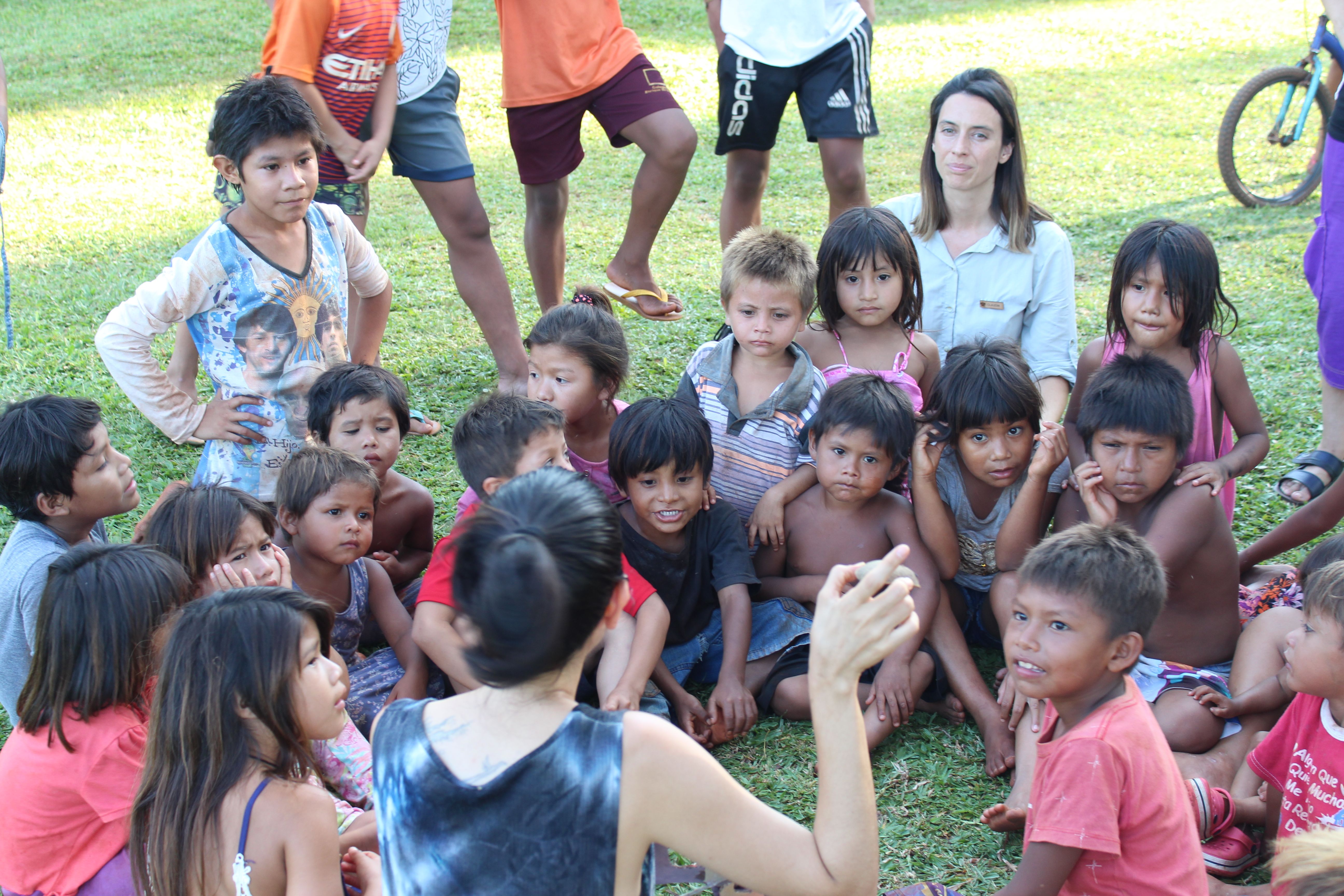 Since we started organising the arts and crafts workshops, be it arts, drama or craft workshops, they have proved immensely popular with the children from the neighbouring Guaraní community. 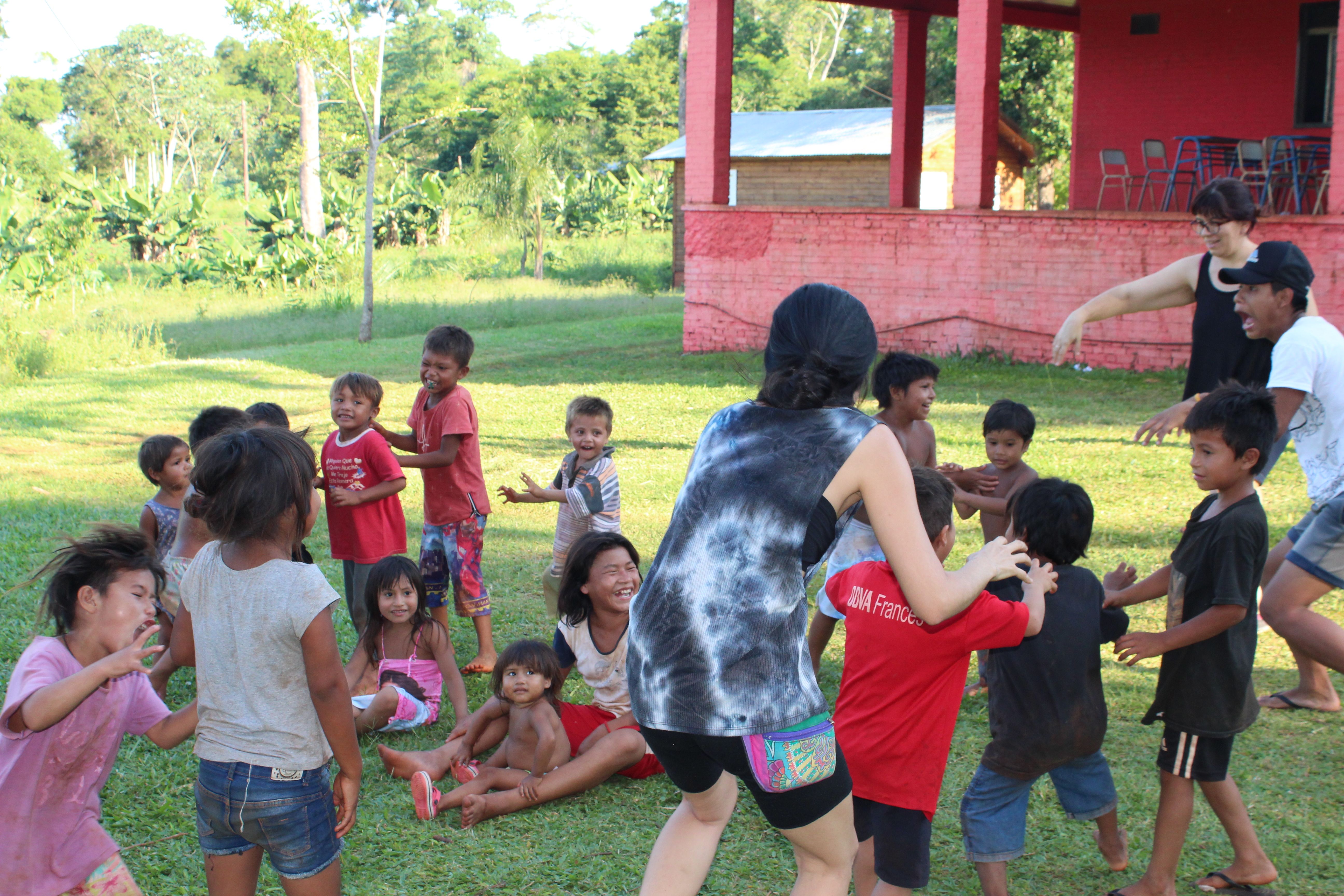 We are happy to report that the puppet class proved no exception. Around 35 children took part on each day of the workshop – a record for the Awasi arts and crafts classes – not to mention several adults who couldn’t resist taking part either! 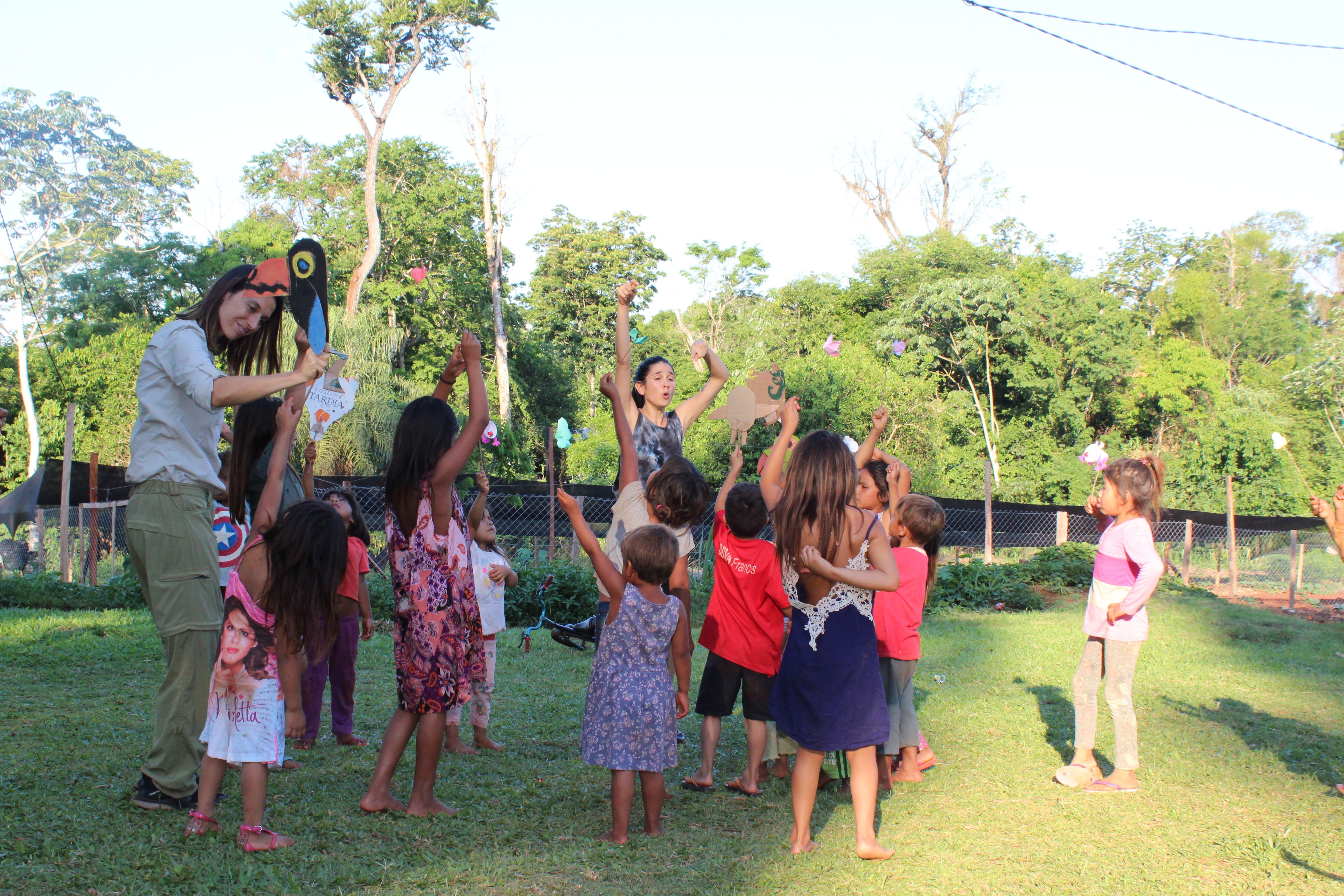 That Floating Feeling at Awasi Iguazu

Sustainability at the Awasi Lodges