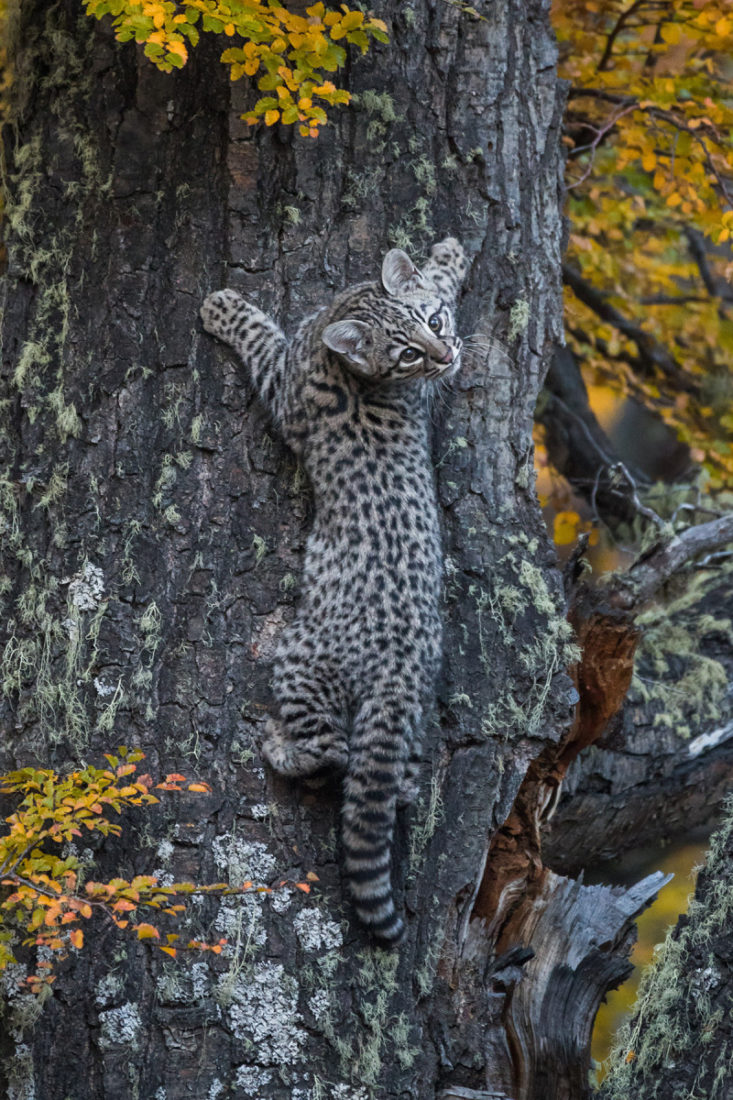 “I began to walk between the Lenga trees and after about 50 meters I came across some Geoffroy cats – I’m not sure who was more surprised by the sighting, the cats or me!” Eduardo Minte Hess

Since the launch of the Awasi Puma Foundation our eyes have been turned to tracking Patagonia’s big cats, but two Geoffroy’s Cat kittens recently made an appearance on the Awasi private reserve, demonstrating the rich biodiversity surrounding our lodge.

“I was out at daybreak looking for pumas in the reserve with a fellow Awasi employee when I noticed that the clouds looked especially striking above the mountains and the sky to the east was clearing,” says Eduardo Minte Hess. ‘It looked set to be a beautiful sunrise so I drove a little further to a viewpoint where I could take photos and enjoy the show.” 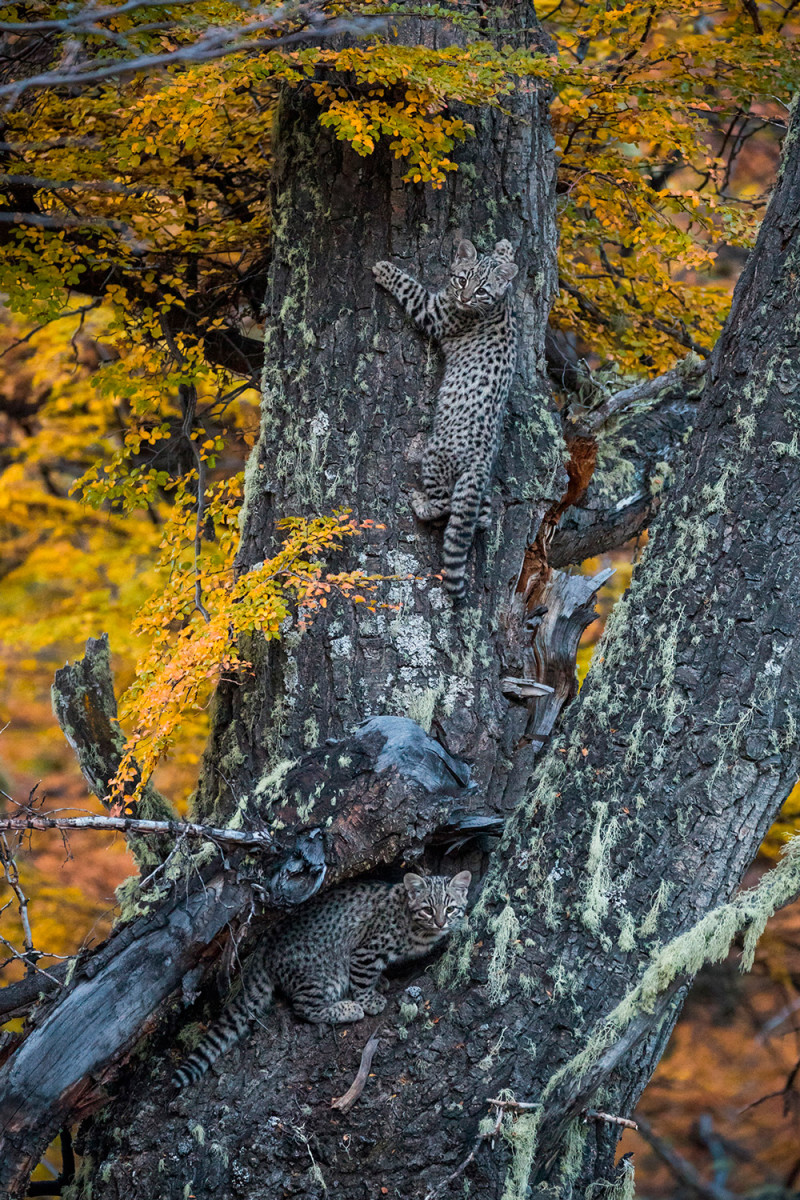 “After a couple of minutes I heard some unusual sounds in the woodland beside me. I began to walk between the Lenga trees and after walking about 50 meters I came across some Geoffroy cats – I’m not sure who was more surprised by the sighting, the cats or me!”

The Geoffroy’s cat (Leopardus geoffroyi) is a very rare species of wild feline, and this sighting is hugely positive as two kittens demonstrate that they are thriving on our reserve.

Native to the southern and central regions of South America, this is the first sighting of its kind on the Awasi Patagonia private reserve, on the edge of Chile’s Torres del Paine National Park. 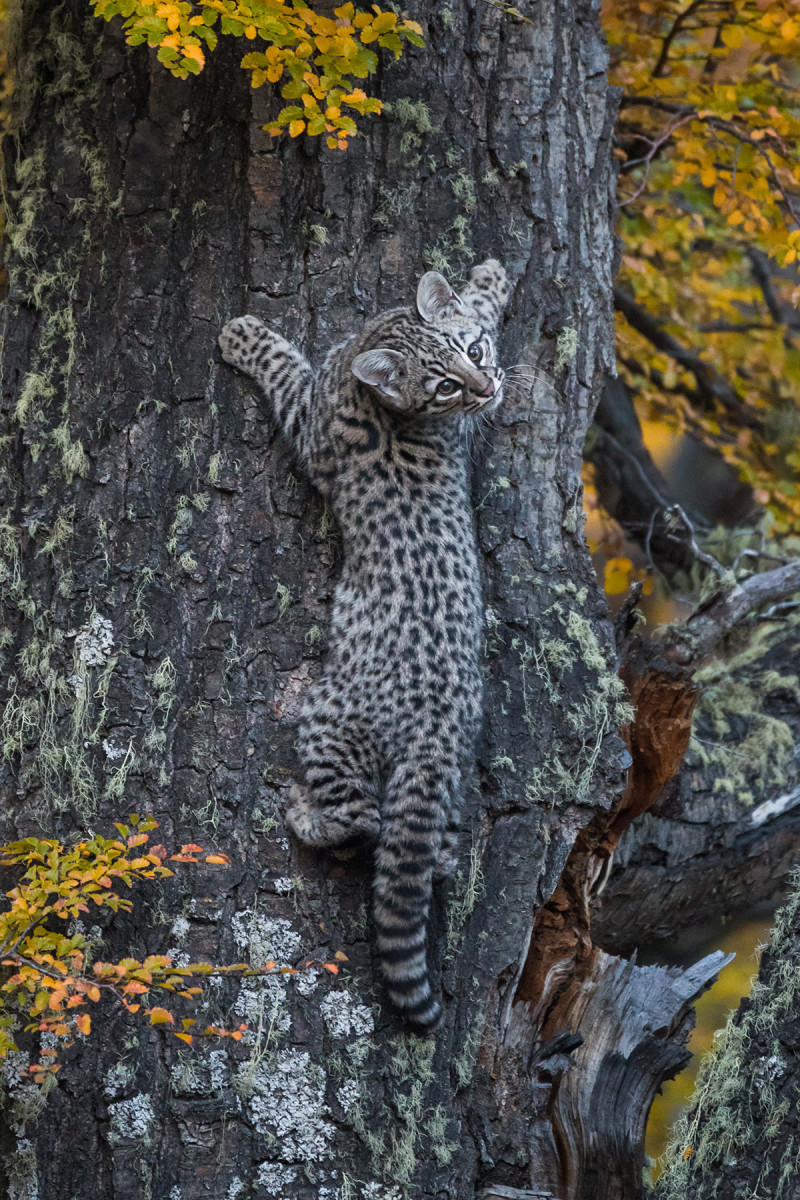 “I had waited for this moment for three years, and now I found myself standing in front of two of these felines. They climbed into a lenga tree and I started taking pictures of them. It was half dark and I was worried that I was not getting the photos as I was shivering with emotion. I filled the memory of my camera increasing the ISO to 6400 and thankfully managed to capture the couple of photos that I share today.”

Also known as the Argentinean Wildcat, this feline can be found in Brazil, Bolivia, Argentina, Uruguay, Paraguay and Chile. It is regarded as a kind of minor concern (LC) according to the IUCN Red List of Threatened Species.

We are working hard to protect Patagonia’s biodiversity, and we need your help to continue, improve and expand the Awasi Puma Foundation. Please email us if you would like to get involved: info@awasi.cl

We are proud to count keen biologist and photographer Eduardo among our guides at Awasi Patagonia, our luxury lodge in Chilean Patagonia. At all three Awasi lodges (Atacama, Patagonia and Iguazu), excursions are tailor made with each room being allocated a private guide and 4WD so guests can create their own excursions based around their interests and to suit their pace.

Awasi Iguazu in the Financial Times