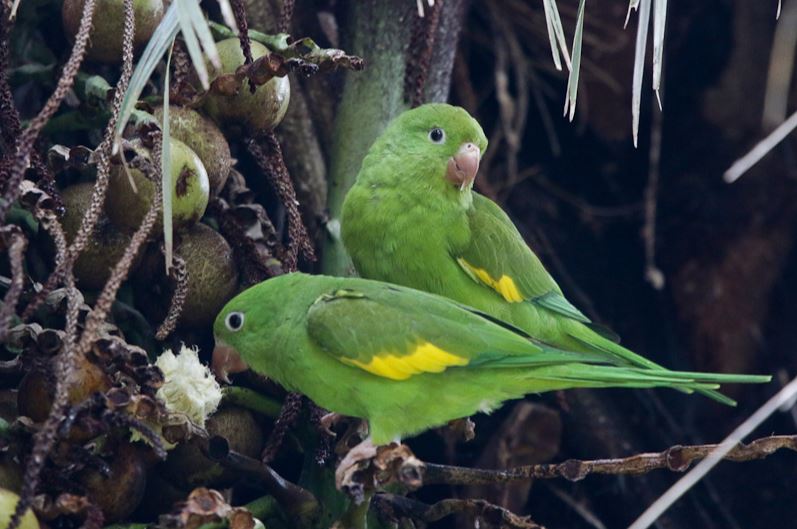 Born to fly – releasing rescued birds back into the wild

Born to fly – releasing rescued birds back into the wild

The birds had either been injured, or held in captivity...

A couple of weeks ago, vets from the Güirá Oga animal sanctuary, assisted by some members of the Awasi Iguazu team, helped to release several birds back to the wild after being rescued. The release took place in the grounds of Awasi Iguazu; surrounded by thick Atlantic Rainforest, our Relais & Chateaux lodge was the perfect spot to return them to their natural habitat.

The Güirá Oga animal sanctuary, located just outside the town of Puerto Iguazu, is a wildlife refuge that rescues, rehabilitates and, where possible, releases back to the wild animals that have been the victims of illegal species trafficking, poaching, or have met with accidents. Our relationship with Güirá Oga dates back several years, and Awasi guests are welcome to visit as one of our many excursions. We also help with logistical support, lending vehicles and personnel when needed, as well as donating regularly to help them continue their important work.

Back in January 2020, once again in collaboration with our team, they helped to release Lulu, a tapir that had been captured and was in the process of being sold by some members of the local Guarani community. This magnificent creature is now happily living at her new home on Isla Palacio on Lake Uruguaí – a private island often used as a holding station for animals being reintroduced to the wild. 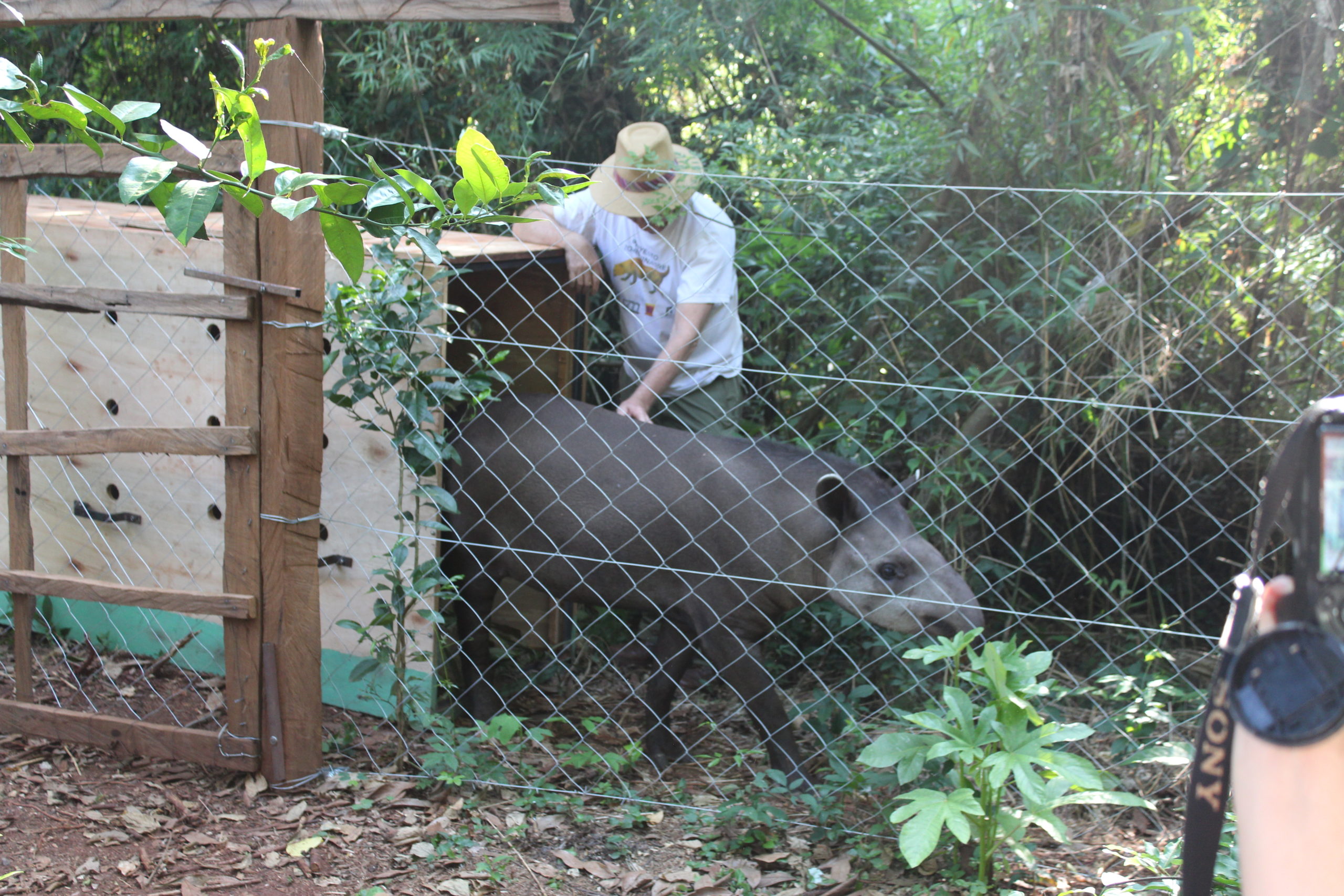 In this instance, the birds that arrived at Güirá Oga had either been found injured, or had been held in captivity and subsequently liberated.

One, a beautiful Chestnut-eared Aracari – a member of the toucan family – that arrived with a fractured beak, had collided with a window and fallen in to a swimming pool at a house nearby. The kindly owner fished the stricken bird from the water and brought it to Güirá Oga for treatment. 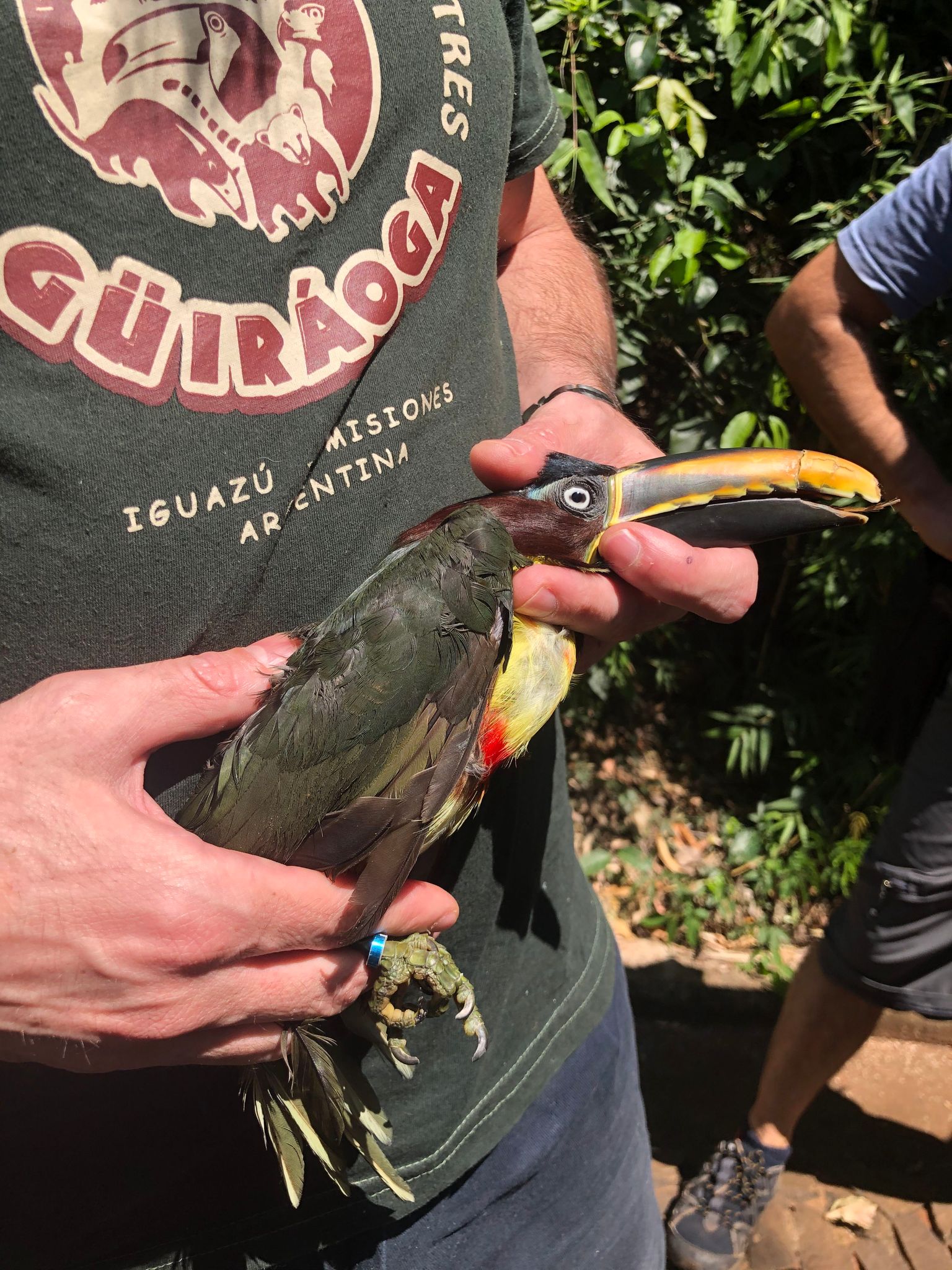 The other two birds were Yellow-chevroned Parakeets, striking, bright green birds with a trailing yellow edge on their folded wings, native to tropical South America from Brazil to Paraguay and Northern Argentina. Sadly common in these parts, these chirpy parakeets had been trafficked, stolen from their natural habitats and sold as pets, before being delivered to Güirá Oga once it was clear the owners were unable to look after them.

The release was led by Güirá Oga vet Gabriel Acevedo and his team, assisted by Awasi Iguazu guides Paula, Javier and Carolina. Before any animals can be approved for release, Gabriel and the other specialists at Güirá Oga have to assess each animal for injuries, as well as determine their general health and state of nutrition. Animals are quarantined if necessary to avoid spreading illnesses, and are kept under close care and observation.

The process of releasing animals to the wild is complex. In particular, creatures that grew up in captivity or have spent many years as pets or in cages may not be capable of surviving in the wild, and many people who keep wild animals as pets aren’t aware that doing so causes them to lose the skills and habits necessary for them to survive naturally. However, under the skilful guidance of the team – although with as little human contact as possible to avoid them becoming overly-accustomed to human contact – many can be re-taught crucial skills required to survive, such as how to hunt for food. Sadly, some animals have become so domesticated that they would not be able to survive in the wild. In these cases, the animals are housed permanently at Güirá Oga or other wildlife centres in the region, where tourists can visit them to learn about the problems caused by the illegal trafficking of animals. 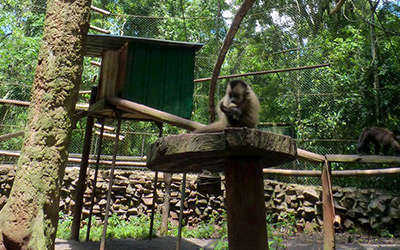 Once the animals have recovered from any illnesses and injuries and have learnt all they need to to survive in their natural habitat, the process to release the animals can begin in earnest. Possible release locations are identified based on the animals’ characteristics and origin. Typically, reserves or natural parks in the Misiones region are used as this is where the animals housed in Güirá Oga tend to come from. Whilst the private, secluded Isla Palacio – the new home for Lulu the tapir – is ideal for larger mammals, the dense forests around Awasi Iguazu are perfect for birds.

And so to the release itself, a relatively simple affair after all the hard work required to reach this point. 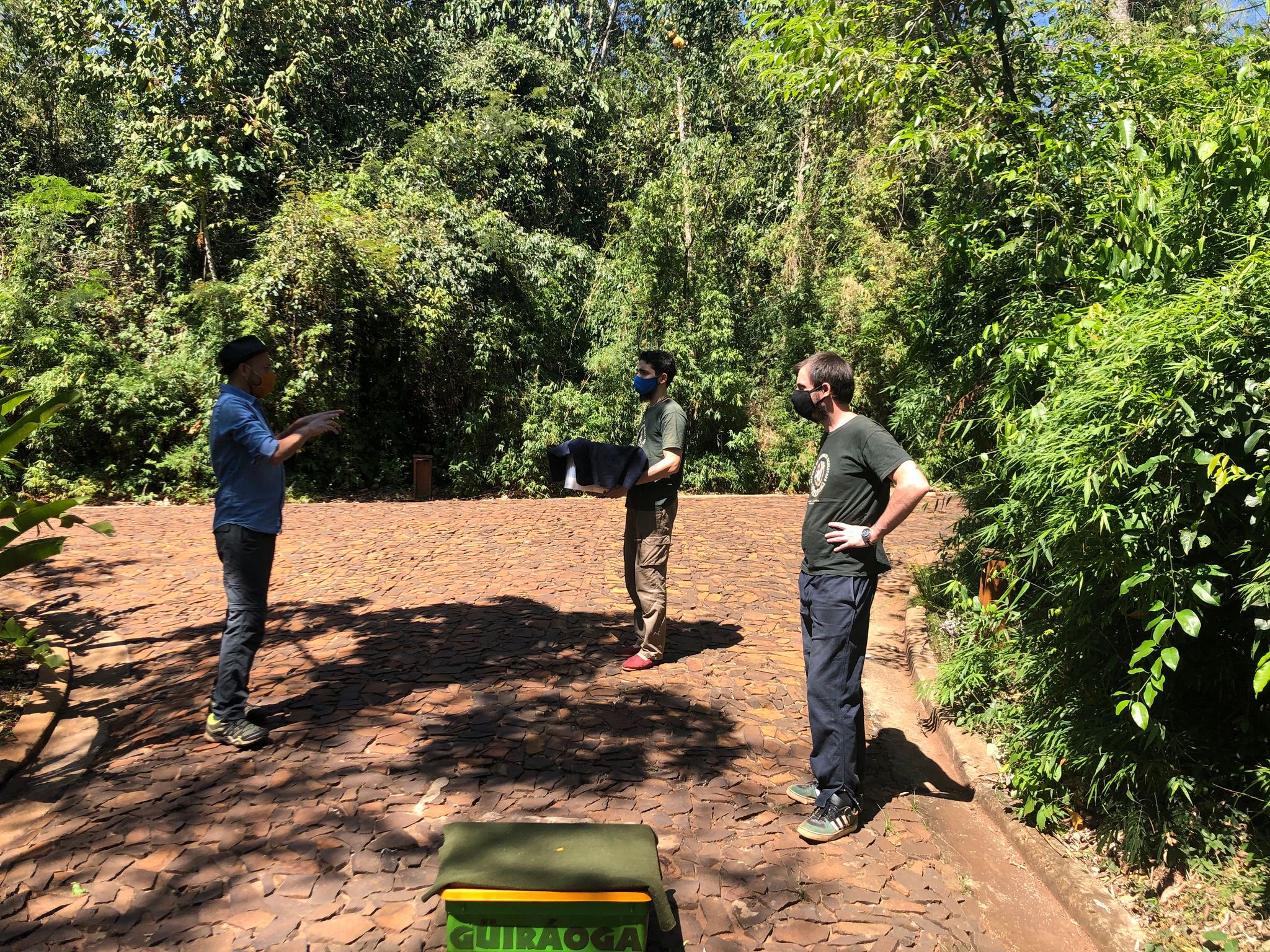 The animals are transported the short journey from Güirá Oga to Awasi Iguazu under blankets to minimise stress. After a few moments to settle, the blankets are lifted and the lids taken off the boxes housing the birds. With a few seconds’ pause as they accustom to the bright light of the Misiones sun, the plucky parakeets launch themselves towards the trees, so beginning a new chapter in their new home on the banks of the River Iguazu.

The toucan, fully recovered from its injuries, is released by hand by our guide Paula, its bright plumage catching the light as it soars towards the safety of the canopy above. 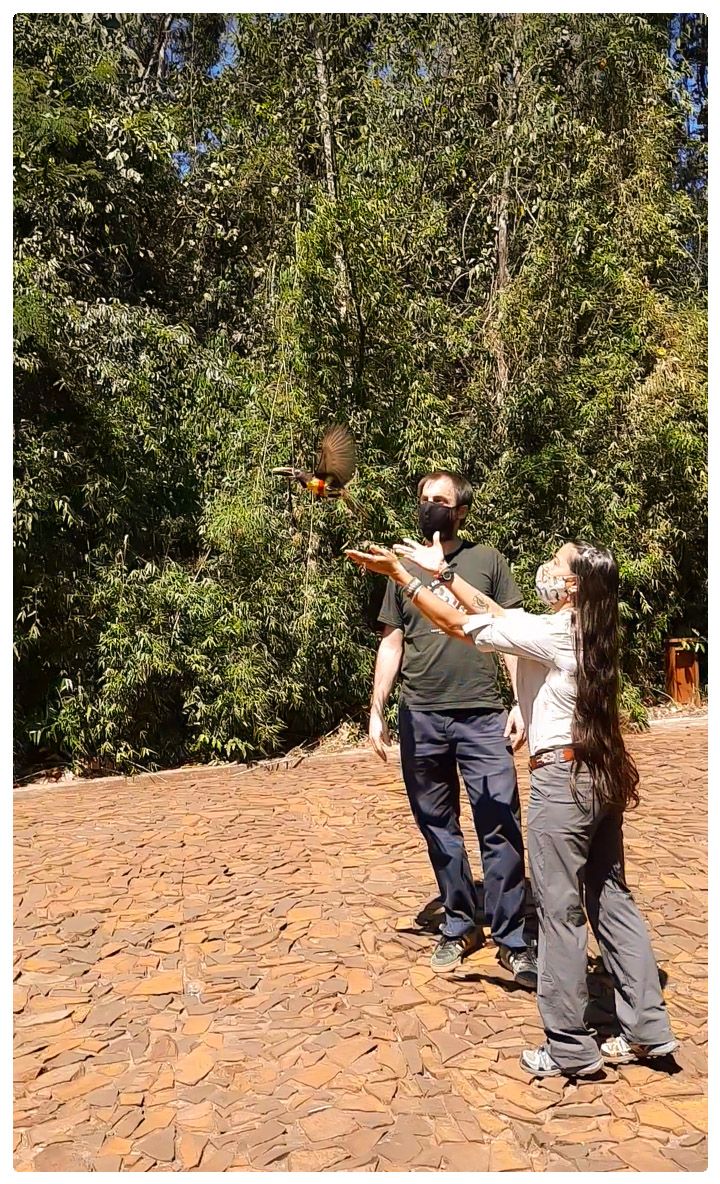