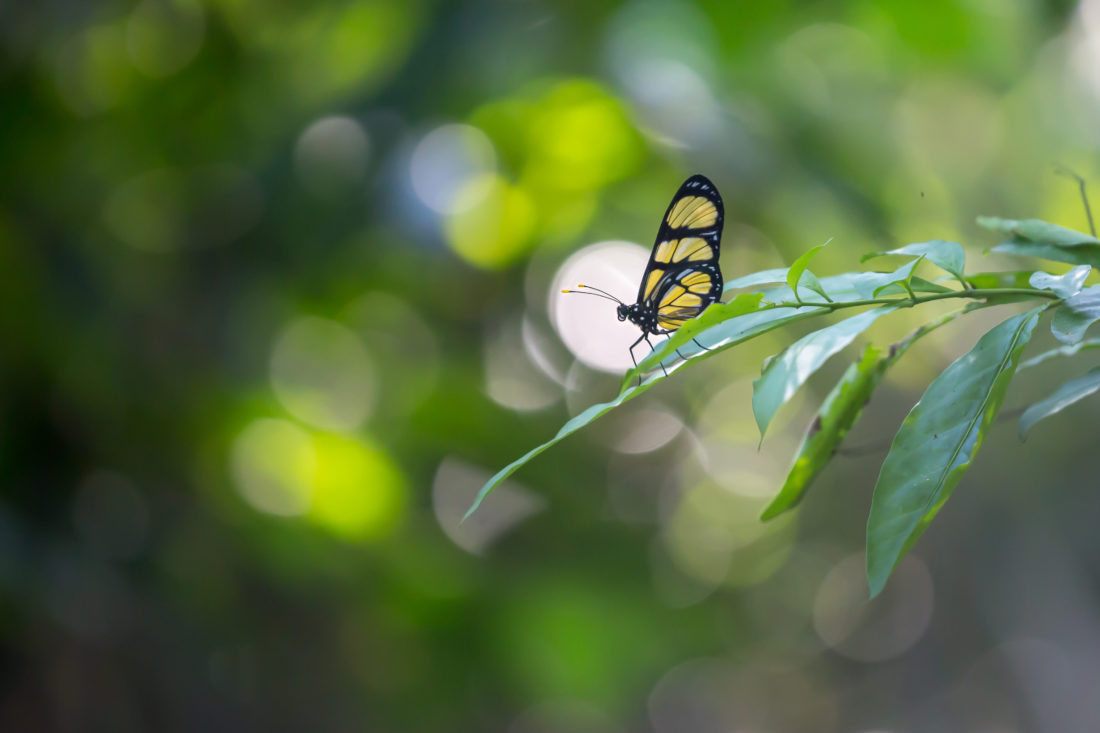 As you may have read in our previous blog, Turning to Learning, at the end of 2019 we developed a series of live internal talks, designed to help the Awasi team keep learning, feel motivated and connected.

Each week, a member of the team chooses a topic of interest and gives a presentation to their colleagues. These talks pre-dated the global pandemic but grew in importance as our lodges temporarily closed their doors and many team members were sent into lockdown – with the exception of a handful of team members tasked with looking after the lodges (which included skiing on our private reserve in Patagonia!).

With time suddenly available in abundance, we sensed an opportunity. Embracing the zoom culture, Awasi Talks went virtual and were opened up to the entire Awasi family rather than just those at each lodge (talks were originally carried out in person).

The most recent Awasi Talk was led by Clau Celentano, Head of Special Projects and responsible for all our projects that go beyond our day-to-day operations. 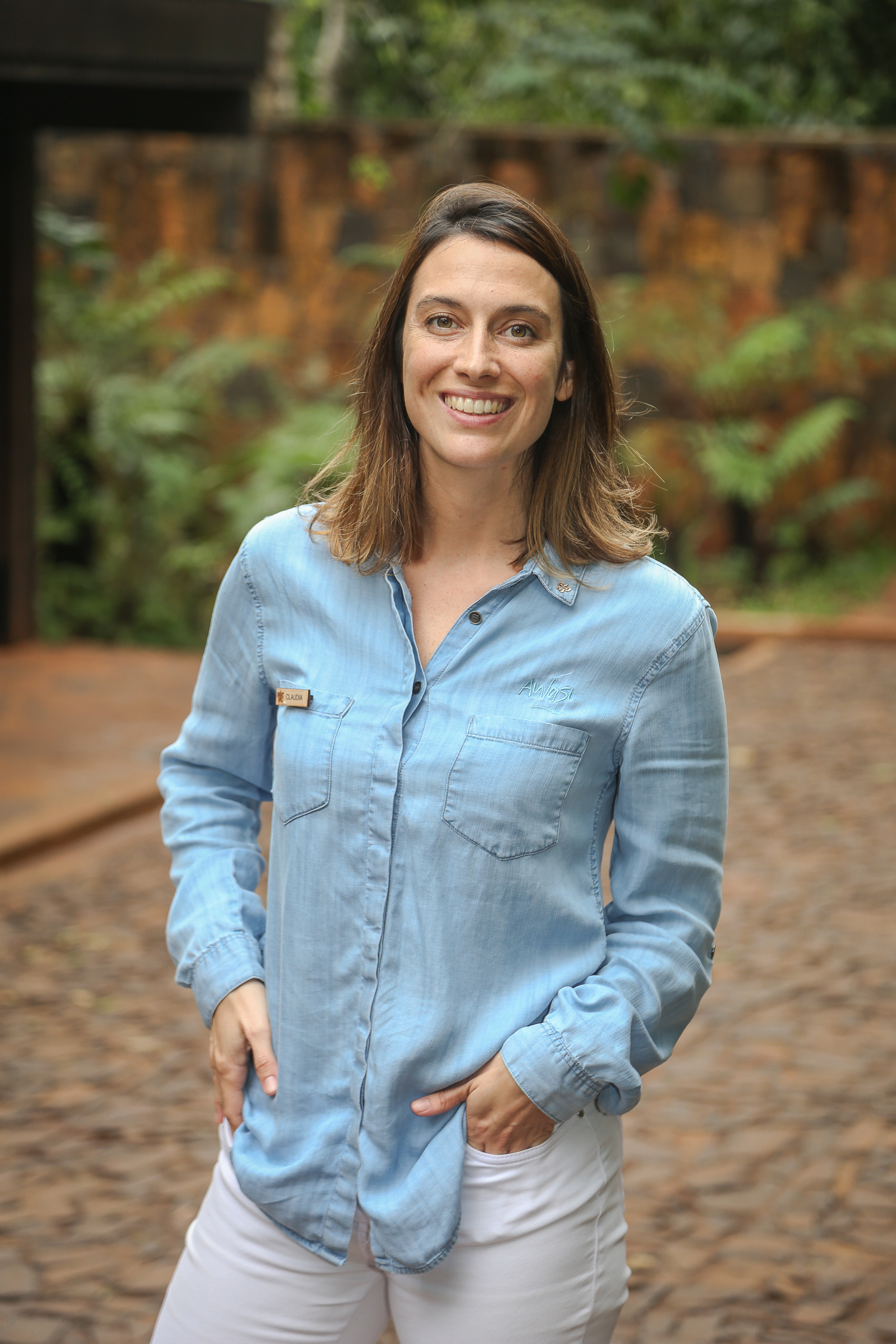 As part of the role, Clau is the principal point of contact for the organisations and communities that work with us via the Awasi Foundation. One example is Güira Oga and the Red de Yaguaretés (Jaguar Network), an animal sanctuary near Iguazu that specialises in the rehabilitation of rescued animals.

Clau’s talk focused on the biodiversity of the Atlantic Rainforest, the area surrounding Awasi Iguazu and the Misiones region of Northern Argentina. An incredibly biodiverse region which stretches in to Brazil and Paraguay as well, the Atlantic Rainforest is home to almost 20,000 plant species – in some areas as many as 450 different tree species can be found in a single one hectare plot. What is more, many of the plants and animals that call this area home are endemic (only found in this area): about 50% of tree species, 60% of vertebrates and up to 90% of amphibians are found nowhere else on Earth. 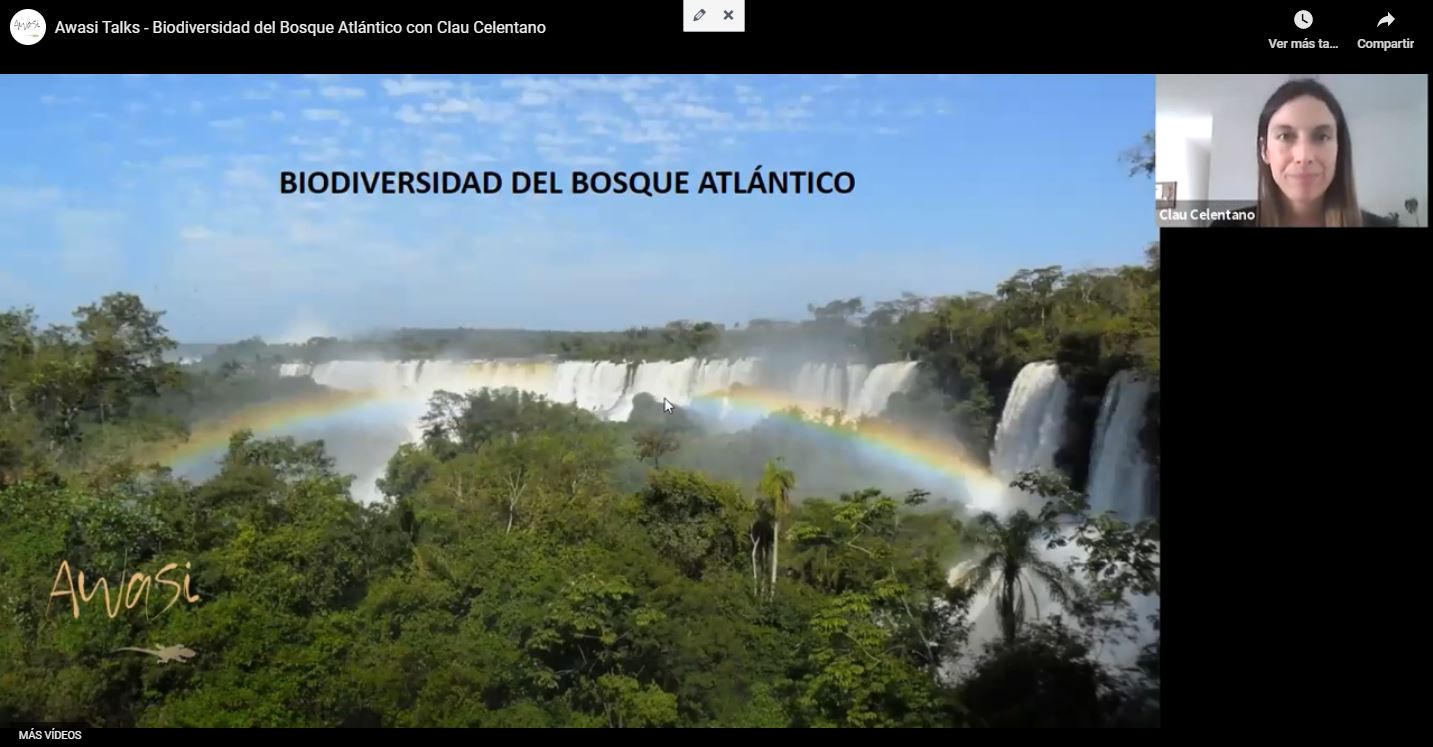 “Awasi Talks – Biodiversity in the Atlantic Rainforest with Clau Celentano”

The talk covered many aspects of this fascinating region, including the range of species and endemism of the forests; more than 2,000 vertebrate species, 1,000 birds, 475 amphibians and 300 reptiles live here, of which a huge proportion are endemic. 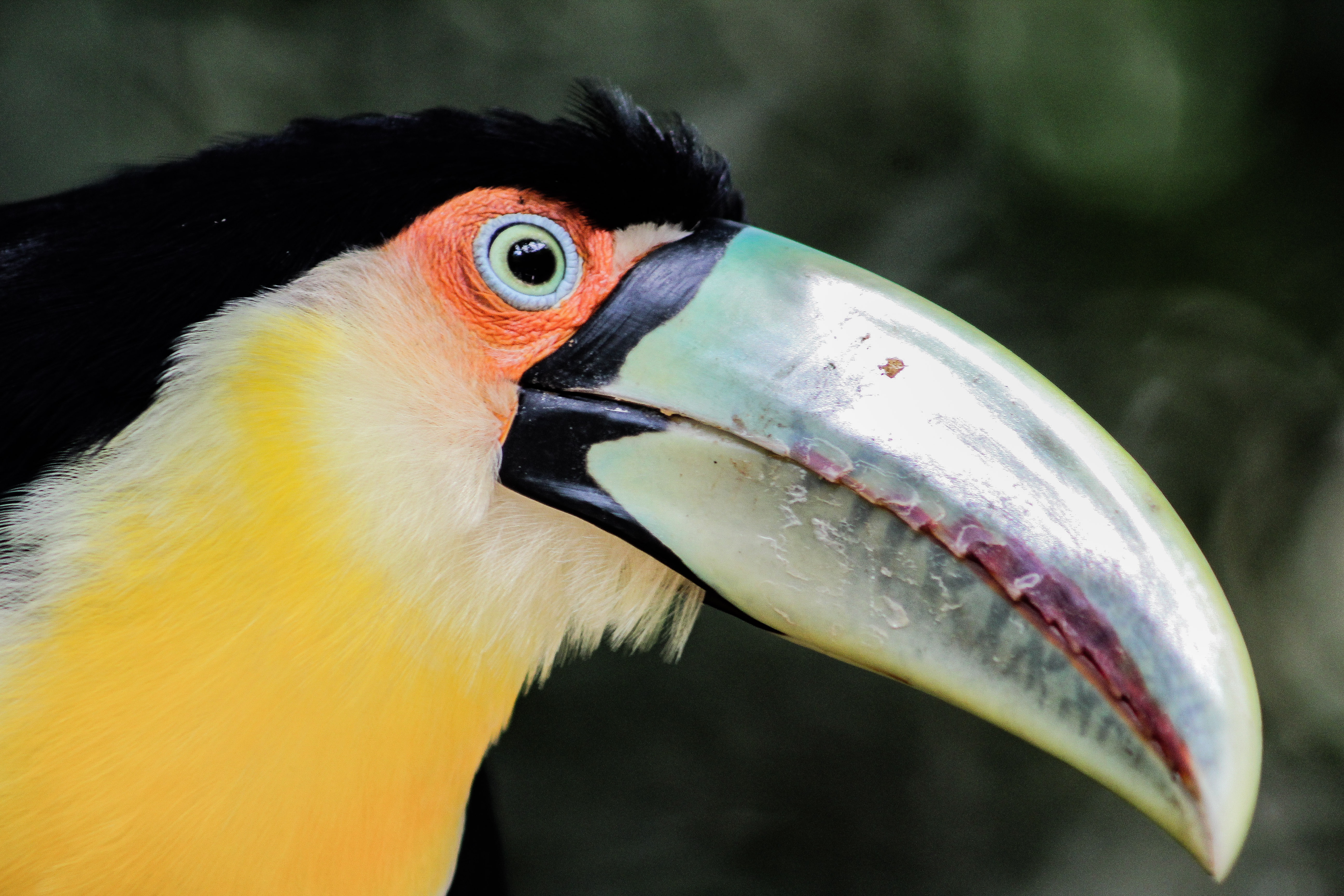 Wildlife spotting – Our guides know the best places to try you luck with the local animals. Iguazu is a birdwatcher’s paradise, but many more animals can be seen in the lush rainforest.

Clau also talked about the flora – the trees, vines and other plants – that make up the area.

After introducing the forest with an overview of the principal species and how they spread and grow, as well as a fascinating description of the forest profile where emergent trees soar above the canopy layer, with the undergrowth level below – she went on to talk about some particularly interesting plants specifically.

For example, the Chachíes tree is a primitive species from a family of plants that have existed for the past 350 million years – before the time of the dinosaurs. Not ones for rushing life, they grow at a stately 1 metre every 100 years. 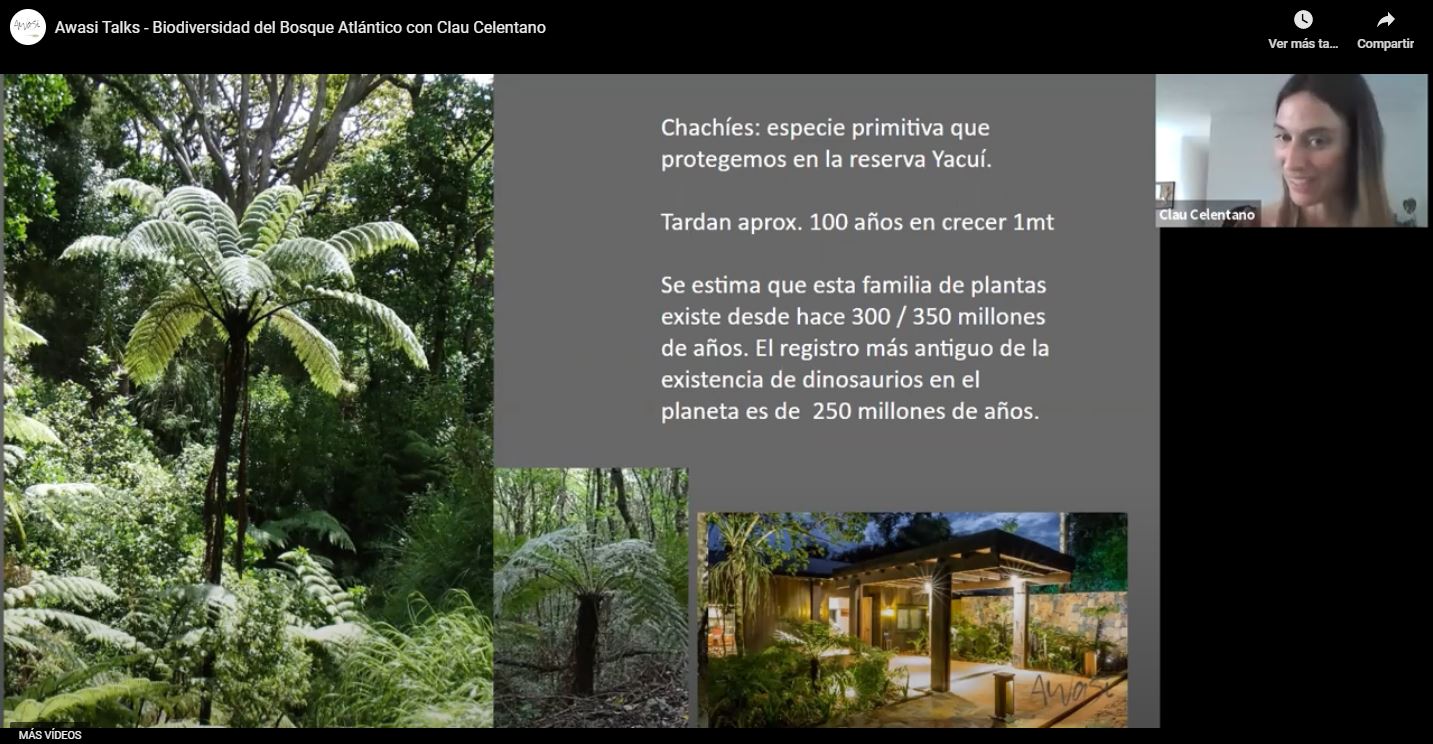 No discussion of the Atlantic Rainforest would be complete without mention of some of its most charismatic creatures.

With the hidden cameras that our team have placed in various parts of the forest – both in Iguazu and in Patagonia – we have managed to capture many fascinating beasts as they prowl the jungle floor. Foxes, ferrets, bears and ocelots, plus of course jaguars and even puma, live in these parts. 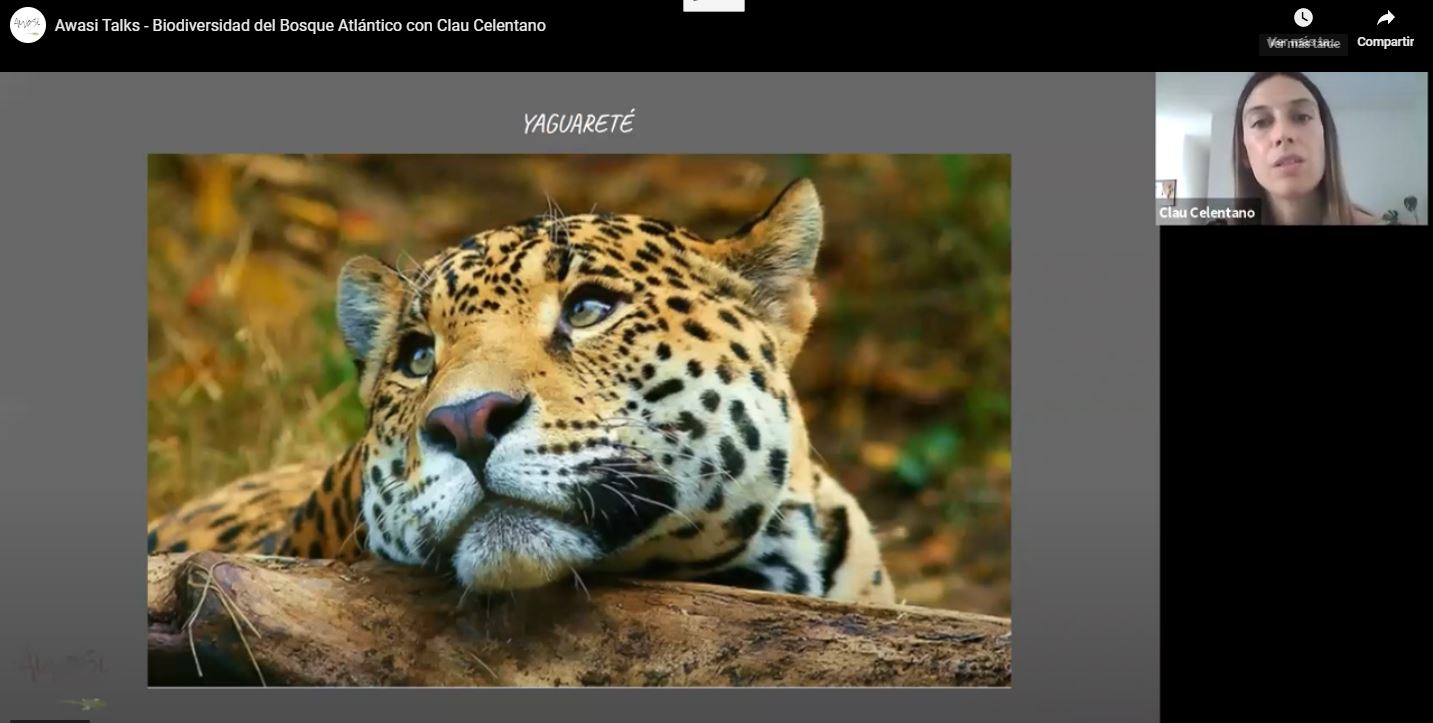 Many members of the Awasi Iguazu team grew up in the local area, as such they are aware of the risks these creatures face, from habitat loss, hunting and persecution. The final section of Clau’s talk was a call to action, with tips and suggestions that we can all take on board to help protect the wonderful wildlife that inhabits not only the Atlantic Rainforest but all corners of our beautiful planet.

The talk provided a fascinating, detailed insight in to the Atlantic Rainforest, offering wonderful observations and facts about many facets of this incredibly diverse region.

For those who speak Spanish, below is a link to Clau’s Awasi Talk in full:

Astrophotography in the Atacama