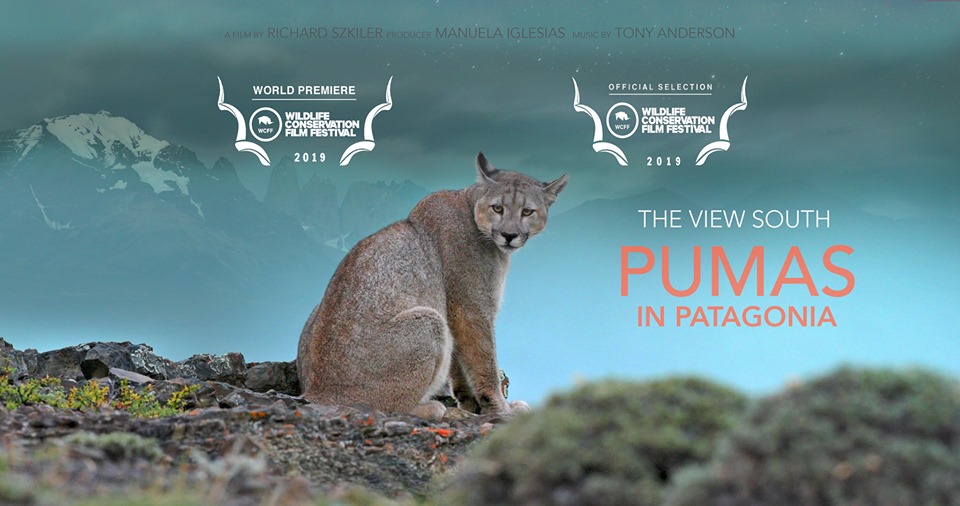 "We believe beauty is nature’s way of making us fall in love with her and in this way protect her and care for her." - Richard Szkiler

A film about the Awasi Puma Foundation, “The View South: Pumas in Patagonia”, was shown for the first time at the Wildlife Conservation Film Festival in New York on 18th October 2019.

You can watch a short preview here:

This was the world premiere of the film which was produced by Manuela Iglesias and directed by Richard Szkiler. We spoke to Richard about the process of filming pumas on the Awasi Puma Reserve.

What brought you to Patagonia?

What brought me to Patagonia was a pending dream. My first trip to Patagonia was when I was 21 years old, it was my first stop in a trip around South America after leaving film school in Northern England and I fell completely in love with the place. Coming from the United Kingdom it’s hard to imagine a place so vast, virgin and free of human landmarks. I think the explorer inside of me felt completely happy in this territory and I felt the same way 10 years later filming Pumas in Patagonia. I came several times in the meantime but never for 40 days like this last trip filming The View South Pumas in Patagonia. I hope people can have a taste of this magical place in the film, the colours range from pink, purple to turquoise in a matter of minutes. As for the pumas, having direct contact with them was magical and pure, I filmed big cats before in Africa but what made it so special here was that we were on foot as apposed to being in a 4×4. You are right there with pumas in that sense, so your primal instincts kick in and you are as one with nature. I love it! 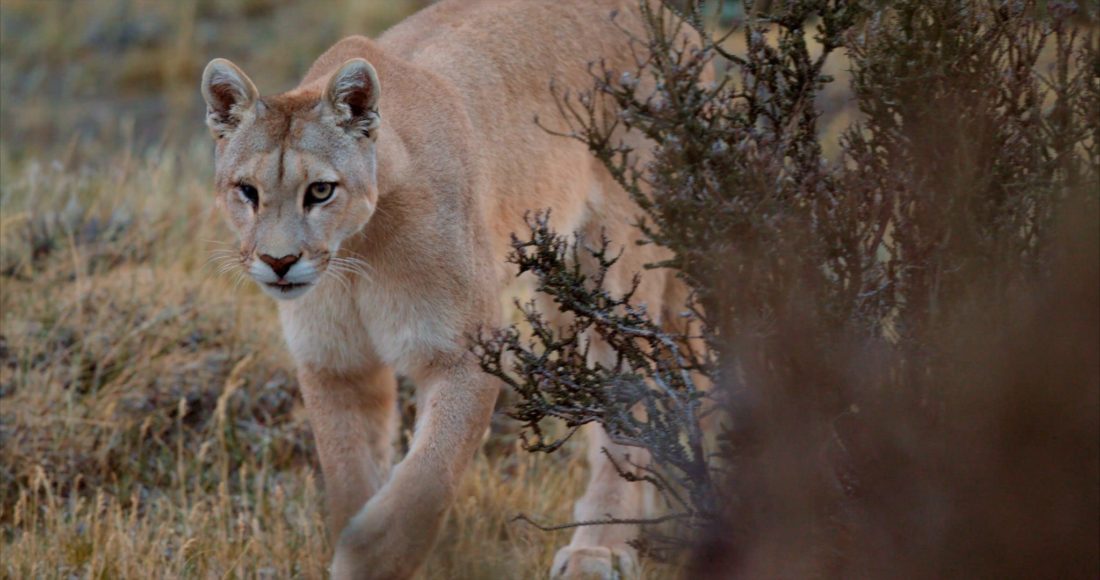 How did you hear about the Awasi Puma Foundation?

I heard about the Awasi Puma Foundation from Isabelle Mical, Director of Communications for Relais & Chateaux. We worked a lot together and when we told her about The View South Pumas in Patagonia, Isabelle put us in contact with Matias de Cristobal. We met in his offices in Buenos Aires and the rest is history. 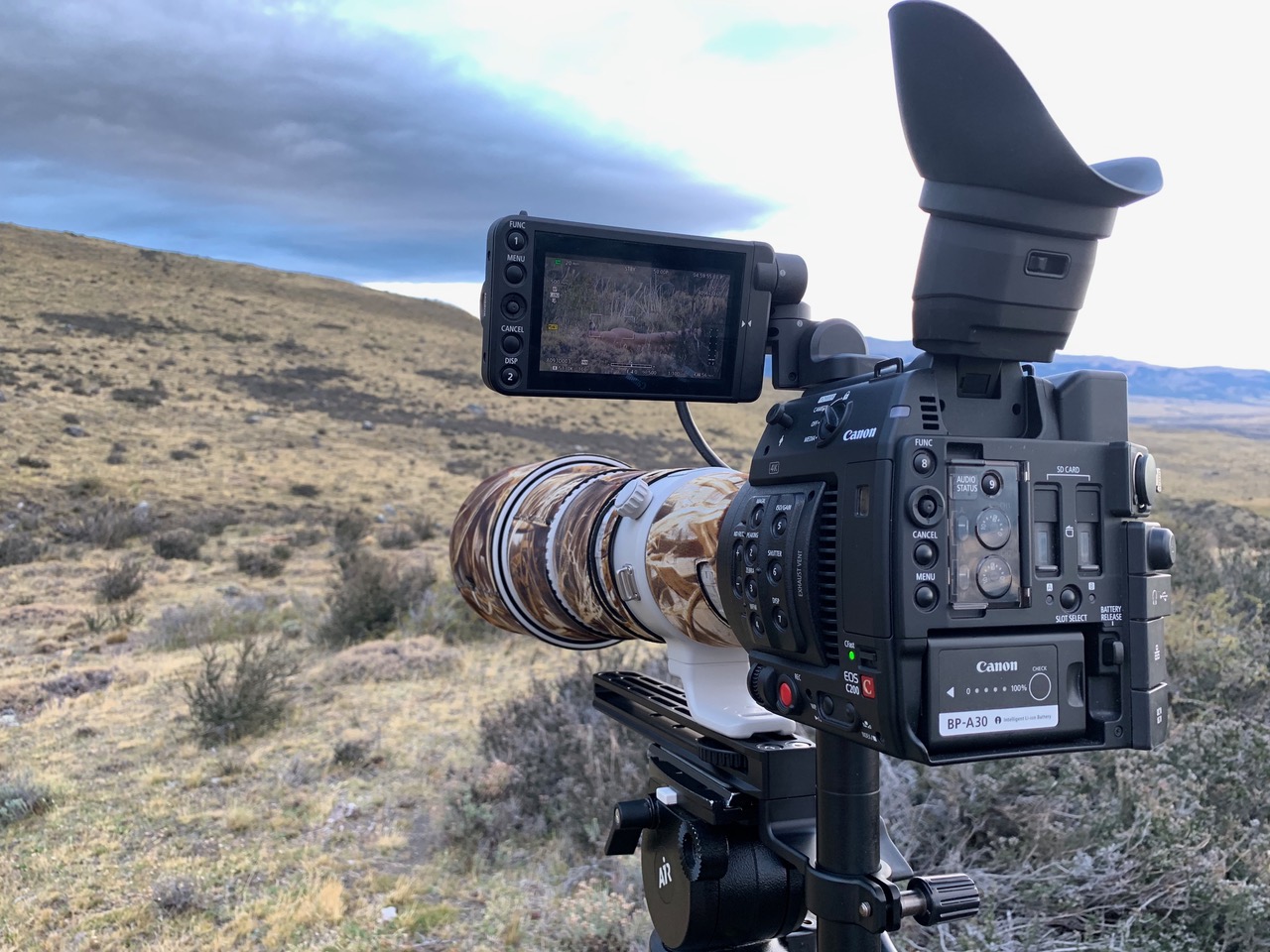 Tell us about your experience on the ground? Any surprising moments that you will always remember?

Patagonia is full of surprising moments, I remember we were going with the Awasi Foundation team to see the condors and a mother puma popped her head out of the mata negra (bushes) with two tiny cubs, it was spectacular. I also filmed a super moon setting behind the mountain just by Awasi, a real unexpected surprise! The experience on the ground was a dream and a memory I’ll have for the rest of my life. 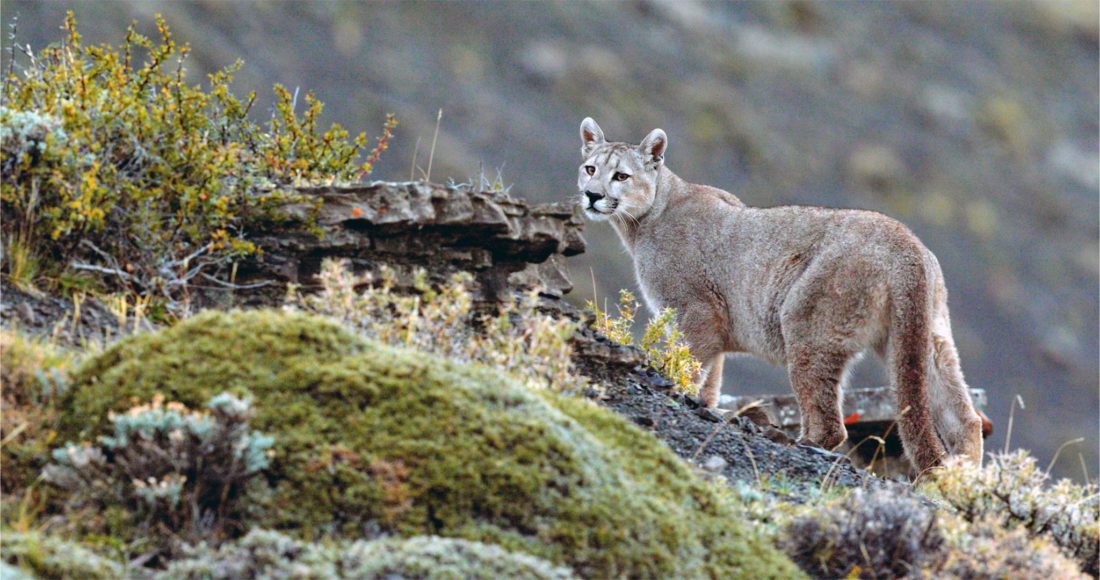 Any thoughts specifically on the Awasi Experience?

I think the Awasi Experience in Patagonia is like no other, it’s uniquely Patagonian and executed with the highest level of professionalism. Every part from the guides, hotel experience and the food is delicious. The location itself also gives great views from above of Torres del Paine in a very minimalistic way. It is luxury but in a very authentic and understated cool Patagonia way. The architecture fits in harmoniously with the landscape. After being in the outdoors all day exposed to the elements of nature, to arrive back at Awasi’s cosiness is a privilege that I am very grateful to have experienced. It was a real treat after being in a remote cabin prior. 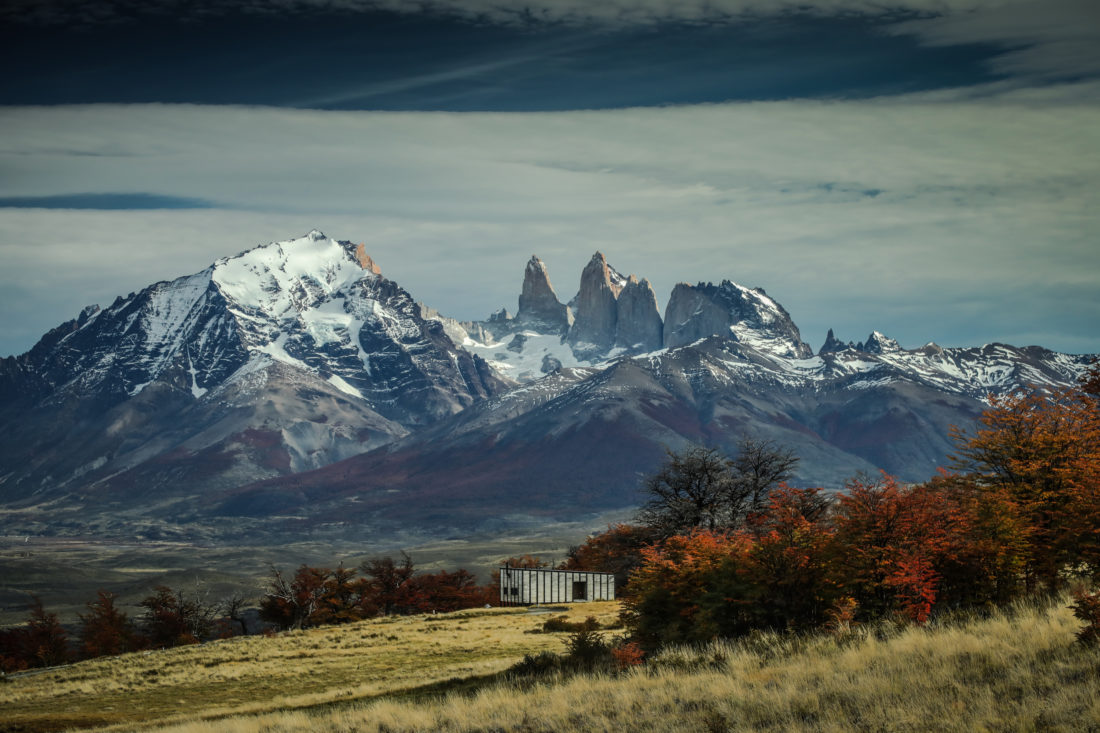 Can you tell us a little about your purpose with the film?

This is a meditational film; soothing for the soul and mind. It is a sensorial experience of unfiltered joy, embarking on an introspective journey of serenity. A deep breath of fresh air in a noisy world. The illusive Puma are portrayed in their most common state of relaxation and contemplation, affording viewers the opportunity to connect with their untouched habitat through slow motion images, time-lapse photography and aerial recordings. Mother nature lovingly introduces us to her most precious Patagonian landscapes and animals by framing the immensity of her mountains, pristine water, her endless dark skies, sunsets and sunrises. 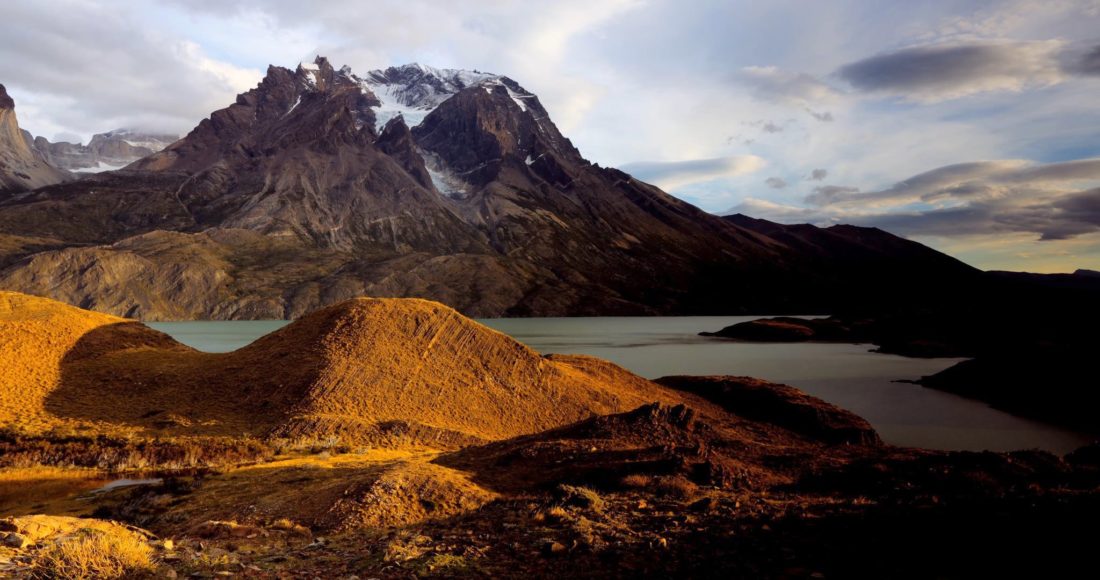 We believe beauty is nature’s way of making us fall in love with her and in this way protect her and care for her.

Have you worked on many similar projects?

We worked for over 10 years in travel and luxury hotel film production, so we filmed from Borneo Island in Malaysia Truly Asia 2014 Campaign to Visit Iceland and some of the the best properties in the world with Relais & Chateaux. We filmed a short film in India and Uganda but this is our biggest project to date. One of our first projects was also in Torres del Paine for an adventure company. 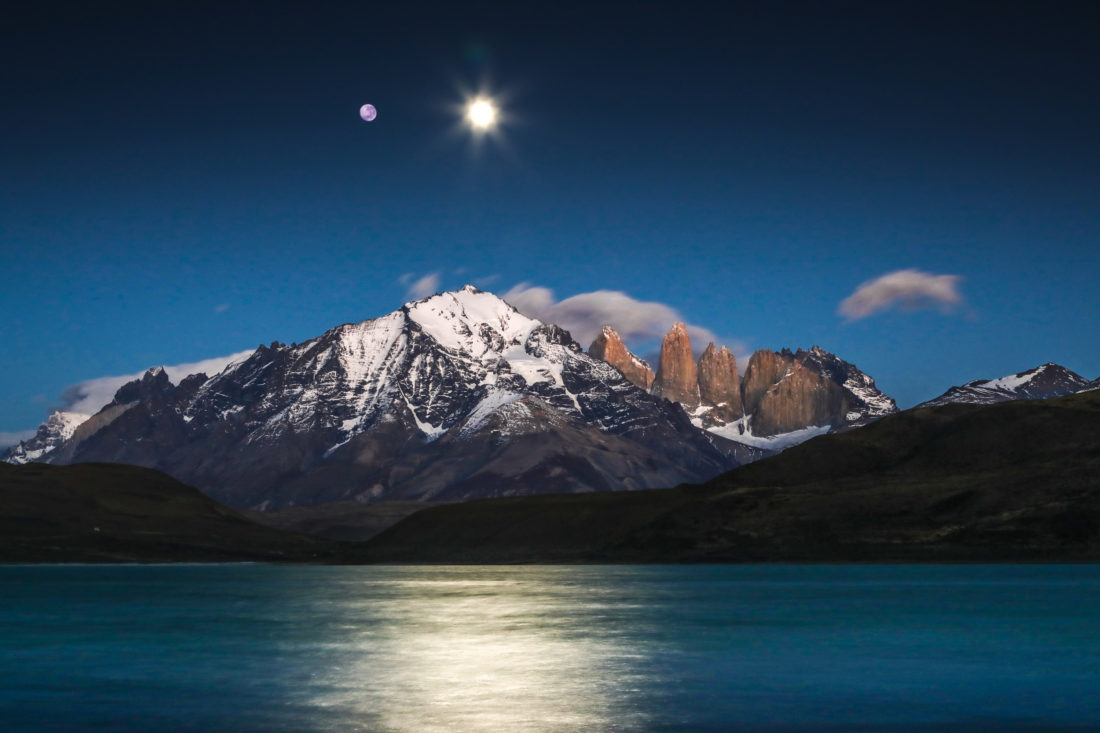 Where is the next place you plan to travel to?

My next destination will be Patagonia, we want to capture it in different seasons and we are in the early stage of a new film which is about Big Cats in South America and the humans who are part of their story. In particular Puma Conservation in Patagonia and the reintroduction of Jaguars in Northeastern Argentina. It’s a really exciting time! I am in love with nature and its creatures so being able to document this is an absolute pleasure, that I am most grateful for. As a filmmaker doing my bit for the world gives me a great satisfaction and I believe it can help both animals and people. 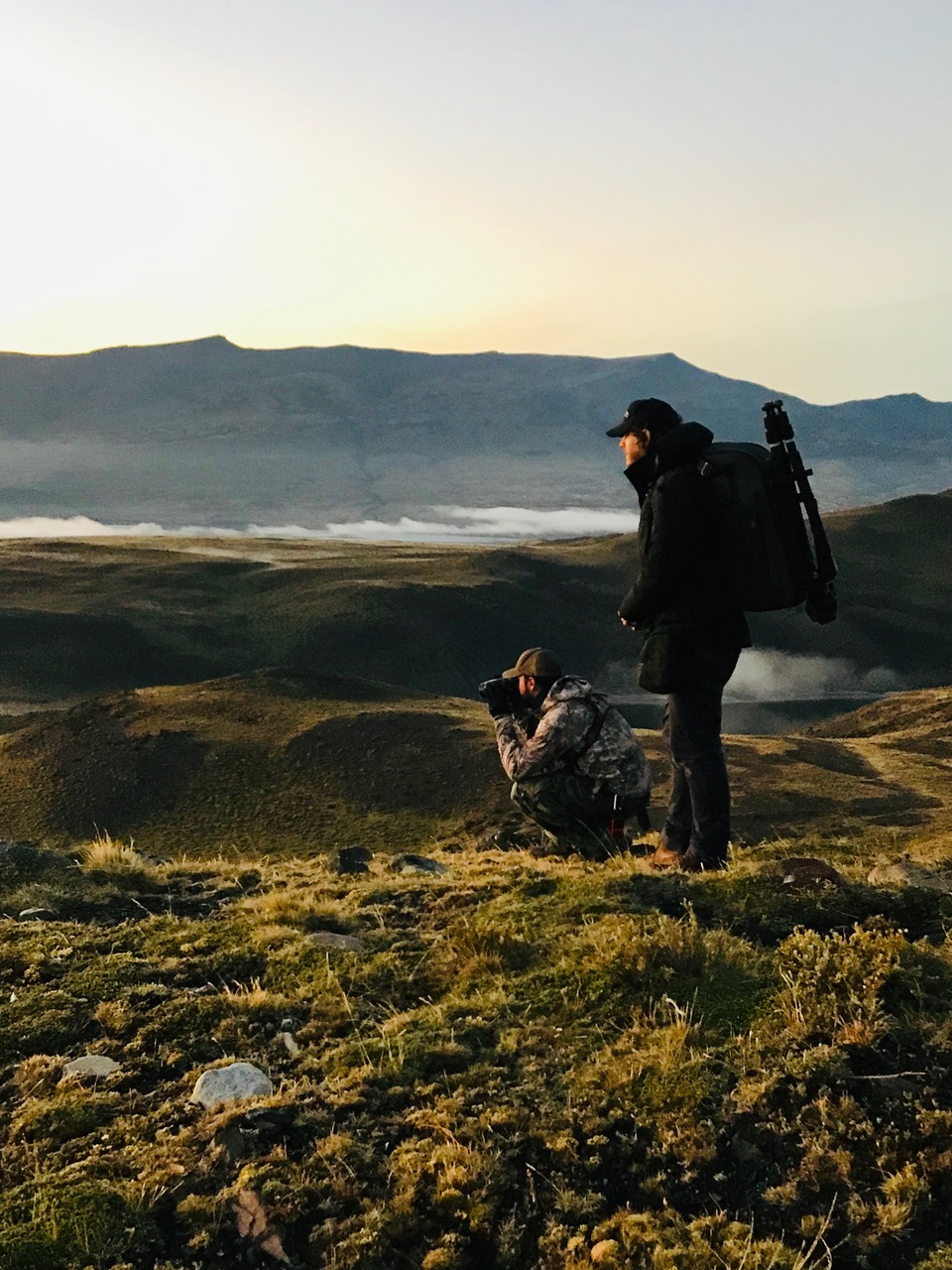 The mission of the Wildlife Conservation Film Festival is to inform, engage and inspire wildlife conservation through the power of film. 2019 marked the 9th year anniversary of the festival, spanning ten days and showcasing over 100 documentary films, along with panel discussions, networking, receptions, field trips and more. Films represent over 40 nations with international filmmakers, scientists, photographers and conservationists in attendance.