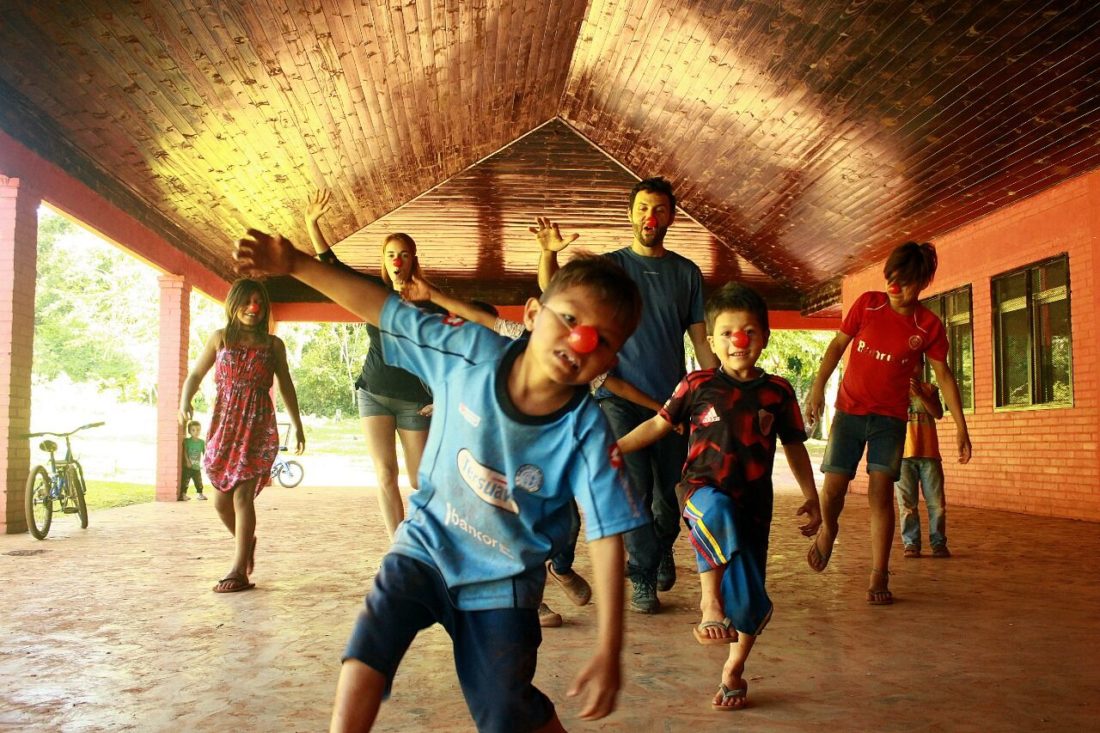 Awasi Iguazu, our 14-villa hotel in the Atlantic Rainforest bordering the River Iguazu, neighbours several Guarani communities. Connected by a common language called Mbya Guarani, the Guarani still make art, crafts and carvings as they have done for generations – look no further than the Awasi Iguazu Main Lodge and Villas which are decorated with Guarani artworks and handicrafts.

Guests are welcome to visit the local Guarani community of Yasy Porá to get to know the artists and learn about this ancient culture. Those who would like to get more hands-on, can take part in a basketry workshop.

Yasy Porá boasts a school, funded by the Argentine state in addition to private donations. However, the school lacked an art teacher, so, since November 2018, the team at Awasi Iguazu have been running a teacher-led weekly arts and crafts workshop for the Guarani children where we have explored different themes, techniques and artistic mediums. 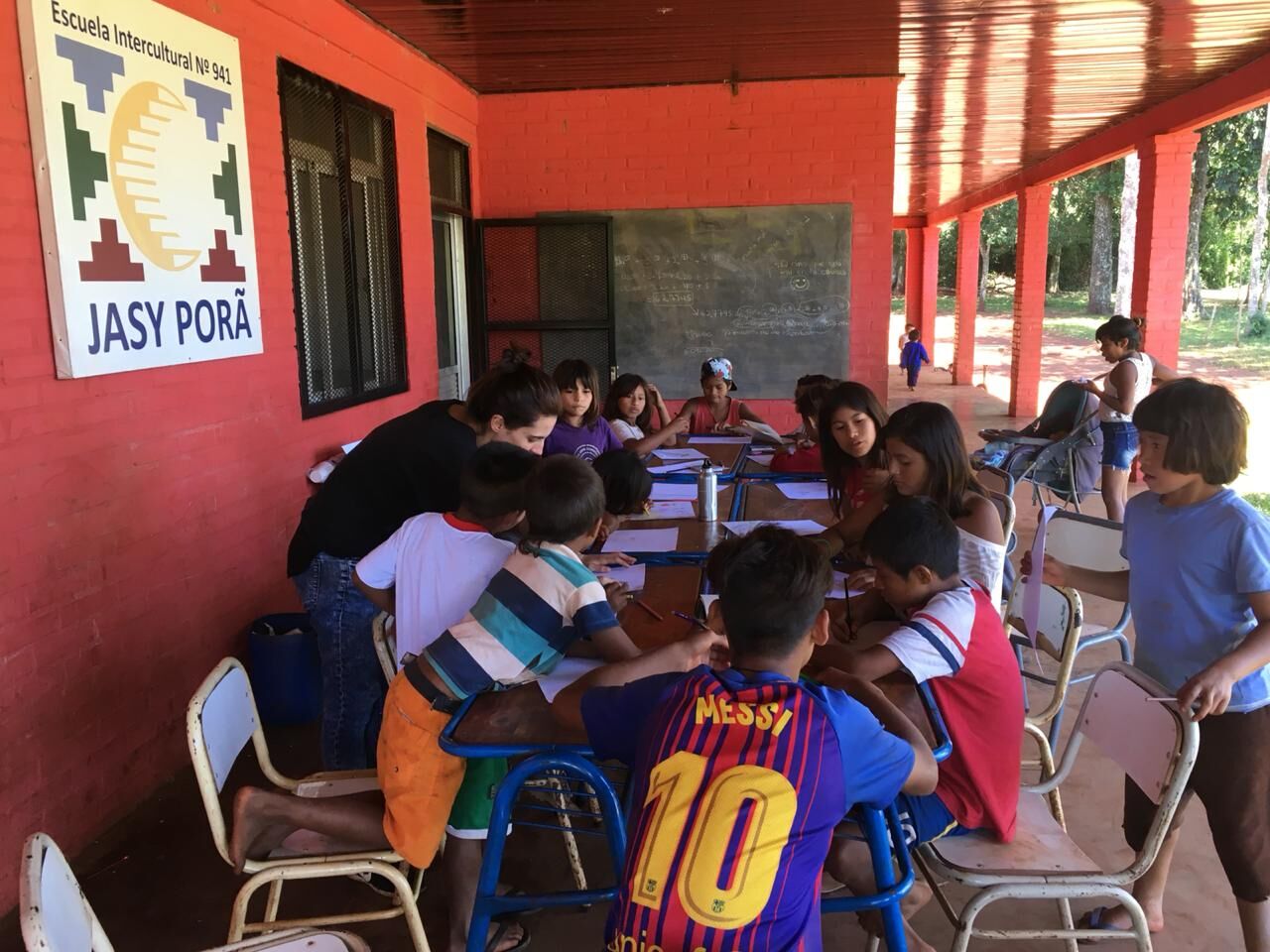 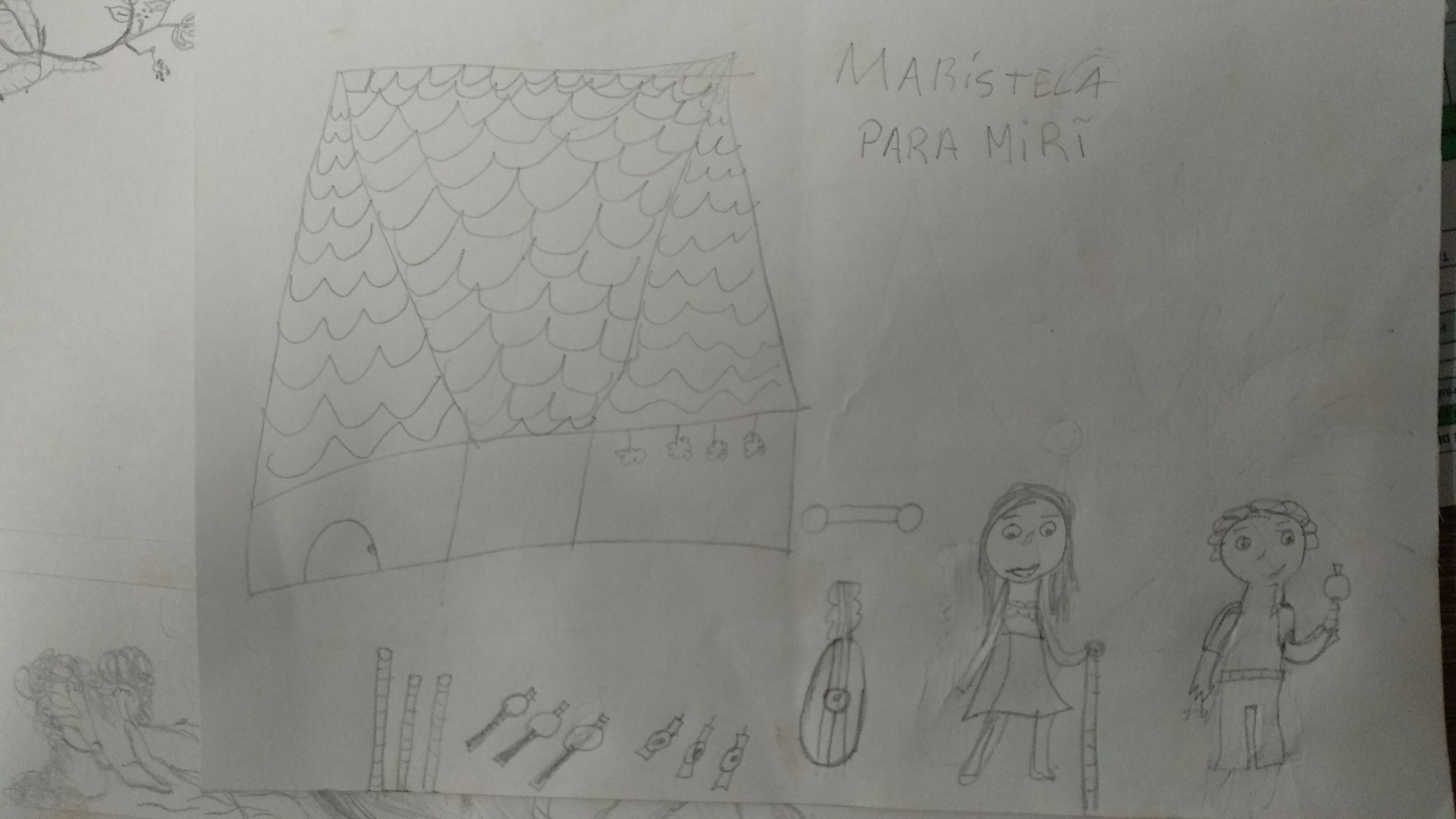 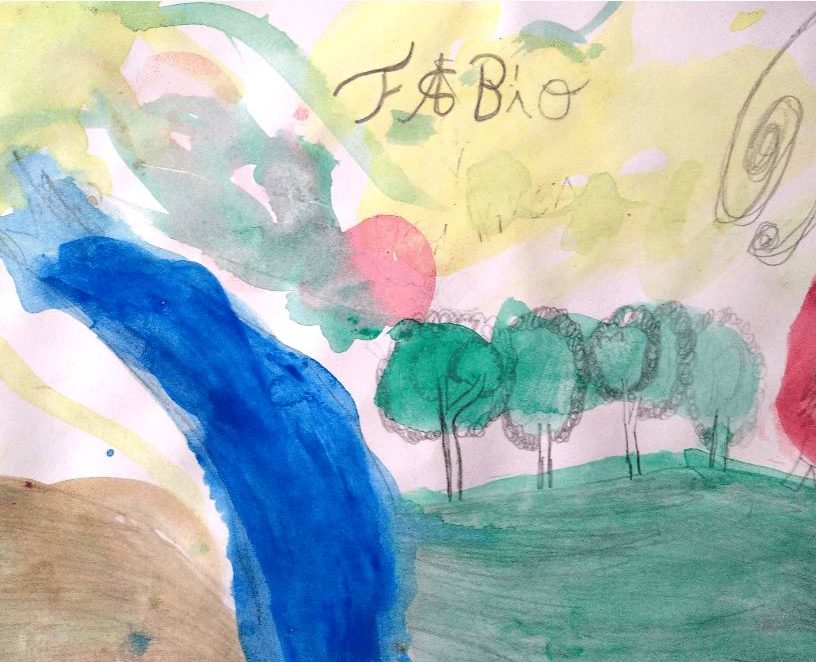 Or even face-painting, which is always a hit! 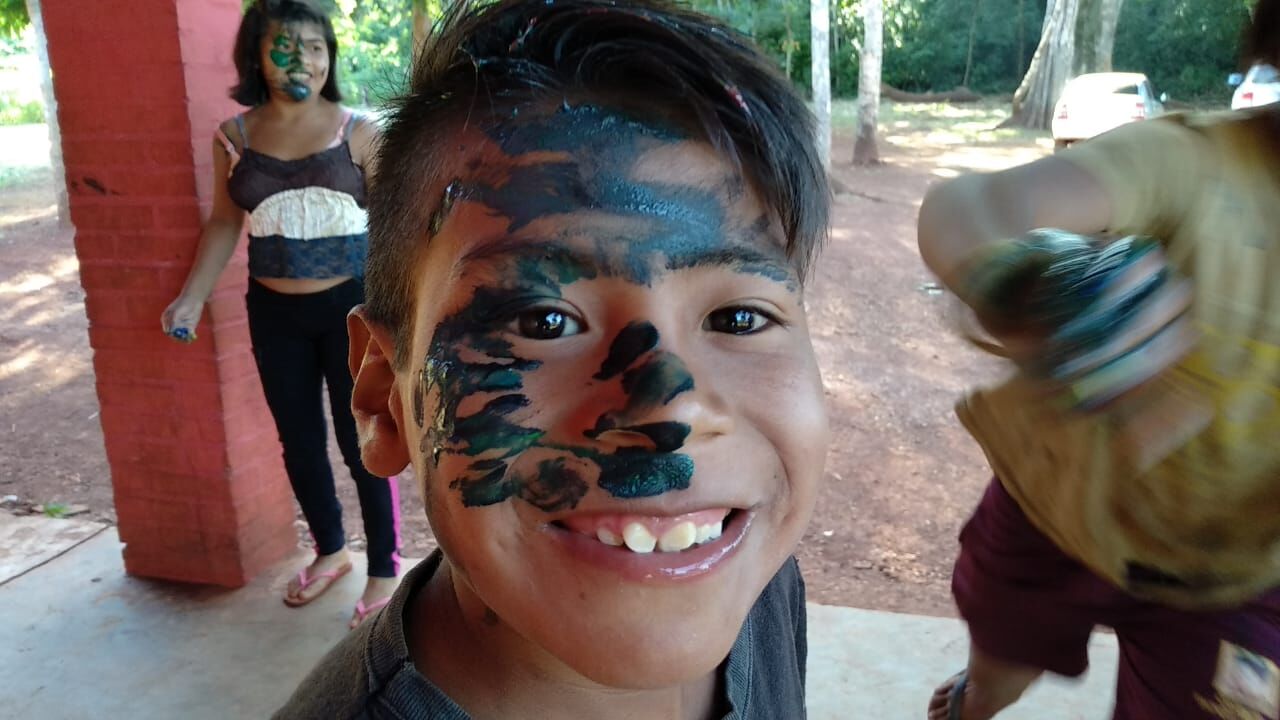 As the initiative proved so popular, we started inviting professional artists to lead workshops and share their knowledge, skills and experience to inspire both the children and our team alike. Part of this was an arts class and a drama workshop.

Josefina visited the school at the Guarani community, just up the road from Awasi Iguazu, to set up two artistic workshops. For the younger participants, she sketched the outline of various key ingredients from the area (maize, cassava, banana and papaya), and asked the children to colour them in. 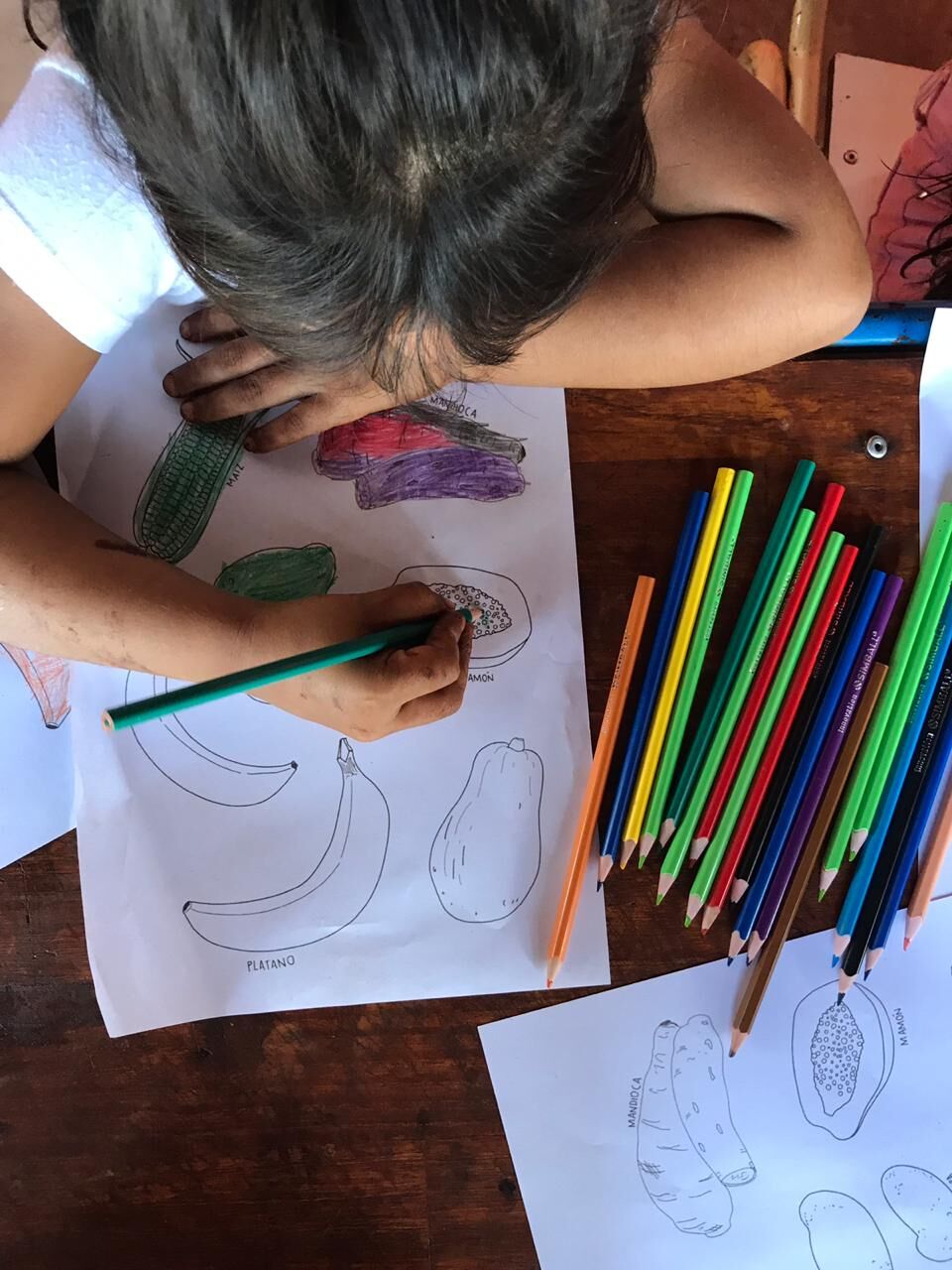 The older children were tasked with drawing their favourite ingredients and produce, either individually or in combinations to show dishes prepared at home. 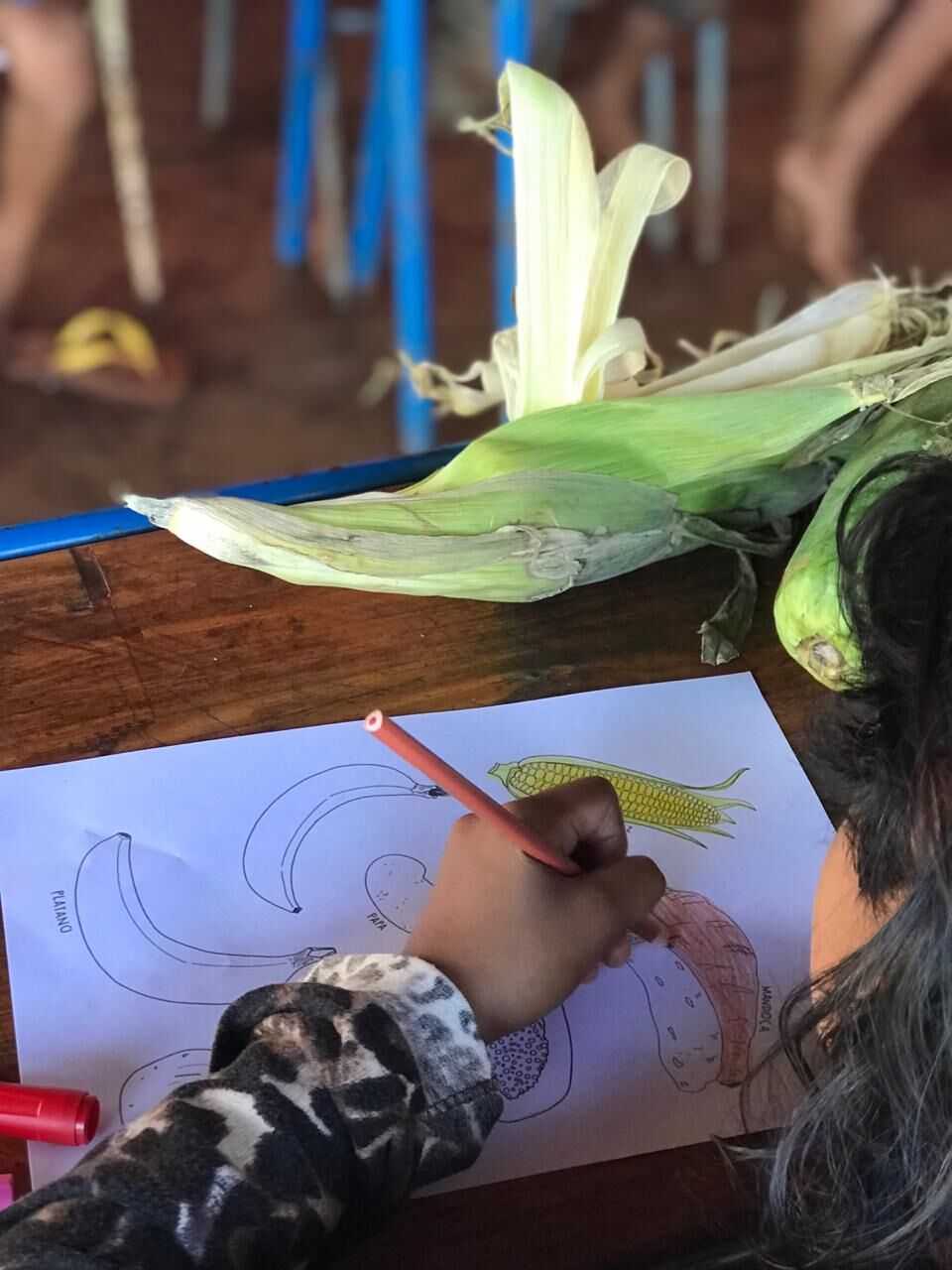 After finishing the culinary art class, Josefina explained to the children that she also draws houses and buildings, so several of the children were inspired to draw their own homes or even the Opy, the community centre used for meetings and ceremonies. 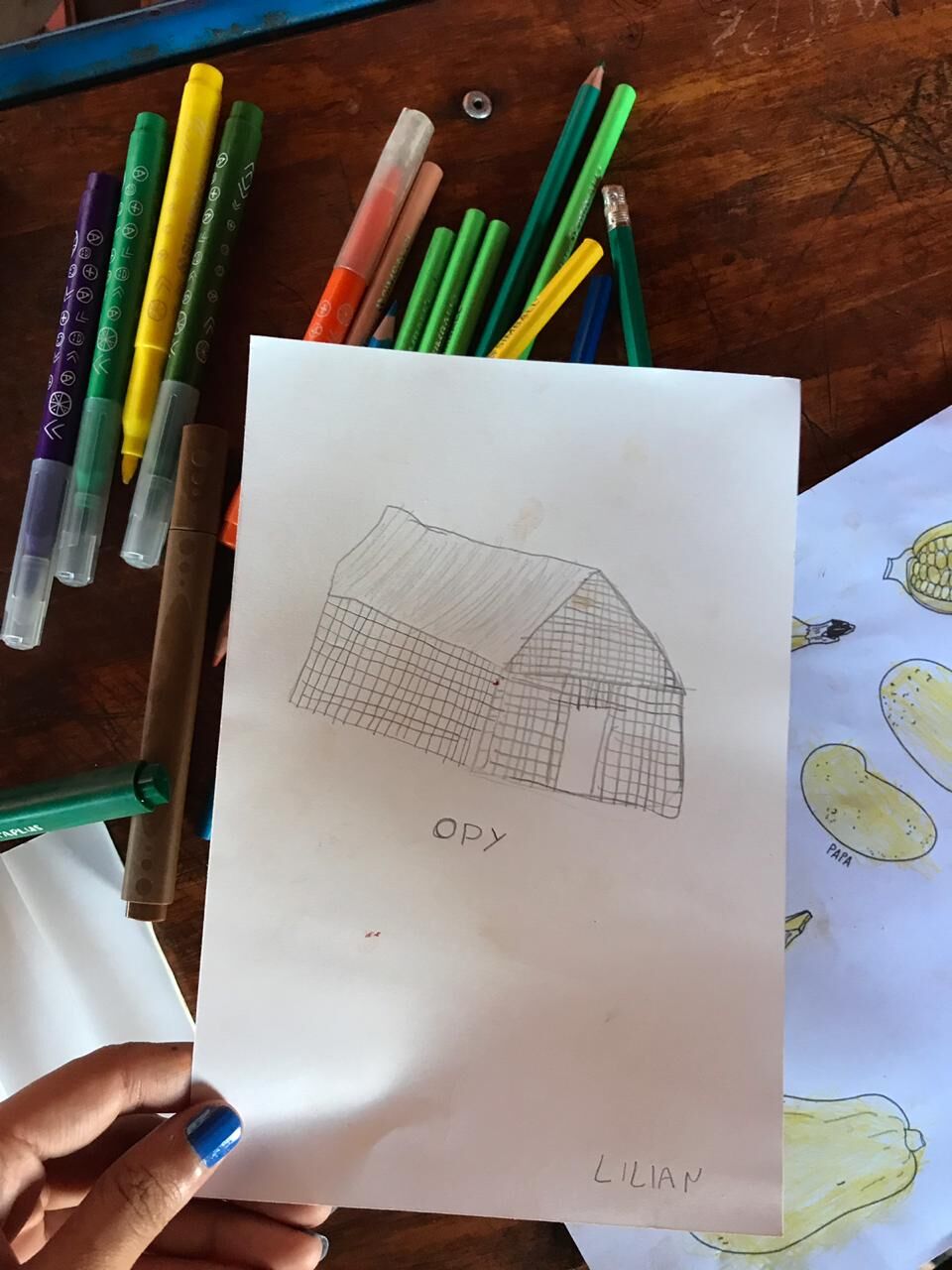 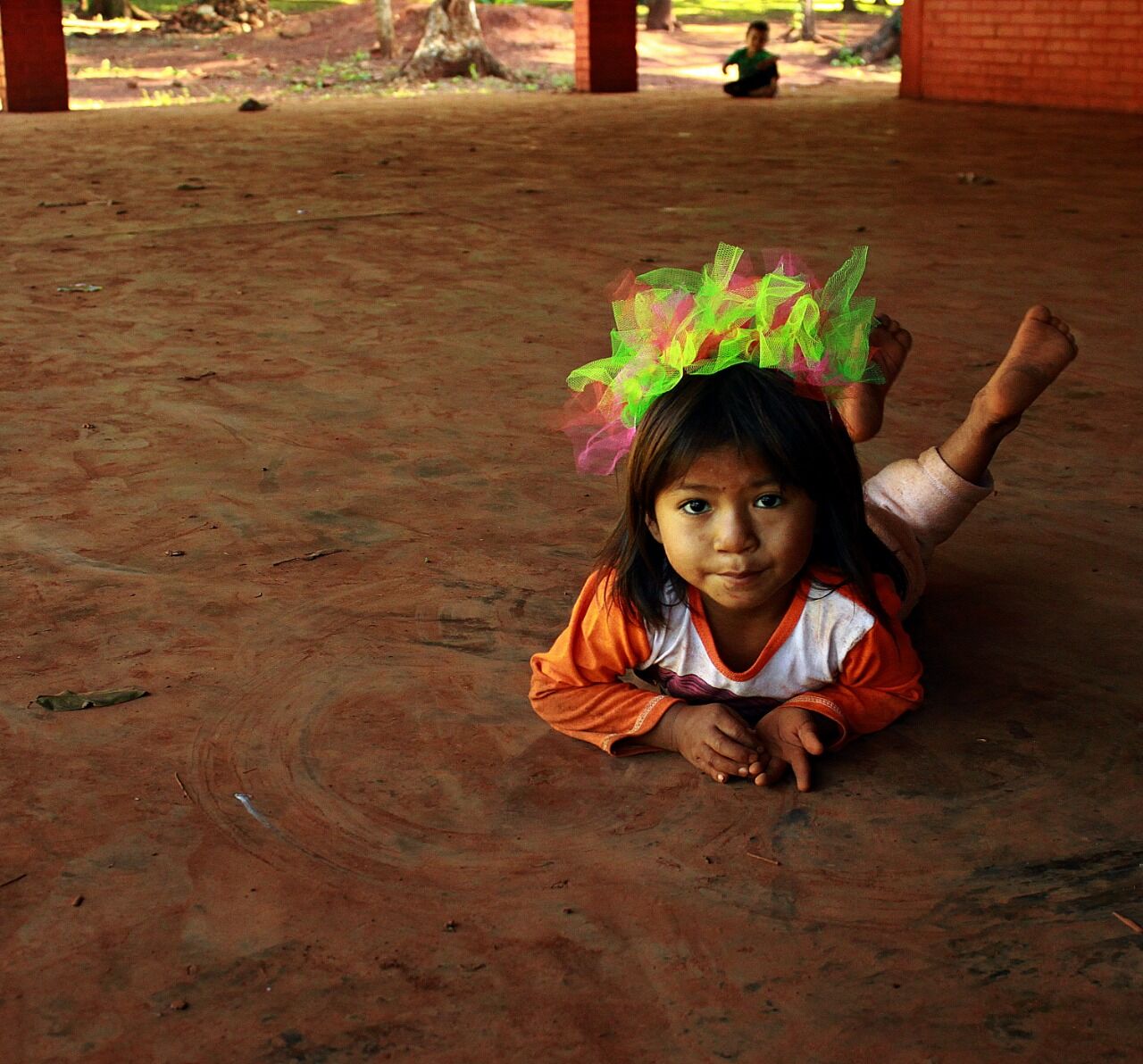 Pitched at children and teenagers, the budding actors took part in various classes, learning to portray different emotions and feelings using their expressions and movements. On the final day, the class put on a musical number with the use of various props, costumes and disguises, including clown noses and novelty glasses. 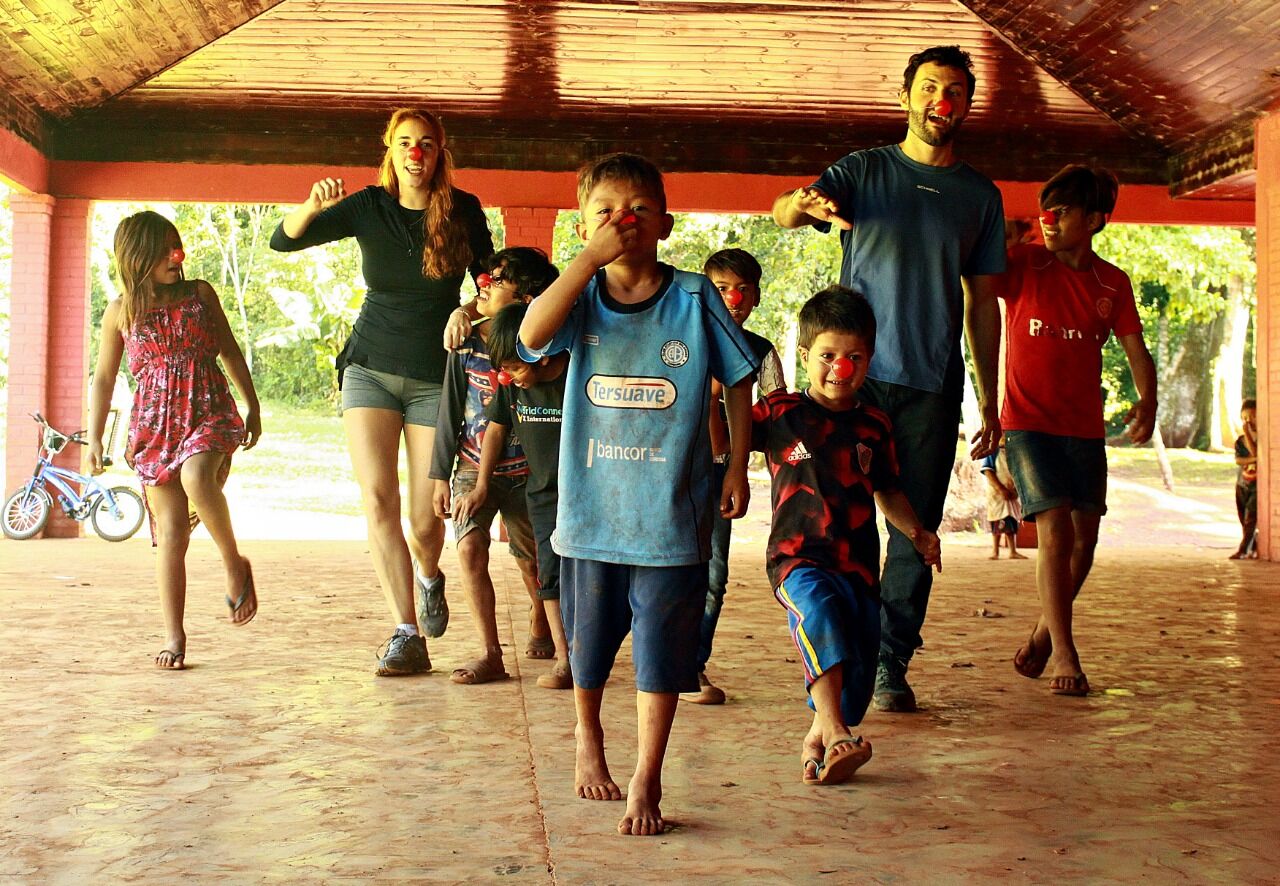 Rewarding for both the children and the Awasi Iguazu team, we are planning more similar activities in the near future. 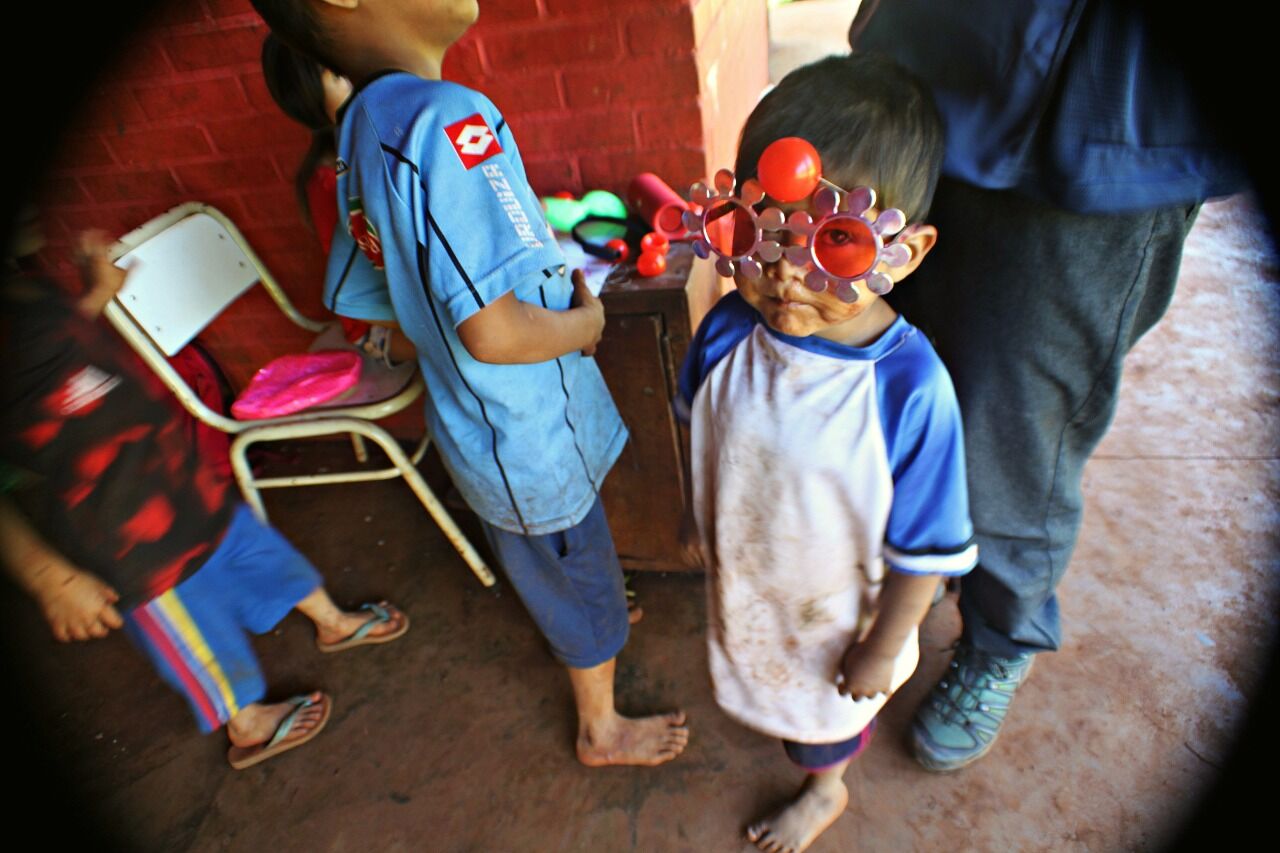