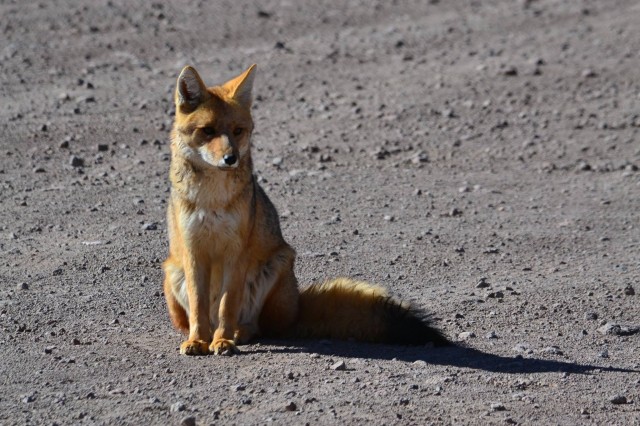 The Atacama Desert is home to a wide variety of wildlife, throughout the valleys and hillsides, seeking refuge in the gorges and looking for food in less populated areas. Even though most of these species flee at any sign of humans, if we look carefully these are there to be found.

The majestic condor reigns over the mountain summits. It is hard to sight, because it lives in high places and only comes down to feed. This animal deserves respect, because it is the most sacred emblem of the Andes. Its high flight brings the bird into direct contact with the gods; it is the emissary of divine will for the Atacama communities.

But down here, on dry land, there are less noble beings that have become scoundrels due to the harshness of the climate and the lack of food. They have developed a special ability to get what they want, such as the fox’s well-known escapades. Luckily, many of its victims have learned to dodge its trickery, warning their offspring never to trust this crafty animal.

The fox is hunted by men and their ferocious dogs that protect the livestock. However, their clubs and shotguns don’t scare it. It will always be on the prowl, just waiting for the chance to capture a defenseless kid.

The fox is also a hazard for young women, as it seduces them with charm and gets them pregnant. Many young shepherd girls have come back home after days out in the vegas* heavy with child, without any way of recognizing the father of the poor child.

And when it scrutinizes the sky, not even the birds are safe. The fox watches them closely, waiting for them to land close to their nests. As soon as their eggs are unprotected, it pounces on them and feasts to its heart’s delight.

Fortunately, several endangered bird species have learned to be cautious, as is the case of the tagua cornuda, that lives in the Miscanti and Miñiques altiplano lakes. They astutely nest in the middle of these freezing lakes, out of reach of this predator.

But the fox never gives up! Many people have seen it trying to befriend the taguas, talking to them from the shore for hours on end in order to eventually trick them. However, this headstrong bird does not give up easily, trying the daring fox’s patience. In its desperation, the fox has been seen drinking the water of the lake in an attempt to drain it. But it eventually lies down exhausted by the shore, defeated by the icy water that will always stand between it and its prey.

Text: Carolina Cox
* High-altitude wetlands where underground water springs to the surface, a good source of pasture for the flocks. 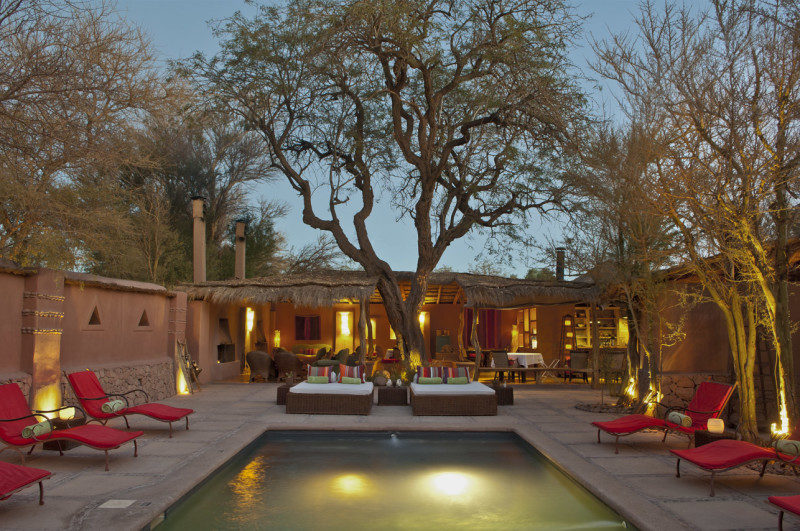 With only 10 rooms, and assigning one private guide for each room, Awasi Atacama is the only luxury lodge providing 100% Tailor Made service.

Awasi Atacama is a refuge in the town of San Pedro de Atacama, a ten-bedroom lodge with round thatch-roofed suites inspired by pre-Incan ruins outside the town. We aim to teach guests the hidden treasures of the Atacama, not only wondrous landscapes but also the legends that are part of the local culture.

What it is about Patagonia?