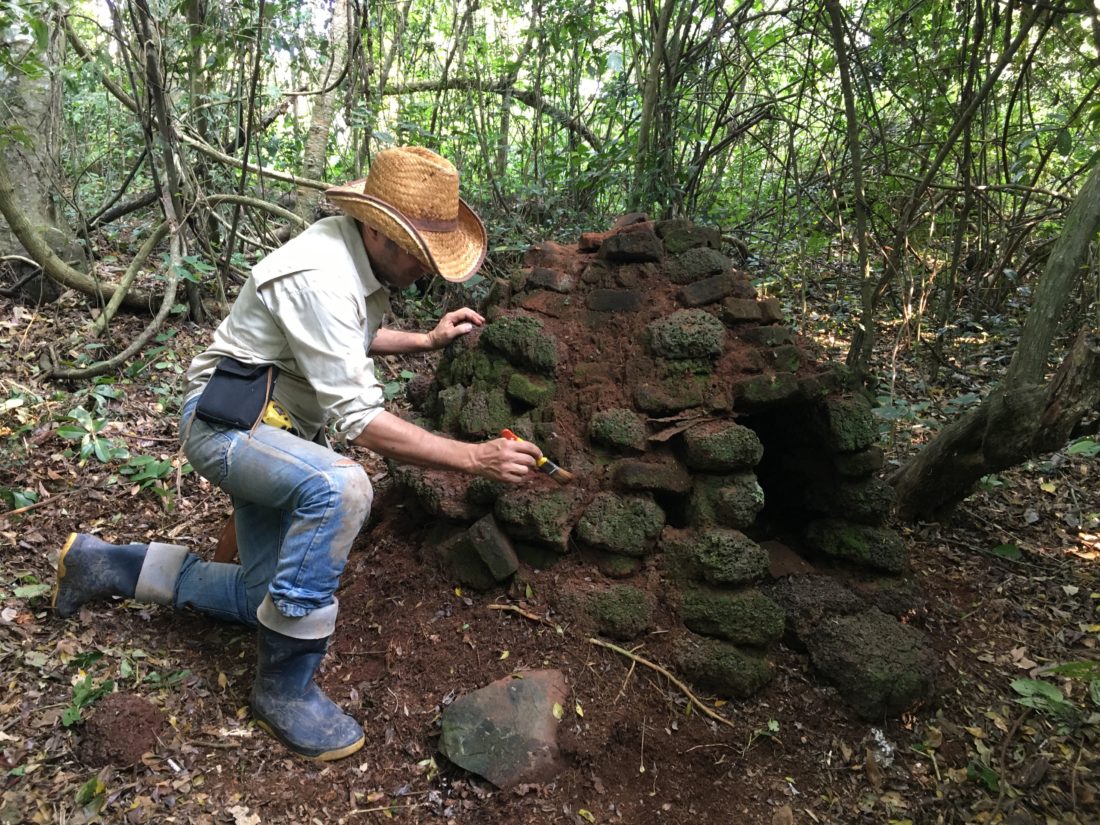 "The tangled bamboo seemed to resist our passage, as if it did not want us to witness the secrets of the jungle"

You might not think of archaeology when you hear mention of Iguazu, but there are many sides to this corner of Northern Argentina besides the region’s iconic Iguazu Falls.

Archaeologist David Pau has been working with us for the past year, frequently taking trips into the Atlantic Rainforest that surrounds Awasi Iguazu with members of the team. A recent such expedition took them up the River Paraná.

“There we were, machete in hand, backpacks full…” recalls Paula Bertotto, Operations Assistant Manager at Awasi Iguazu, “we walked in a line, sometimes having to crawl to get through the verdant undergrowth, the tangled bamboo seemingly resisting our passage, as if not wanting us to witness the secrets of the jungle.”

“The path, if we could call it a path, varied between ascents that demanded that we find branches to grab onto” continues Paula. “This is the Cuñá Pirú Wedge Valley! And this is what it feels like to put yourself in the boots of David Pau, our archaeologist friend, in his tireless quest to reveal the way of life of the prehistoric inhabitants of these lands.” 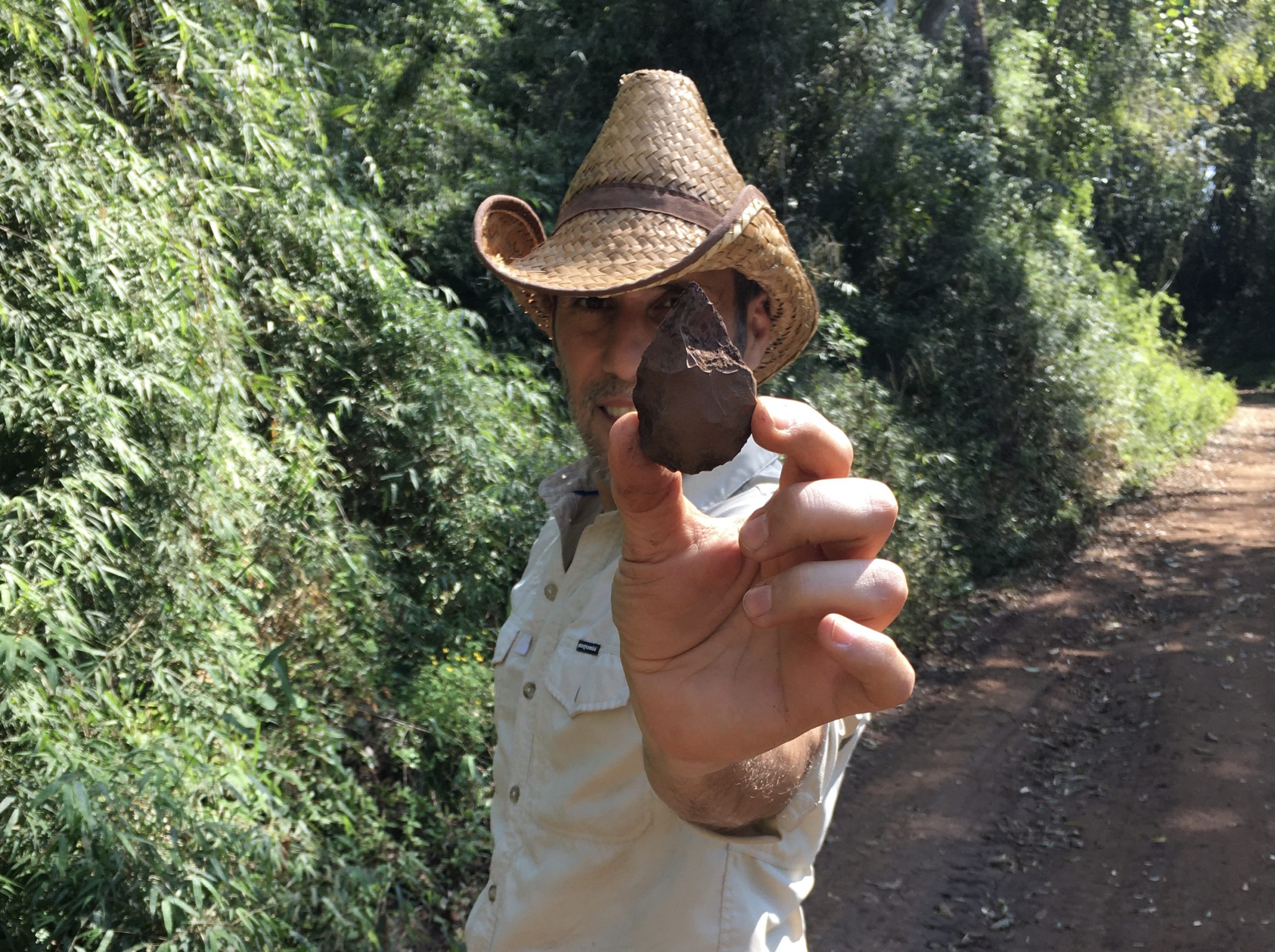 David during an excavation in Puerto Piray, Misiones, Argentina

“David is very generous with his knowledge,” says Paula. “He invited five of us, all colleagues from the Awasi team, to join him on a four-day expedition to find evidence of prehistoric settlements.”

The team headed to various spots where locals had reported having discovered fragments of pottery or stone structures hidden in the dense jungle. “David has the gift of being able to read history through interpreting objects that one finds,” says Paula, “objects that for most of us would just be simple stones.”

The group were accompanied by Marcelo from the native Guarani community, who had in fact made contact with David and was determined to guide him to his new treasure: a site where he had found remains of semi-buried ceramic vessels.

“Marcelo’s determination and his ability, typical of the one who spends his days living in the jungle, made him move faster and better than any of us,” says Paula. “Marcelo had the agility of the animals of the jungle, who disappear magically between the vegetation.” 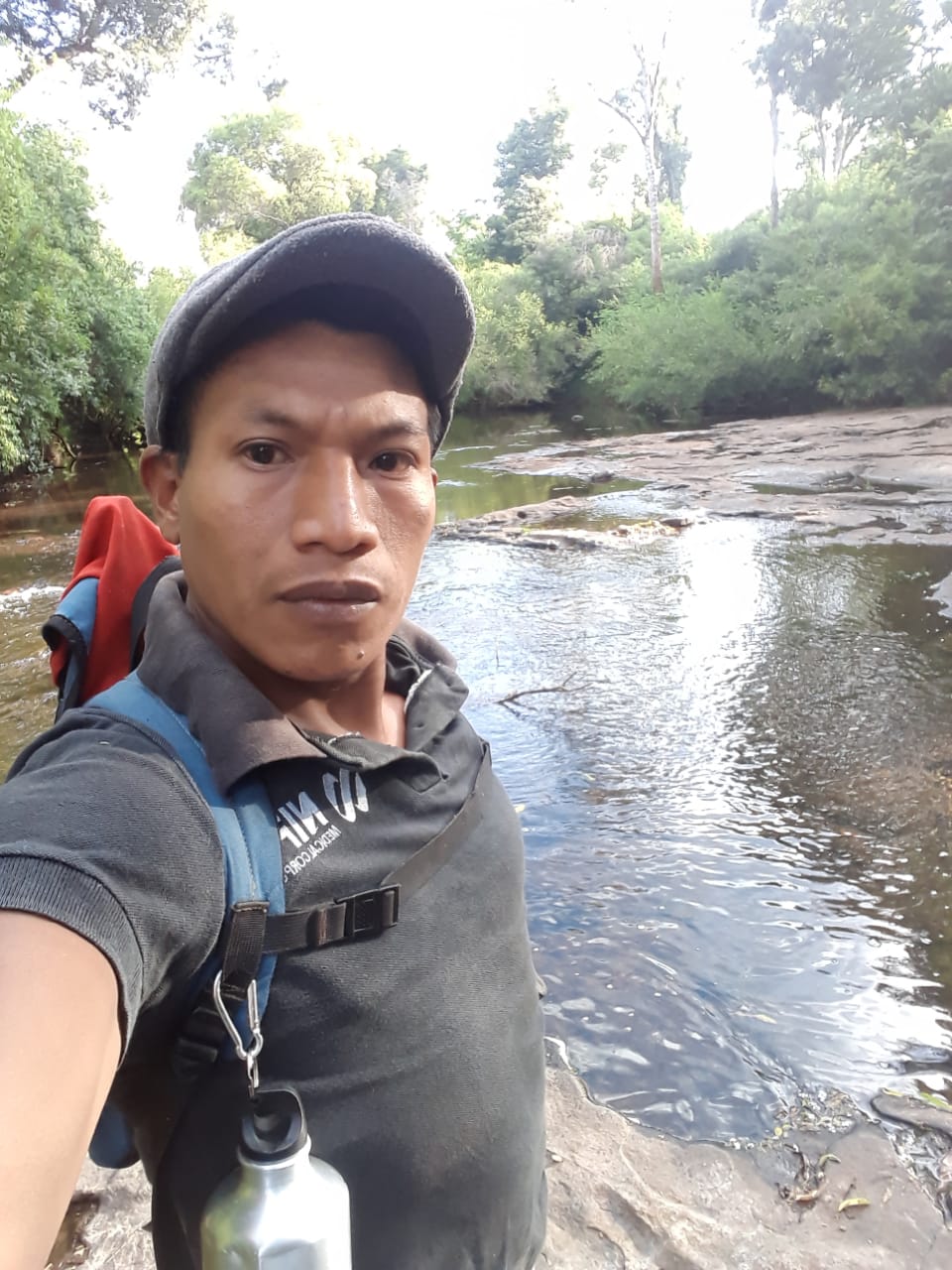 Marcelo during the expedition

Even the most seasoned local can become disorientated in the thick Atlantic Jungle. And that is just what happened to the team. They didn’t manage to make it to the “hidden treasure”. Marcelo promised to try again on the next visit, and after cooling off in the waters of a stream, the group returned to the village before darkness fell.

They had travelled eight hours crossing fourteen kilometres but it felt three times as far due to the challenging terrain. “But far from being frustrated, we knew that these things happen, we knew we would return soon to try again,” says Paula.

The visit to the village was most fruitful. David set up a presentation for the whole community, in which he taught the group about the archaeological value of Marcelo’s discovery, and the importance of its preservation in order to understand our own history. And when we were gathered, Chapo, one of our guides, who is a native bee fanatic, took a moment to teach the group how to create beehives for the stingless “yateí” bees.

The next day of expedition took a temporary leap through history. David knew of the existence of some stone structures, apparently used by the Jesuits to dry yerba mate, back in the years 1600. The Jesuits created thirty Christian missions for the Guarani, impressive villages built from stone, with monumental baroque columns, in the midst of the virgin forest.

“Yerba mate became the economic engine of Jesuit missions,” explains Paula who is from the region and is very passionate about its history. “Originally it was harvested directly from the forest.”

The area they visited held a huge importance to Paula: “I was born nearby and I swam in this stream every summer of my childhood. Added to these memories was the excitement of finding those archaeological remains that were not thought of for me. The places that I have visited so many times still hold secrets – there I was, excavating according to the archaeologist’s instructions, using sticks, spoons, brushes, cutting roots and seeking to remove the accumulated soil.” 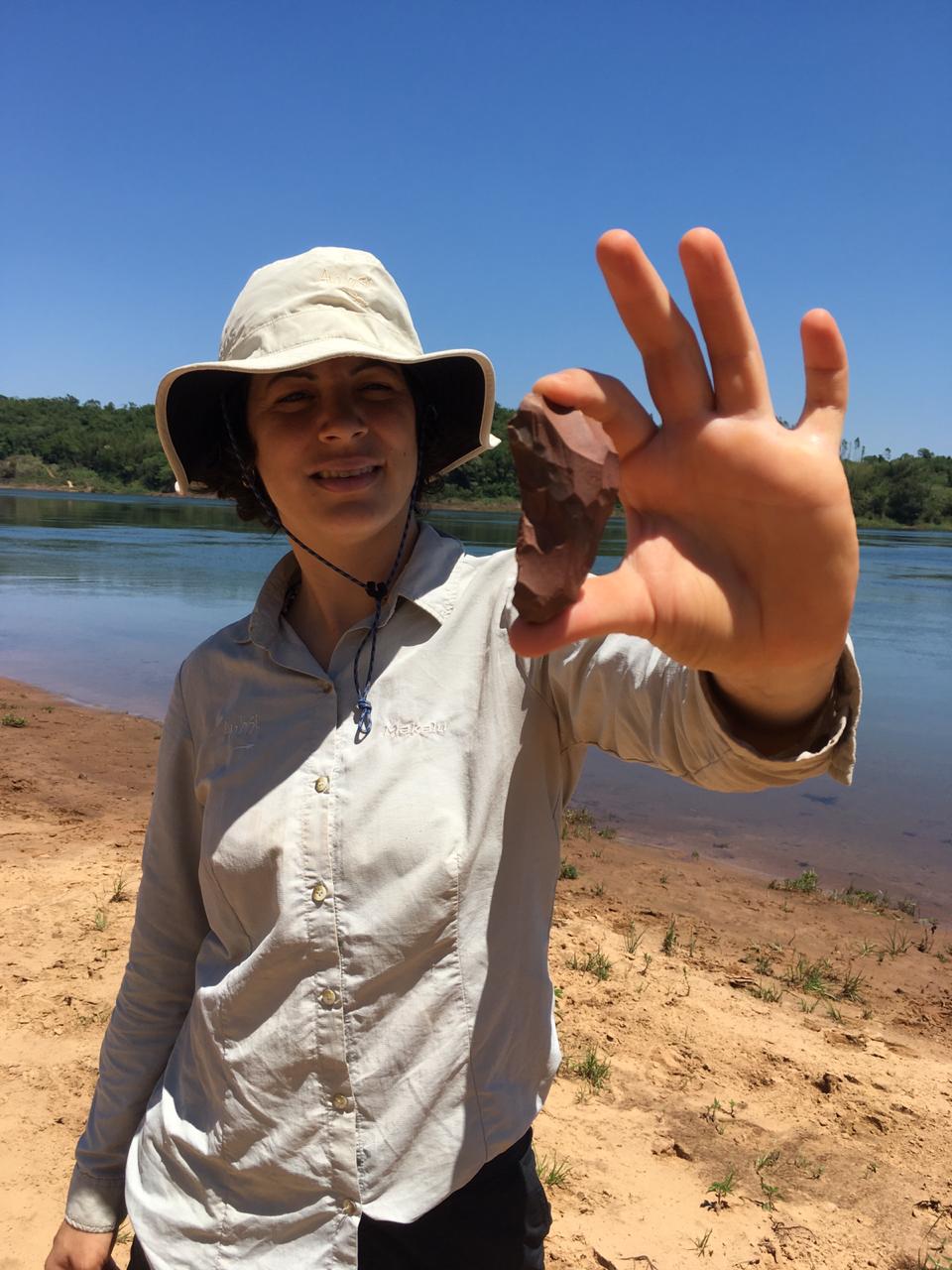 Read about the second day of the expedition in the next part of this blog, coming soon…

A Team of Many Talents - Jimena Choque, Volunteer Firefighter in Atacama