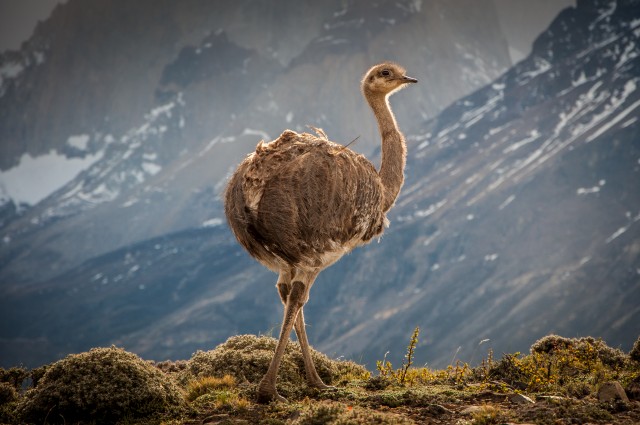 Visitors to Awasi Patagonia will also lay eyes on these wonderful birds, and may find that little has changed since Musters' words were written...

One thing that separates most modern-day travellers from explorers of days gone by is the detailed accounts that these first visitors took. Such is the quality of the records taken by the likes of Darwin that they are still among the best accounts we have today.

As such, we would like to share this passage on the Patagonian ostrich, known as the ñandu, written by British explorer George Chaworth Musters in 1873 in his book “At Home with the Patagonians”. Visitors to Awasi Patagonia will also lay eyes on these wonderful birds, and may find that little has changed since these words were written – except perhaps for the “useful hint” for travellers at the end…

“The Rhea Darwinii, called by the Indians ‘Mekyush,’ and by the Spaniards ‘Avestrusor Ostrich’, which name is universally applied to it, is peculiar to Patagonia, few being met with north of Rio Negro, and none being found that I am aware of in any way…

Their plumage, that is to say the wing feathers, are an object of commerce, and fetch at present about a dollar a pound in Buenos Aires. The marrow from the leg bones is also, I believe, of use for making pomade, and was formerly, if not at present, highly prized in Buenos Aires. 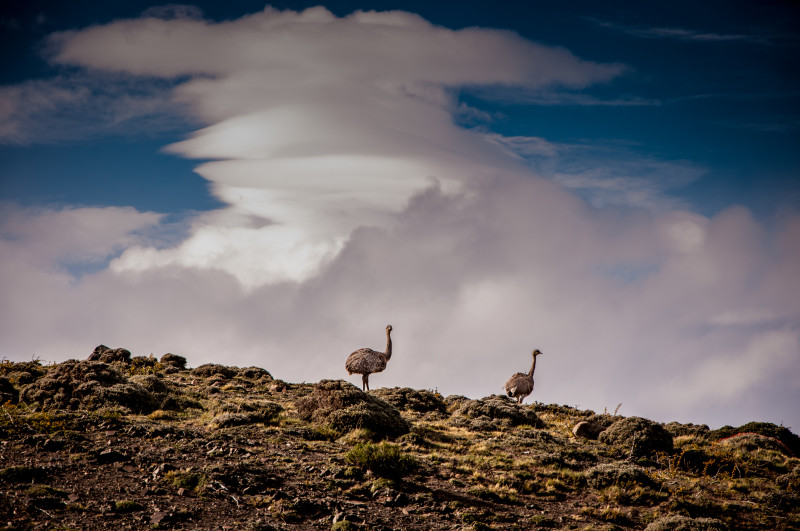 To the Indian this bird is invaluable in many ways. Besides furnishing their most favourite food, from the sinews of the leg thongs for bolas are constructed; the neck is used as a pouch for salt or tobacco; the feathers are exchanged for tobacco and other necessaries; the grease from the breast and back is tried out and secured in bags formed of the skin (taken off during the spring season, when the females, like all the Patagonian animals except the puma, are thin); the meat is more nourishing and more relished by the Indians than that of any other animal in the country, and the eggs form a staple commodity of food during the months of September, October, and November.

The male bird stands about 2½ feet high, and is to be distinguished from the female by its being of a slightly darker colour, and of greater size and strength; nevertheless, it requires a practiced eye to detect the difference at any distance.

The male bird is also swifter. Their usual food consists of short grass and the seeds of various shrubs, but more especially of tender grass, which I have on several occasions watched them plucking, from a convenient rock which hid me from their sight.

On being alarmed they immediately set off at a great speed; they possess great powers of eyesight. If met or obstructed by horsemen in their line of flight, they not infrequently squat so closely that they can scarcely be distinguished from the surrounding rocks, as the greyish colour of their plumage so closely resembles the almost universal aspect of the Pampas of Patagonia.

In snowy weather they are also easily taken, as their eyes appear to be affected by the glare of the white snow, and their saturated plumage doubtless becomes heavier.

Contrary to the usual rule amongst birds, the male sits on the eggs, and when the chickens are hatched assumes the charge of the brood. The young run immediately, or shortly after emerging from the shell, and are covered with a down of greyish- black colour on the back, and whitish on the breast and neck. Their cry resembles the syllables pi, pi, pi, uttered in a sharp, quick manner.

After the male has sat for some time on the nest (I should place the period of incubation at about three weeks), he gets thin, and the grass closely surrounding the nest is found eaten quite bare.

The females by this time are beginning to pick up flesh, which is fortunate provision of nature for the Indians, who cannot subsist on lean meat. Whilst the females are thin they are killed and skinned, the meat being left, and the skins sewn into mantles for sale at the settlements.

These birds at that period are much afflicted with vermin, which invade the guanaco mantles of the Indians, and cause them infinite annoyance. (A useful hint occurs to me for future travellers amongst the Patagonians — never allow the squaw of the establishment to place ostrich mantles under your sleeping hides.)”

At Awasi Patagonia, our Relais & Chateaux lodge in a private reserve on the edge of Torres del Paine National Park, we can guarantee you will not find any ostrich blankets, infested or otherwise! Instead, you will find a private villa complete with your very own hot tub, large double bed and living room with a wood-burning stove, all overlooking the Torres del Paine Mountain range.

Aquiles and the drone - A modern myth from the Atacama Desert