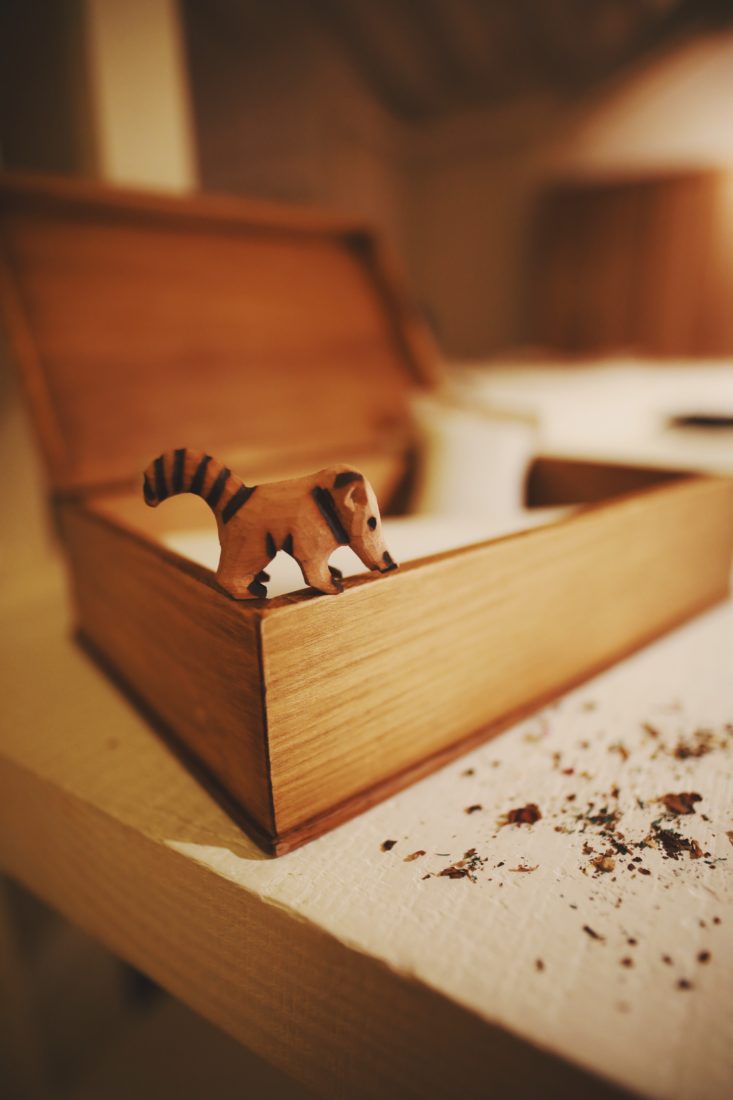 "They moved forward bearing the secret of fire, in a time when the ice was so vast that it connected continents..."

At Awasi, we love to reproduce that feeling of surprise and wonder so reminiscent of childhood. One thing we all share from those former years is remembering the joy of discovering a secret gift, a little treasure for you alone to find.

To bring out the inner child in our guests, at night we leave a little gift in a treasure chest in their room. The contents are different at each of our three luxury lodges – Awasi Patagonia, Awasi Atacama and Awasi Iguazu – inspired as they are by local cultures and the artisan communities in each area. 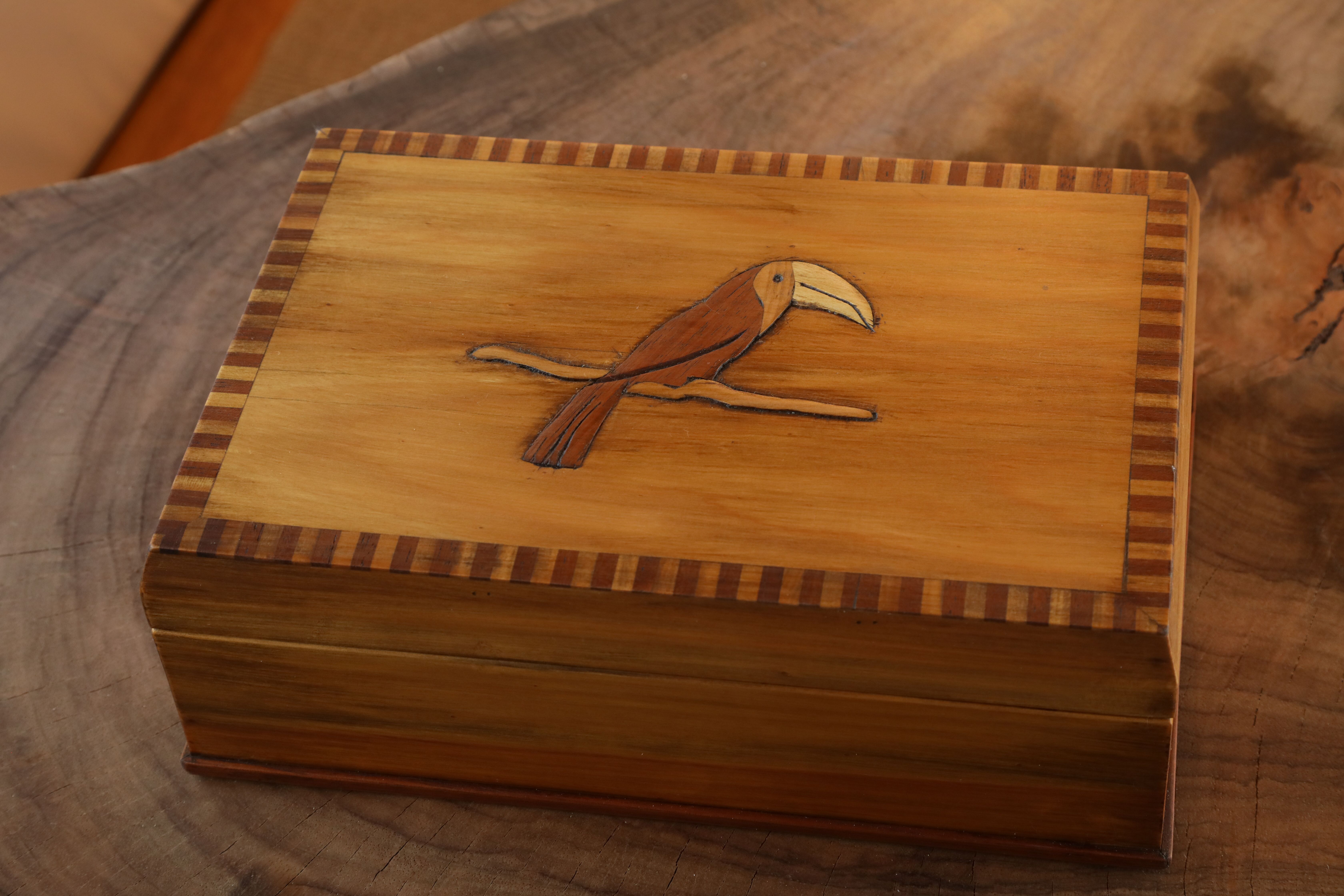 In Iguazu, the local Guarani communities are talented weavers, basket makers and wood-carvers, strongly influenced by their natural surroundings, in particular the animals that share their ancestral lands across the Atlantic Rainforest. 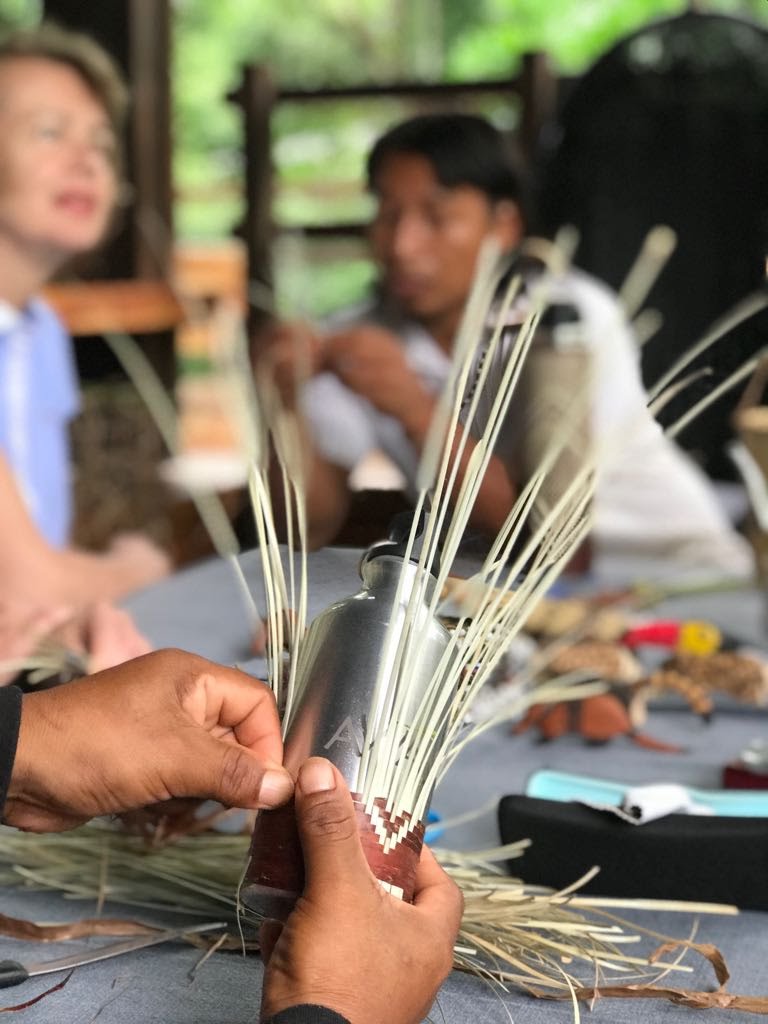 Members of the community often visit Awasi Iguazu to give weaving demonstrations so that guests can learn more about their history and the detailed skills they have handed down over generations.

Two of our favourite gifts are little baskets or figures weaved by the Guarani people, or wooden animals they have carved. When the gifts are discovered, they come with a little booklet explaining the importance of the treasure or how it has been inspired by the local area. 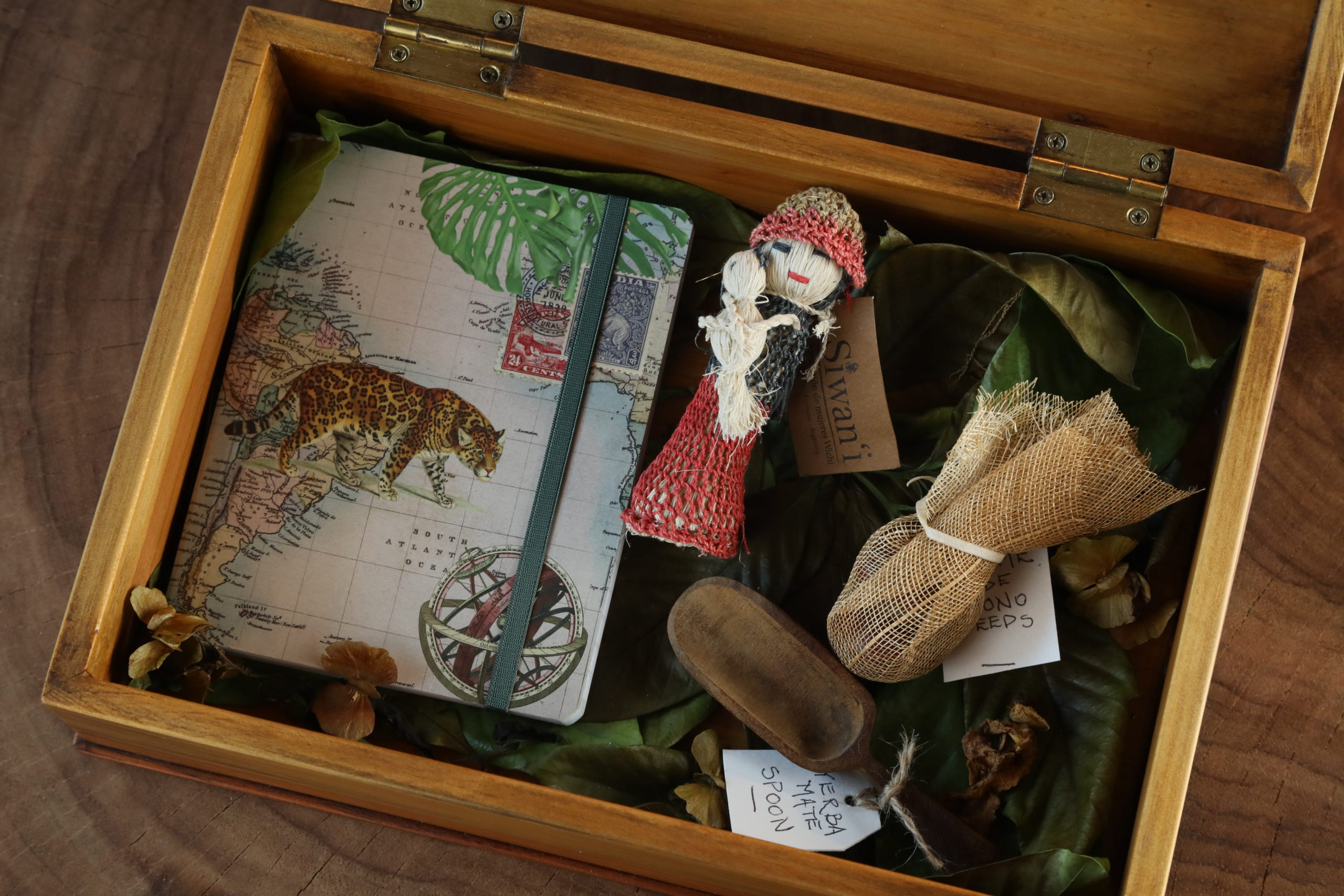 Here are two examples of these texts. Note that these are simple versions of the texts, but in the villas at Awasi Iguazu they are beautifully presented in a paper booklet with hand-drawn illustrations. 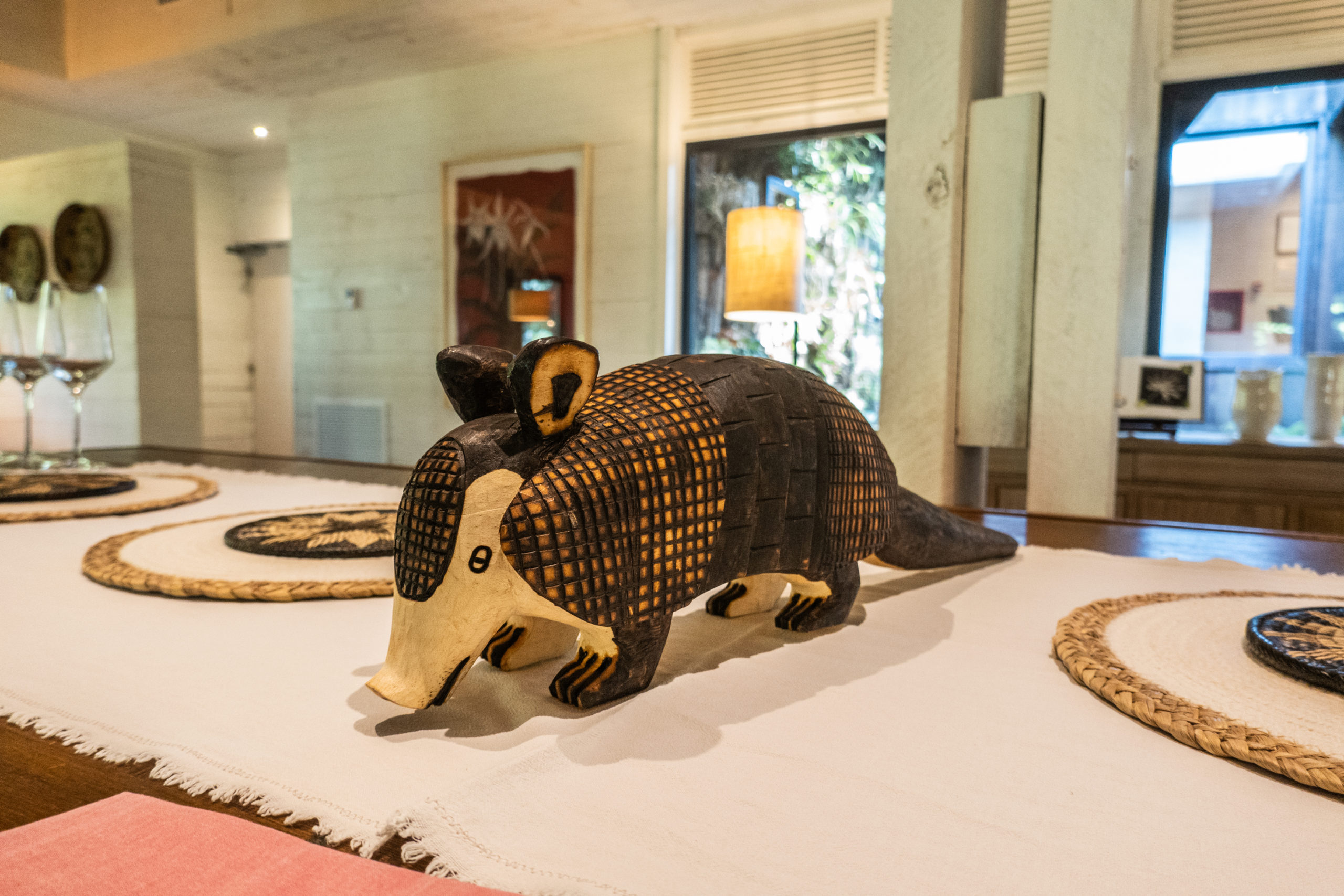 The Mbya Guaraní and the animals of the jungle

They came walking from Mongolia, in a time when the ice was so vast that it connected continents. Bordering the coasts, they populated America from north to south. They moved forward bearing the secret of fire, collecting fruits, hunting and learning what nature had to teach them; tirelessly searching for the “Land without Evil”.

When the Guaraní arrived at the Atlantic Forest the bond of life that unites them with the landscape made the animals of the area become their companions, taking a central place in their cosmology: as ancestors, guides and gods. This wisdom is a treasure that they have passed down orally from generation to generation, and even today the communities gather at the entrance of the “Opy” – their sacred place – to resolve their conflicts and generate a moment of communion between the elders and the children. 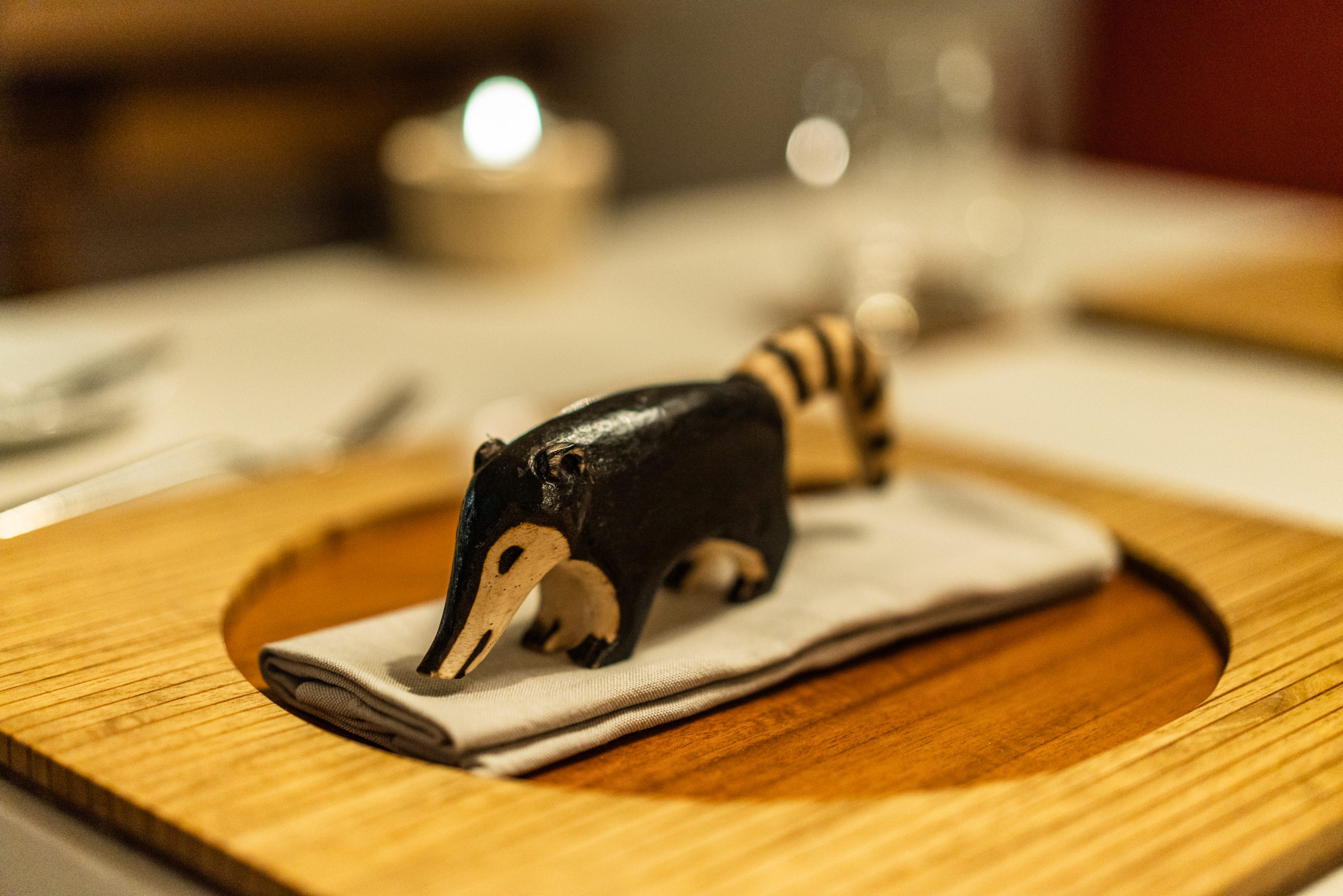 In these encounters, animals often play the part of central characters in the stories. In this way the yaguareté, the toucan, and many other inhabitants of the jungle form part of the passing of local culture from one generation to the next. 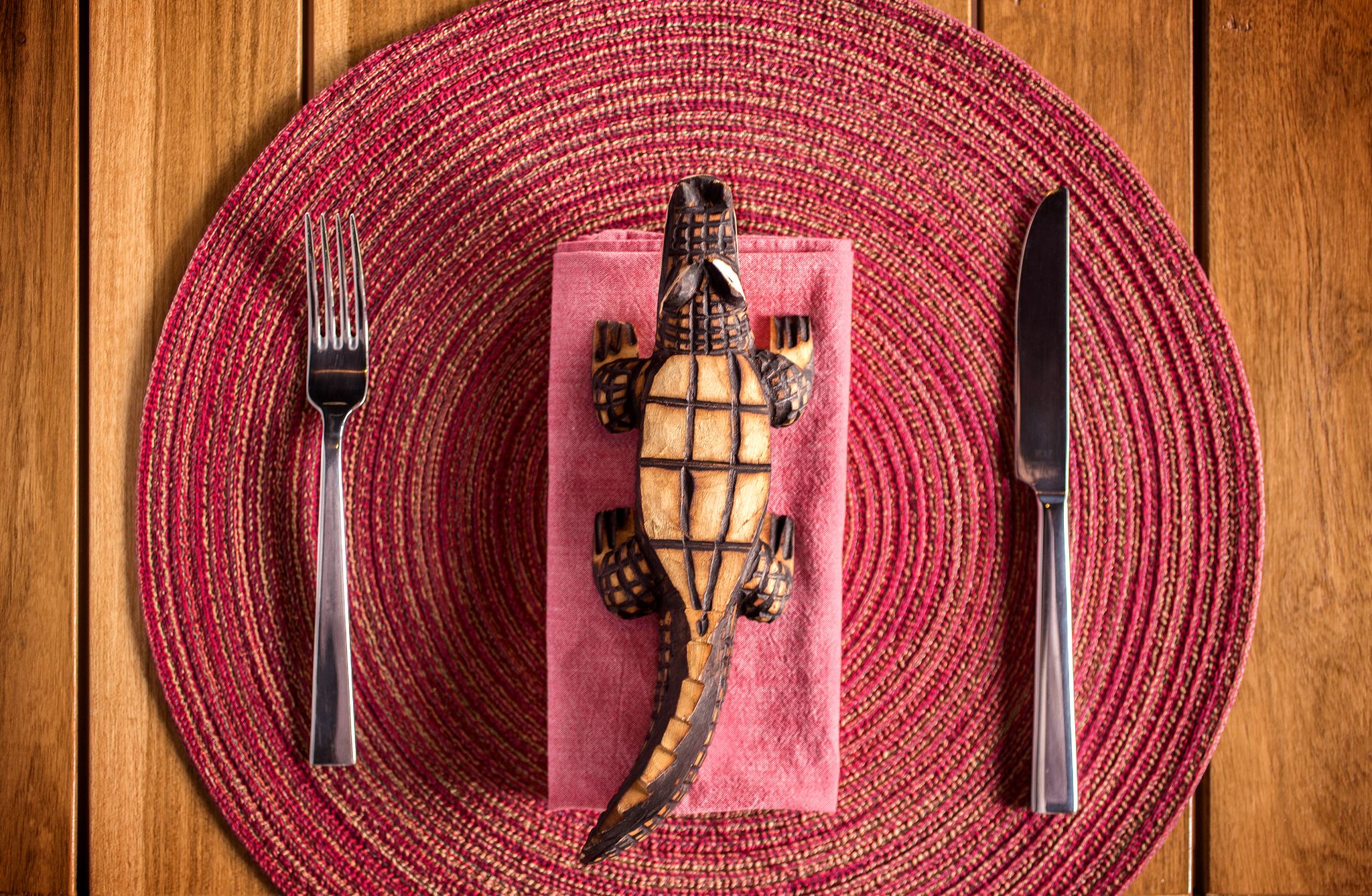 Basketry is one of the most widespread art forms in Guarani culture, perhaps due to its great versatility in daily life in addition to its beauty. In all baskets the design is modest and simple, not overly ornate. Zigzagging shapes, diagonal lines and other shapes representing hidden symbols are often incorporated through the designs. 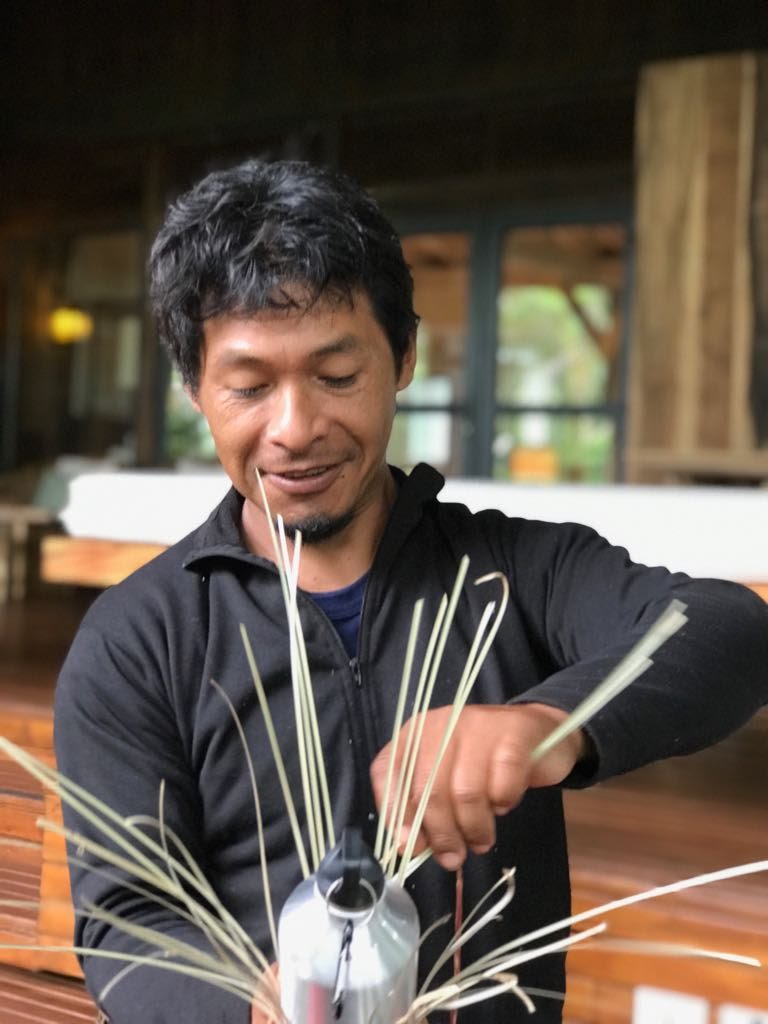 For example, metaphorical references to the animal kingdom can be found; the diagonal braiding of certain baskets is called “Tatú piré”, because it resembles the skin of an armadillo, whilst other patterns are influenced by the buzzing of bees. The patterns on both sides of the basket allow the designs to represent both the positive or negative, so the mirrored image can be interpreted as visual expressions of both universes: that of the gods and that of man, one existential and the other immediate. 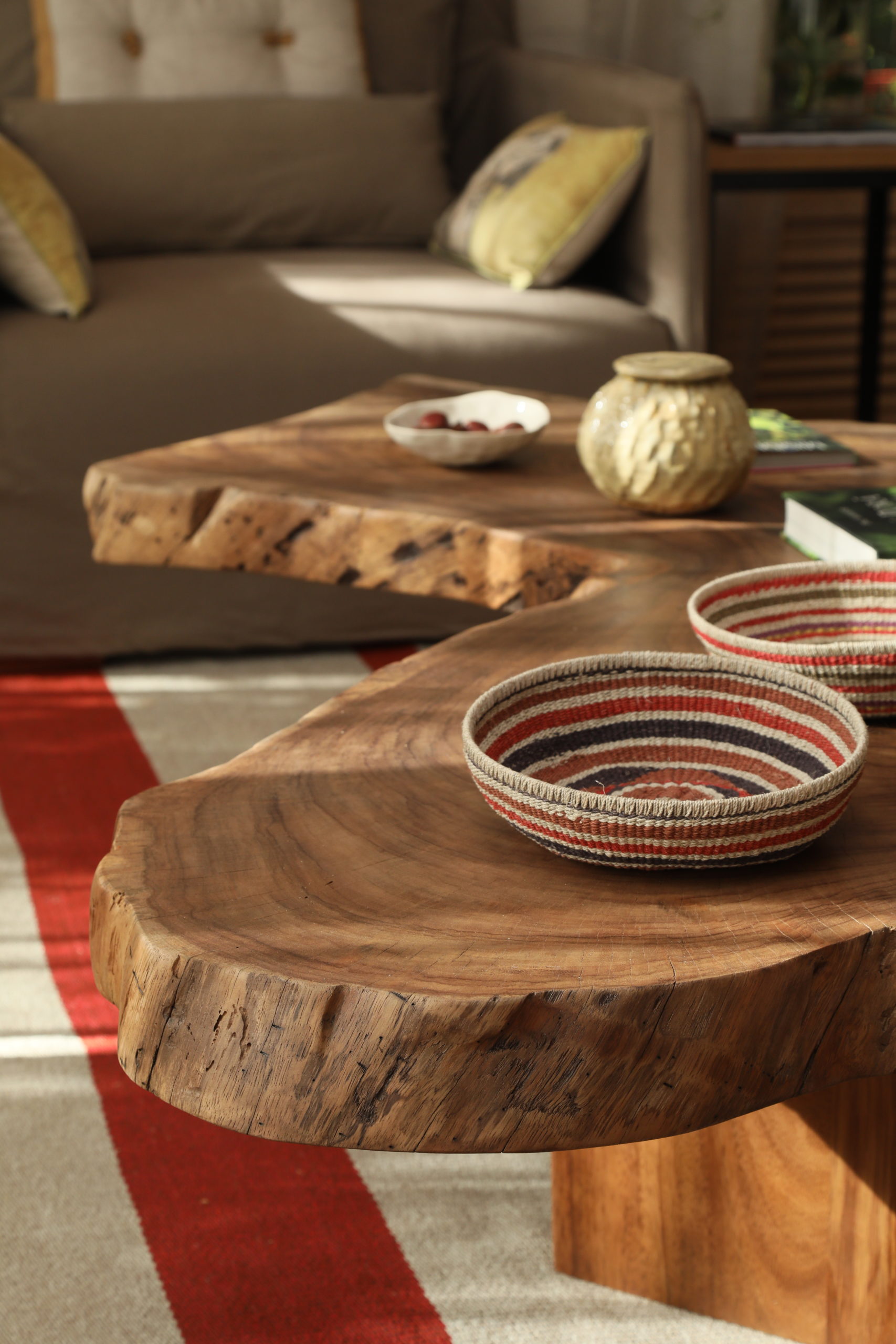 The rhythmic repetition as patterns reappear becomes a constant element, reminiscent of the rhythms and sounds present in Guaraní music. The design of each basket is unique, based on the whims and inspirations of the weaver, yet shaped by influences repeated since the beginning of time.

Mbya Guarani Community – The native inhabitants of these lands are still very present in the area, and their ancient culture, language and art strongly influence everyday life in Misiones.

A Team of Many Talents - Agustín Fontana, Musician